With each passing day inflation rates soar to sky-high levels. Prices of groceries, fuel, and housing are rising astronomically every week. As Americans struggle to afford basic necessities, the United States government is hemorrhaging billions of dollars overseas. Simultaneously, domestic supply chain issues have left shelves increasingly barren, and rampant shortages are impacting the lives of millions. Unfortunately, citizens must now brace for yet another unexpected blow.

Countless food manufacturing facilities nationwide are being destroyed by a mysterious surge in fires. Could these bizarre blazes be mere coincidence or is something insidious unfolding behind the scenes?

While Billy Boy is accumulating vast amounts of farmland and Department of Agriculture representatives move towards edible nanotechnology, a series of peculiar structural fires have swept across the country. Beginning in late 2021, major production plants are burning down at an alarming rate.

One can’t help but wonder: what is the statistical probability of such catastrophic instances repeatedly taking place at critical locations? Take a look at this chronological list that documents targeted sites and decide for yourself. 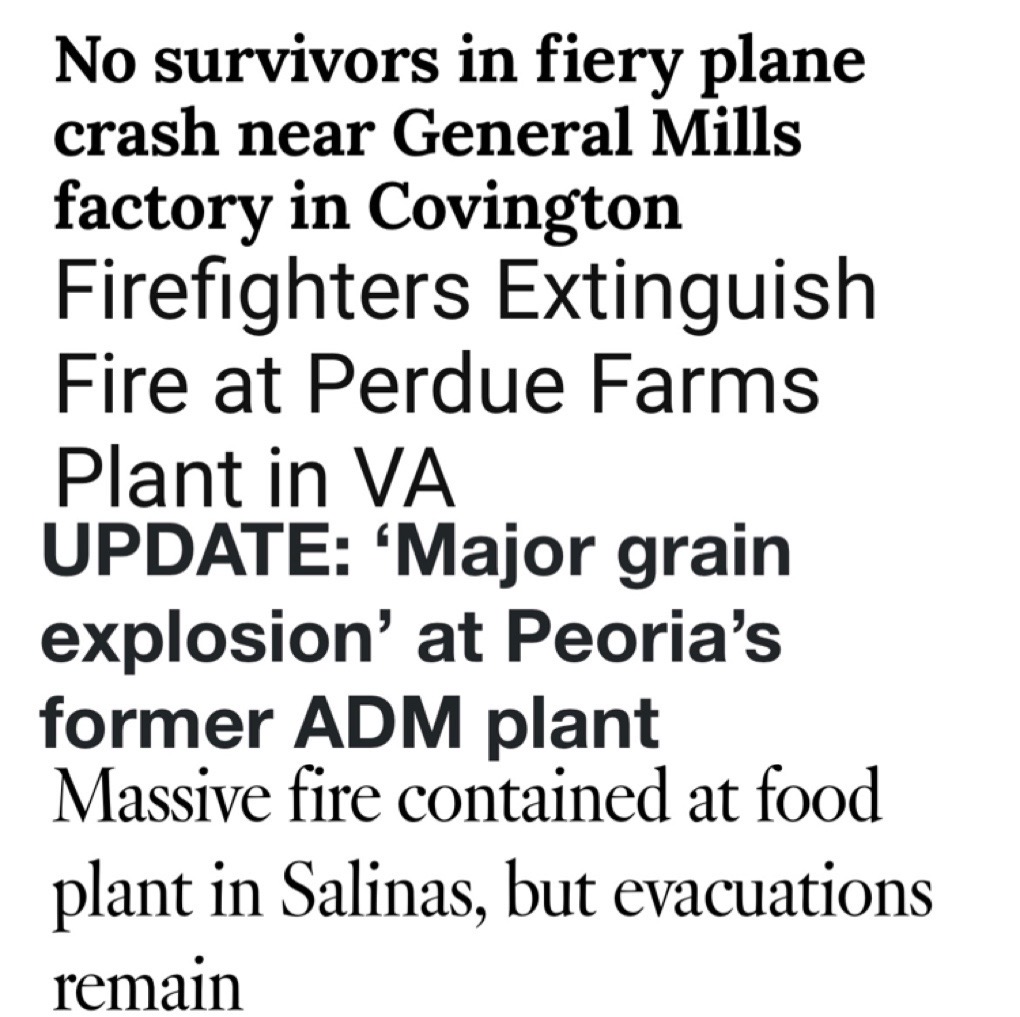 Modern warfare has evolved into a covert operation targeting the very foundation of human survival. Increasing food costs combined with manufactured scarcity could have horrific consequences on society. Desperate people may turn to the state for help. Dependence creates subservience and those who do not obey will go hungry.

Independence is the greatest act of rebellion. Now is the time to make preparations for you and your loved ones. Stock up on nonperishables or grow a garden. Get to know your neighbors and build communities with like-minded individuals. In an era where the powers-that-be seek to divide us, true revolution can only occur through unity.