Hillforts are typically European erections of the Bronze and Iron Ages. They were fortified or defended settlements usually located at a natural height which people took advantage of to protect themselves against attackers and intruders. Researchers in Norway are now studying whether hillforts had any other functions apart from their defensive purpose, and are testing many interesting hypotheses against available evidence, reports the online newspaper Sciencenorway.no.

Around 450 of these structures have been located across Norway, the largest concentration being in Rogaland County. The forts were located close to roads and villages and were built at places that were easy to defend, such as crags and peaks or even islands. They consisted of stone walls or earthworks. Sometimes long pointed sticks called palisades were stuck into the walls.

Not many remains have been uncovered from these structures but animal bone, ceramic fragments and remains of stone walls are commonly found, according to the Magma Geopark website . Magma Geopark ranks as a UNESCO Global Geopark and has several hillforts located within its boundaries.

In fact, Norwegian archaeologists have been studying the hillforts of the country from the time that archaeology as a serious discipline first became established in Norway in the 19th century. It was believed that villagers sought refuge behind these stone erections set up at inaccessible heights if their villages were under attack. While this defensive function of hillforts is still believed to be paramount, their other possible uses are also being explored. 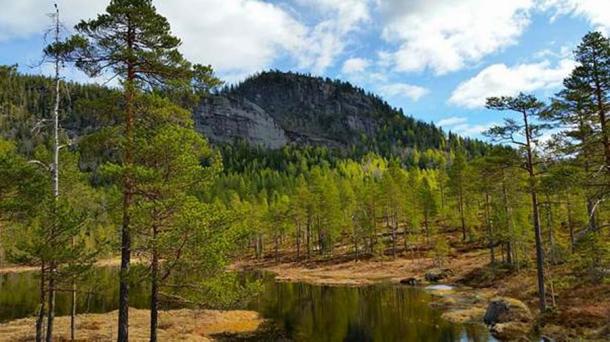 Tjuvenborgen (which translates roughly as the Thief’s Fortress) is in a steep and inaccessible location in the Ådals mountains in Ringerike municipality. This is one of many hill forts described in legends and stories. (Hansemann/ CC BY-SA 3.0 )

A Refuge in Conflict-ridden Times

Archaeologist Ingrid Ystgaard, from the Norwegian University of Science and Technology (NTNU) in Trondheim, told Sciencenorway.no, “Many people have interpreted these hill forts as defense related. What we can say with some certainty is that these structures were used in special situations, some of them probably conflict-filled situations.”

That is why most of the hillforts date from the Late Roman period to the Migration period, roughly between 200 and 600 AD. In the Late Roman period, some local farmers became chieftains and gained power and wealth that needed protection. In the Migration period, as the Roman Empire fell apart around 400 AD and other Germanic tribes migrated northwards, local chieftains’ need for fortifications became stronger and many more hillforts were built.

“The younger Roman Period and the Migration Period are times when societies in Northern Europe dramatically changed. People as individuals could quickly amass great power during this time. But they could lose power just as quickly,” Ystgaard said. Norwegian society before and after this band of time was less prone to individual power. But, Ystgaard added, “We know of hill forts that are most likely both older and younger than this time period. We also know of some examples of hill forts that were used during the Viking Age. But hardly any new forts were built in the Viking Age.” 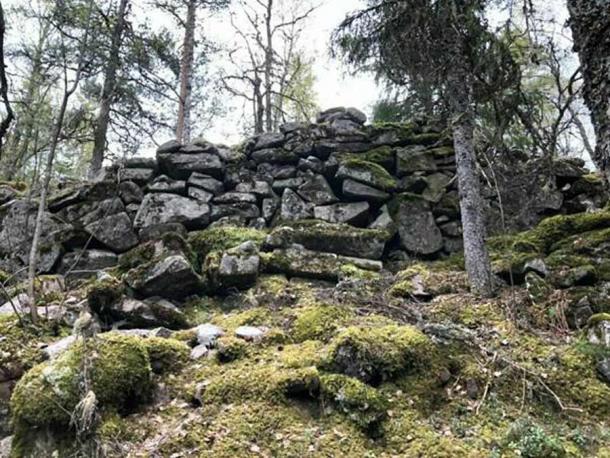 A wall built around the Andorsrud fort in Øvre Eiker in Buskerud, Norway. ( Kristine Friis Jørgensen )

The Hillforts of Norway Fall into Disuse

With power increasingly being inherited during the Merovingian period (550-800 AD) and even more so the Viking period (800-1050 AD), conflict shifted upward in Norwegian society, though it did not, of course disappear.

Conflict was no longer just local and nor was it likely to be between neighboring families and villages. For this reason, local hillforts largely fell into disuse by the time the Viking Age approached in Norway.

What Other Purposes Could Hillforts Have?

One of the most interesting theories about alternative uses of hillforts, Ystgaard told Sciencenorway.no, comes from Swedish archaeologist Michael Olaussen, who has pointed to the possibility of some of the hillforts actually being large fortified farms. “These were places where people in power could live for several years in more protected areas during a turbulent time. This may have been the case, especially where we see that there was access to water and arable land nearby.”

According to Ystgaard, ongoing research also suggests that some of the hillforts could have been permanent settlements. This is what Trygve Bernt, who has studied four hillforts in Øvre Eiker in Buskerud, believes his research indicates. Bernt has suggested that the hillforts were where the elite of the Buskerud area journeyed to barter luxury goods and prestigious items. In addition, the hillforts perhaps also served religious and cultic purposes.

However, other, smaller hillforts in Norway were located next to old traffic arteries. “These hill forts may have been more like checkpoints. During a turbulent time, it may have been important to have control over people who were travelling. Maybe people had to pay a toll to pass through.” According to Ystgaard.

But all in all, it was during turbulent times that the hillforts were most used. As Ystgaard said, “Looting wars were a reality during this period.” Vegar Marius Thorsen Hyttebakk, who has an armed forces background, studied 11 hillforts in the Steinkjer region and concluded that hillforts had a great defensive advantage. Not only did the height itself discourage attackers, the arrows and spears of the defenders also had far greater momentum and reach.

Perhaps Norwegian missionaries brought back the idea of hillforts from other countries in Europe. Thus, Norwegian hillforts could have been permanent settlements styled after British hillforts, German wallburgs, or höjdbosättningar/fornborgar in neighboring Sweden.

With Viken County’s Department of Cultural Heritage surveying 34 hillforts in Akershus, 26 in Buskerud and 65 in Østfold, more concrete evidence is likely to be available about the hillforts of Norway soon.