A potentially corrupt priest, an ancestral link to Jesus Christ and hidden treasure, the story of Bérenger Saunière and Rennes-le-Château is like something one would expect to see in movie theaters, not in history books. When the small-town French priest claimed to have located an enormous amount of treasure in the 1890s, he unknowingly put into motion a story which would continue to develop long after his death.

What, if anything did the priest Bérenger Saunière find hidden in his dilapidated church during renovation work? How was a French author able the use the story in the 1960s in order to claim his own ancestral link to Jesus Christ? And how does this story link to Dan Brown’s bestselling novel The Da Vinci Code ? 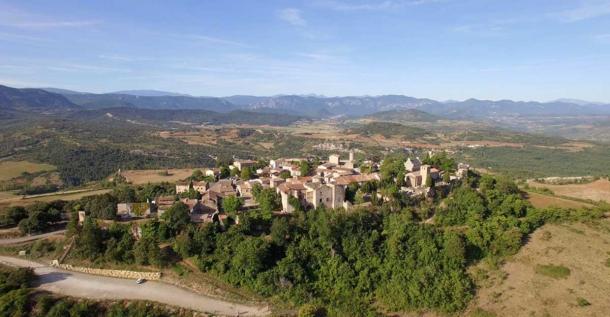 Bérenger Saunière and the Initial Discovery at Rennes-le-Château

Bérenger Saunière (1852-1917), a French Roman Catholic priest originally from Montazels found himself in Rennes-le-Château after being transported there for supposedly being “too independent.” Upon his arrival, he was greeted with a run-down church in need of renovation and a tiny village with 300 inhabitants – this certainly wasn’t a promotion.

It’s difficult to decipher what actually happened when Saunière began the renovations, as the sources are a little murky. Some sources claim that the priest found ancient parchments, another says he found gold coins. What we know for certain is that he found the Knight’s Stone, known in French as the Dalle des Chevaliers .

The Knight’s Stone was a medieval carving depicting what seems to be a knight or a hunt. The stone is said to have originally been the cover stone of the crypt which lies beneath the church. Saunière allegedly found the stone lying face down and enlisted the help of two local workmen, Adrien Marre and Fèliciean Marceau, to lift it.

Legend has it that the priest found a small hole underneath the stone in which was located a small pot which contained some gold coins, a Visigoth (ancient German people operating during the Roman period) necklace and a gold chalice from around the 13th century. Apparently Saunière told the workmen that he had stumbled upon worthless medallions and then sent them away. Ironically, he did not realize the importance of the stone itself as he used it as a stepping stone for the Calvaire where it was later re-discovered in the 1920s. 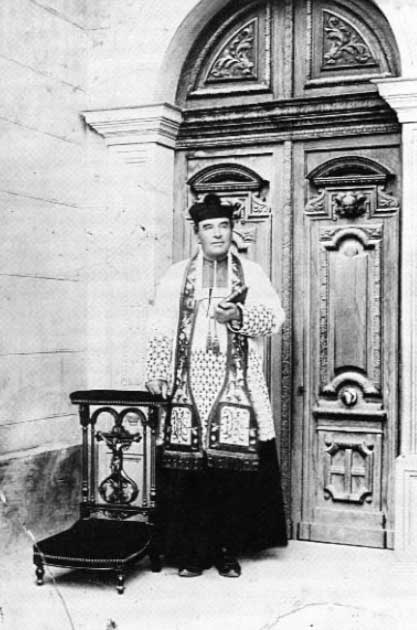 Rumors of Treasure: Bérenger Saunière and his Newfound Wealth

Whatever Bérenger Saunière had located, whether it was treasure or not, he started to behave rather oddly. There are claims that he was seen in the night, accompanied by his young housekeeper, Marie Denarnaud, digging up graves within the grounds of his church. Eventually, the city council filed a complaint ordering them to stop disturbing graves.

After about five years of strange behavior and digging, the priest, who was meant to be earning minimum wage, suddenly seemed to be extremely wealthy. Individuals claimed he began spending lavishly and decorating the church, buying several plots of land and building himself an impressive estate called Villa Bethania.

The estate included a large tower (the Magdala Tower) where he studied, a garden with a pool, an orangery and even a cage of monkeys. Saunière even went as far as to move in his young housekeeper, her brother and her father. Of course, the inhabitants of the village were not blind to Saunière’s odd behavior and they soon noticed this extreme change. To their questions, the priest simply replied that it was God’s blessing which had made him so rich. But rumors began to grow that he had located treasure somewhere.

Historians today equate this accumulation of wealth to a much more plausible explanation. Many claim that Saunière was simply selling masses for money (or mass trafficking). Despite the evidence, for some it is not so black and white. There is evidence that even if the priest was mass trafficking, there is no way he could have amassed the wealth he did from that pursuit alone.

Detailed analysis of his accounts and records show that he had received 110,000 requests to say mass, which is a lot more than he could have ever said considering that a priest could only say mass three times a day. In 1880 the rate for a mass was one Franc (this rose to 1.5 by the time of Saunière’s death). Therefore, from selling masses, he could have only earned about 150,000 Francs, which is less than a quarter of the supposed fortune he accumulated.

It is thus plausible, to some, to assume that he must have made some kind of discovery during his lifetime to acquire such a fortune. Nevertheless, when he died in 1917, Berenger Saunière did not have a penny to his name. He left his estate to his housekeeper, Marie Denarnaud, who struggled to keep it for 30 years and even had to resort to selling pieces of it to support herself. 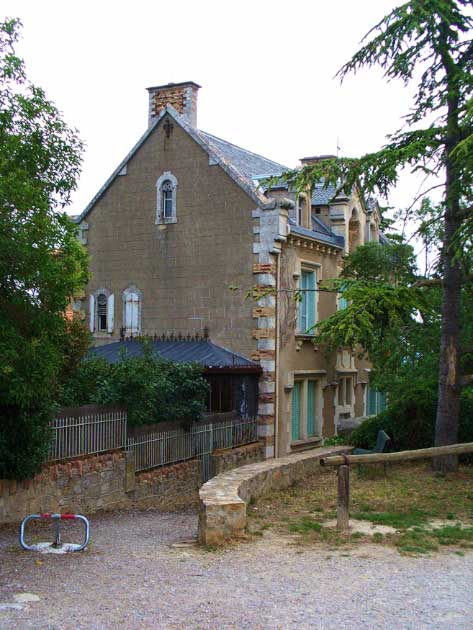 Villa Bethania in Rennes-le-Château was the estate of Berenger Saunière and was later purchased by Noël Corbu. ( Hawobo / CC BY-SA 3.0 )

In 1946, a man named Noël Corbu bought the estate off the struggling Marie. With a knowledge of Saunière’s story, Corbu foresaw the potential it had to draw people in and so opened a restaurant on the estate. He also searched the property for any clues as to where the treasure was or what had happened to it but found nothing.

It is said that Marie promised to disclose a secret to Corbu on her deathbed which would make him powerful and rich. Unfortunately for Corbu, he never heard the secret. Some weeks before she passed away, Marie had a fit which left her unable to talk or write which meant this secret died with her.

Corbu therefore decided to fabricate Saunière’s original story and what we hear today is largely down to Corbu. Unfortunately, due to the passage of time and the destruction of records, it is impossible now to distinguish fact from fiction. A lot of the stories told about Berenger Saunière today are a mixture of both, making them even harder to dissect.

The story Corbu developed claimed that the priest had found a collection of coins that had been hidden by Blanche of Castille (1188 to 1252). Blanche was not just the Queen of France by marriage to Louis VII, but also a princess of Castile in her own right. Her father was Alfonso VIII , King of Castile, and Eleanor of England, sister of King John of England. Corbu claimed that he had only found a portion of the fortune and that the rest was still hidden. 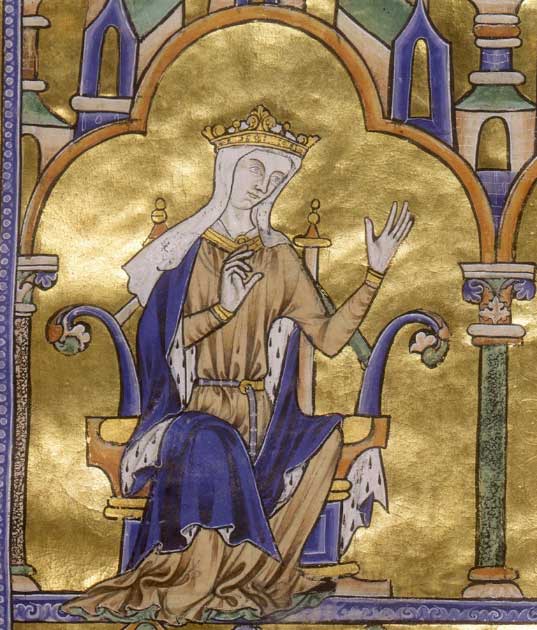 Noël Corbu claimed that the famed treasure had been hidden by Blanche of Castille. ( Public domain )

Corbu’s claim were to some degree substantiated by stories of a shepherd called Ignace Paris who back in 1645 found some coins on the land which is now Rennes-le-Château. The legend tells that Paris was killed when he made it known he had located the treasure. The story attracted much attention and in 1661 was reported on by Lean Loret in his magazine La Muze Historique .

Due to the media stir it caused, it seems possible that the story is in part true. Something interesting must have occurred due to the fact that many rich and powerful people became involved. However, it is unclear today exactly what took place in early modern Rennes-le-Château. Notwithstanind, Corbu’s fabricated story reached an even wider audience when, in 1956, a local newspaper published an interview with him. It brought even more visitors to the little village and, conveniently, to Corbu’s restaurant.

Pierre Plantard, the future founder of the Priory of Sion, was intrigued by the story of Berenger Sauniere. ( Sendero Revolucionario )

Pierre Plantard, the Priory of Sion and Jesus Christ

By the 1960s, the story had caught the attention of the French draughtsman and future founder of the Priory of Sion, Pierre Plantard . The Priory of Sion was a secret society that, Plantard claimed, had begun in 1099 with the goal of reinstating the Merovingian Kings in France.

The Merovingian Kings were the rulers of France until the seventh century. The line died out when the last heir passed away, however Plantard and his secret society claimed that one son had in fact escaped. This son had apparently fled to Rennes-le-Château and conveniently happened to be Plantard’s great-great-grandfather.

Plantard travelled to Rennes-le-Château to discuss treasure stories with Corbu. They came to the conclusion that Saunière hadn’t actually located Blanche’s treasure but had in fact found parchments which proved that the Merovingian bloodline still existed.

Shortly after this discussion Corbu did another interview, but this time there was no mention of Blanche and her treasure. Instead Corbu spoke of the priest and his parchments. Corbu made it clear that these parchments provided evidence of the Merovingian bloodline and proved that it still existed.

The manuscript itself was one that Plantard had already written but failed to find a publisher for. De Sède extensively rewrote the book and eventually managed to find a publisher. In this book, the story was told as historical fact and copies of two of the parchments were included as proof. However, these parchments soon turned out to be fakes, forged by a man named Philippe de Cherisey and planted in the National Library of France. 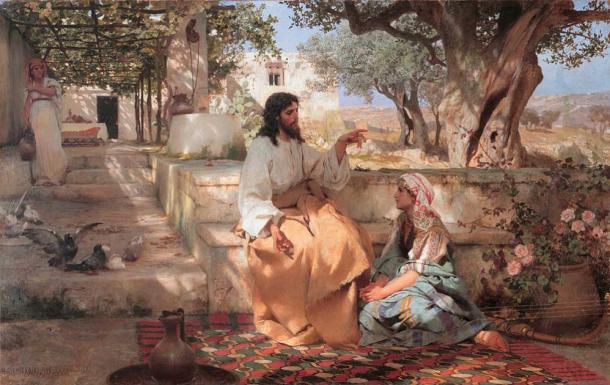 Christ in the House of Martha and Mary by Henryk Siemiradzki. ( Public domain )

De Sède’s book gained the attention of the BBC in Great Britain. They picked up the story and made a documentary series on the topic which in turn led to another book in 1982 called Holy Blood, Holy Grail written by Michael Baigent, Richard Leigh and Henry Lincoln.

Holy Blood, Holy Grail expanded on the story developed by Corbu and Plantard and claimed that Jesus had married Mary Magdalene and had at least one child with her. After his crucifixion, Mary had fled to France with this child and perhaps others. The descents of Jesus Christ then married into what would become the Merovingian line. This meant that not only was Plantard’s lineage linked to a line of French Kings, but it also linked him to Jesus himself. Plantard was not the only descendant of this line, however, and this is why the Priory of Sion had been created – to protect these individuals.

This book, Holy Blood, Holy Grail then inspired the author Dan Brown, who in 2003 wrote his bestseller The Da Vinci Code . He even named one of his characters Jacques Saunière after the original priest.

The story of Bérenger Saunière demonstrates how fact and legend often become intertwined in the tales of history. As stories are passed from generation to generation they form as a snowball does, gathering more snow with each turn until the real story is buried deep within layers of fabrication and myth. The story is illustrative of the struggle historians and archaeologists face when it comes to authenticating historical claims and the difficulty in accepting the fact that sometimes we may simply never know the truth.