After two years of hard work, scholars have now finished an Old-French-to-English translation of a centuries-old manuscript that tells of the adventures of Merlin the Magician , King Arthur, and other well-known characters from the legendary Arthurian tales . The 13th century Merlin manuscript was discovered by chance in 2019, hidden inside the pages of an entirely unrelated book. No one is certain how it got there, but its translation has revealed new details about the original versions of some of modern literature’s favorite tales. 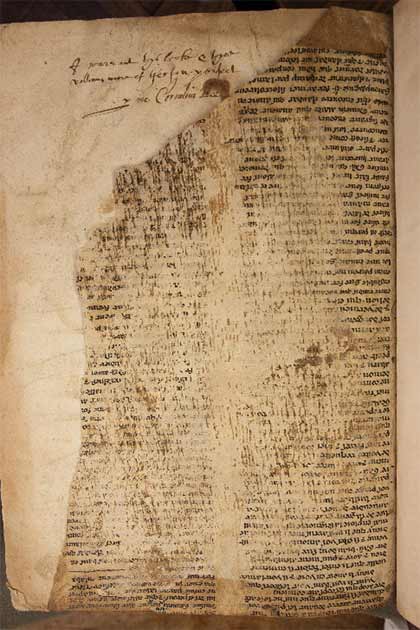 A close-up of one of the fragments showing damage to the text and an inscription in the host volume. (Don Hooper / University of Bristol )

Discovery of the Merlin Manuscript

The translated text consists of seven parchment pages, which are believed to be approximately 770 years old. “We were able to date the manuscript from which the fragments were taken to around 1250 to 1275 through a palaeographic (handwriting) analysis,” study participant and medieval literature professor Dr. Leah Tether said in a press release issued by the University of Bristol.

The story of how the manuscript fragment was initially recovered is quite extraordinary and was first reported by Ancient Origins in February 2019. Michael Richardson, who works at the University of Bristol’s Special Collections Library, was paging through a rare 15th century four-volume copy of the works of the famed French philosopher Jean Gerson.

As he did so, he was stunned to discover some old handwritten parchments that had been inserted randomly into the Gerson book. While he couldn’t translate them completely, he recognized various familiar names from the Arthurian legends . Richardson passed the papers on to Dr. Tether, who in addition to being a university professor is also the President of the International Arthurian Society. Dr. Tether assembled a team of experts to analyze and translate the parchments in their entirety. 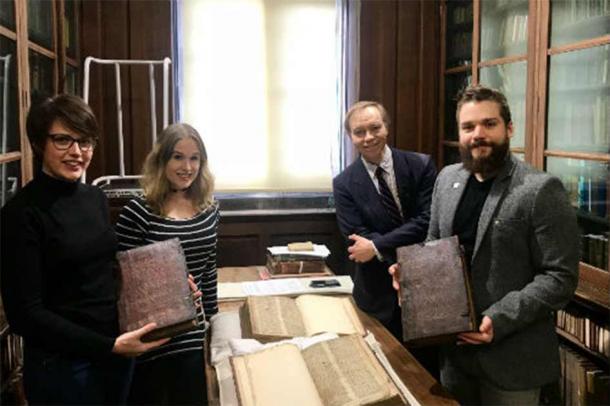 Leah Tether, Laura Chuhan Campbell, Michael Richardson, and Benjamin Pohl, the team of experts who investigated whether the Merlin manuscript held any secret about the legends of Arthur, Merlin, and the Holy Grail. ( University of Bristol )

Analysis of the Early Merlin Manuscript

One of their discoveries was that the manuscript had apparently been transported from France to England long ago. “We were also able to place the manuscript in England as early as 1300–1350 thanks to an annotation in a margin — again, we were able to date the handwriting, and identify it as an English hand,” Dr. Tether said.

As for their contents, the documents in question have been revealed to contain a long passage from a 13th century set of French texts known as the Vulgate or Lancelot-Grail Cycle . The latter work, which is broken down into five separate parts, was used as a source by Sir Thomas Malory, whose 15th century classic Le Morte d’Arthur has provided the basis for modern stories about King Arthur, Merlin, and Camelot.

The translated 13th century passage comes from the second section (the Vulgate Suite de Merlin) of the second part (Prose Merlin) of the Lancelot-Grail cycle . The Vulgate Suite de Merlin describes events that occurred in his court after Arthur had been crowned as king of Britain. “The Suite Vulgate du Merlin was written in about 1220–1225,” Tether explained. “So, this puts the Bristol manuscript within a generation of the narrative’s original authorship.” 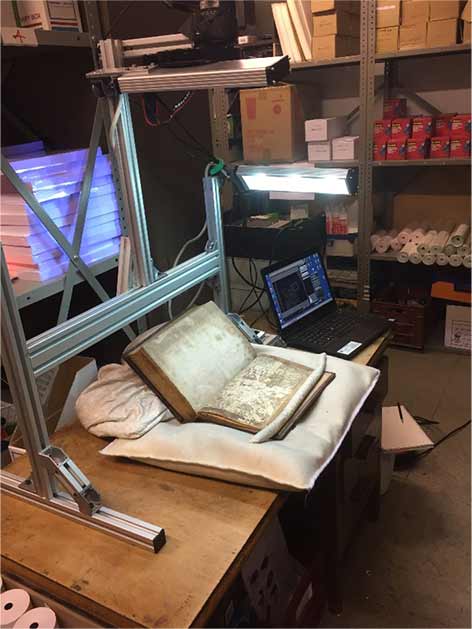 The scholars recruited by Dr. Tether were able to translate some of the manuscript relatively quickly. But some sections of the Merlin manuscript were difficult to read and they needed help to complete the process. That’s why they turned to Durham University chemist Andy Beeby, who along with his colleagues has developed a mobile spectrometer specifically designed to bring out hidden details in ancient manuscripts.

“We captured images of damaged sections and, through digital processing, could read some parts of the text more clearly,” Dr. Tether explained. With the assistance of this technology, Dr. Tether’s team was able to complete the translation of the manuscript from Old French to English this year.

In the translated passage, the reader is treated to thrilling stories about the battles between King Arthur and his great rival King Claudas, the infamous ruler of the Terre Deserte , the “Land Laid Waste” of Arthurian legends believed to be in central France. Other stories detail the ill-fated romance of Merlin and the Lady of the Lake , Viviane, a relationship that ultimately led to Merlin’s demise. 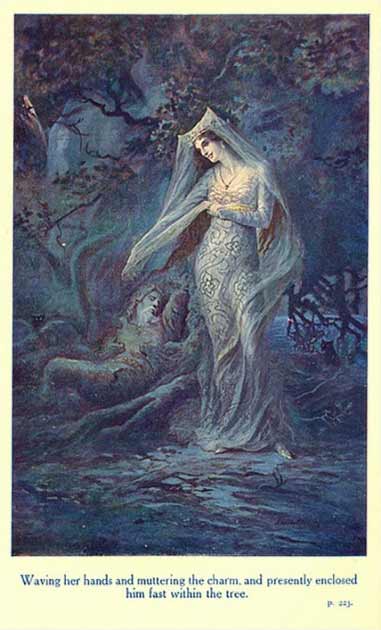 How Ancient Legends Evolve Through Time

For the most part, the story is the same as told in later, more modern versions of the Arthurian tales. But there were some small differences. For example, when Merlin was assigned to select leaders for the four divisions of Arthur’s forces, before they were sent into battle against Claudas, the men he chose were different than those mentioned in modern stories. Also, the war wounds Claudas received in battle were described in more graphic detail in the 13th century manuscript, implying he’d been rendered impotent as a result of those wounds.

Perhaps most interestingly, the outcome of an encounter between Merlin and the enchantress Viviane ended differently in the medieval manuscript. Rather than being seduced and permanently imprisoned by the devious Viviane, as he is in modern versions of the story, Merlin was allowed to return safely to Arthur’s side before Viviane could act against him, although presumably he would still meet a sad fate at her hands later on.

Such variations aren’t major. But they do demonstrate how the stories of King Arthur , Merlin, Lancelot, and the Quest for the Holy Grail might have evolved over time to fit the expectations and interests of new audiences.

The Miraculous Recovery of a Lost Manuscript

There is no way to know for sure how the French Arthurian Merlin manuscript made it to England 700 years ago. Nevertheless, Dr. Tether and her research team suspect that the person who brought them into the Bristol collection was Tobias Matthew. Matthew served as Archbishop of York from 1606 to 1628. He was an avid book collector for most of his life and when he co-founded the Bristol Public Library in 1613 he donated a significant number of his books to build up the library’s stock.

Like all book collectors, Matthew purchased books from a wide variety of sources. He most likely bought the Gerson volume that contained the Arthurian passage from one of these individuals, without realizing what he actually had. It took incredibly good fortune for the hidden manuscript to be found. But found it was, and thanks to the tireless work of dedicated scholars it has now been released to the public in English for anyone to read in the newly published book The Bristol Merlin: Revealing the Secrets of a Medieval Fragment which is available from ARC Humanities Press.

Top image: Detail from one of the fragments showing the name Merlin.  Source: University of Bristol