For probably over 2,000 years in antiquity, mystery rites were celebrated in many different cities stretching from parts of Europe and Africa all the way to India. There were many variations to the rituals and explanations for their meaning. But the use of ‘mysteries’, in this context, is a translation from “ muein,” which specifically had to do with secrets, that were shared only with initiates ( mystai). A variant of these rites took place under one tradition as the Orphic Mysteries near Athens – Orpheus descended and returned from the Underworld. Orpheus’ death in this myth was seen as an allegory for peaceful societies inevitably succumbing to barbarism. Under another tradition, also near Athens, the Eleusinian Mysteries were practiced. The island of Crete had a rites celebration that was anciently attributed to being the origin of the Greek mysteries and was not secretive like many of the others; in Mesopotamia there were the rites of Zoë and Bios; in Egypt and Crete rites centered around a great mother and her son-lover, and as far away as India there was a similar ceremony of the Sivite women. The secret known only to the initiates in some cases, was said to be the identity of Persephone, while in another case it could have referred to the goddess Persephone’s association with pomegranates, as she was often depicted holding them. The many variations of the rituals and their associated myths make it difficult to establish the original meaning of the rituals, but many clues were left behind. 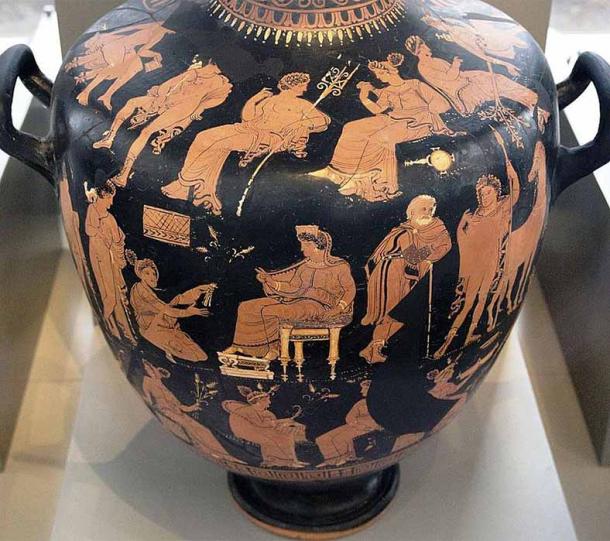 An ancient, significant, and widespread example of the mystery rites was a ceremony called Thesmophoria. The word ‘ Thesmophoria’ implies the ‘giving of law,’ and indicates that the rites were a celebration of the founding of law, order and civilization. The general, common explanations for the rites center the ritual on the myth of a goddess, who is referred to by many different names or titles, even within a single locale. The general name given is Persephone, who according to myth, was said to have been abducted, or raped, by a male god, who is also given many different names or titles, but the general name used is Hades. In many cases, the myth contains two goddesses who represent mother and daughter, but it is believed that they originated from one goddess who were modelled as two personas portraying separate attributes of the same goddess.

Stephen Martin is a theology major and the author of Retaliation of the Cursed A Historical Investigation of The Origins of Worship, World Religion, Mythology, Paganism, Astrology and Atheism, and Their Contributions Leading to Modern Hinduism .