Towering over Istanbul atop one of its highest hills, Hagia Sophia has stood for over 1,500 years as an architectural wonder, one of the largest and most remarkable Christian churches ever built. Its numerous incarnations have continued from the sixth to the 21 centuries. Hagia Sophia, meaning ‘holy wisdom’, was commissioned by Emperor Justinian (482-565 AD) as the Imperial Byzantine cathedral for the capital city of the Roman Empire, the spiritual center of the Eastern Orthodox Church. Hagia Sophia is the third Christian cathedral on the site; all built within 200 years. The first Christian cathedral on the site was a basilica-style church commissioned by Roman Emperor Constantine I and was inaugurated in 360 AD. This initial church was partially burned and after a long reconstruction it was inaugurated in its second incarnation in 415 AD by Emperor Theodosius II. 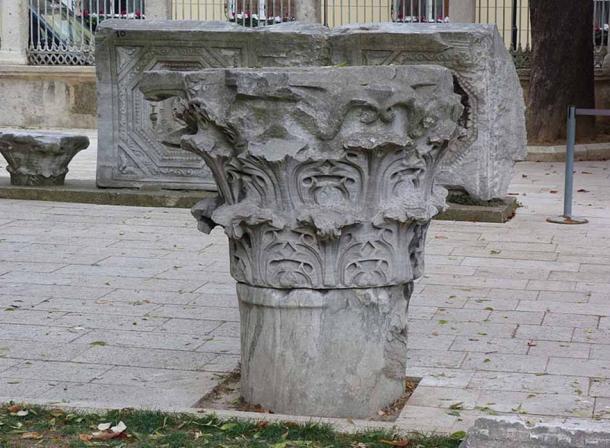 Theodosian capital for a column, one of the few remains of the church of Theodosius II ( Derzsi Elekes Andor / CC BY-SA 4.0 )

This second basilica church stood for more than 100 years until 532 AD when it was looted and burned again during civil riots. Within just 39 days of its destruction, Emperor Justinian quickly began building over the charred ruins. He initiated the construction of a new church that would be entirely different in style and size, his glorious new “ Megalo ecclesia ” or colossal church. He had it designed to serve as the patriarchal cathedral of the imperial capital of his vast empire. 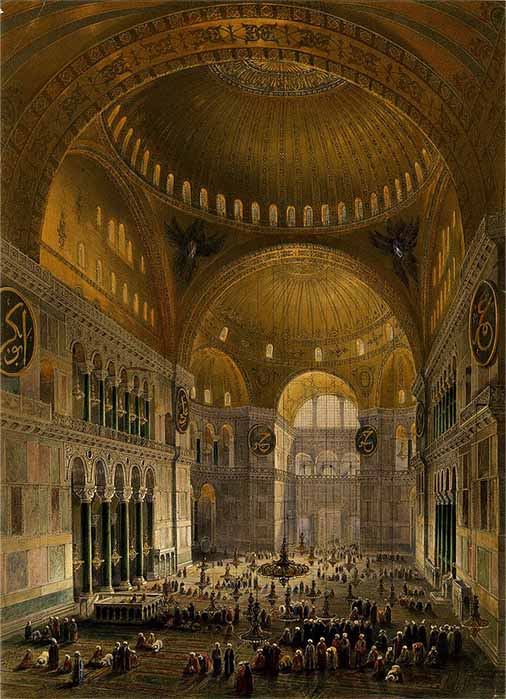 Gaspare Fossati’s 1852 depiction of the Hagia Sophia as a mosque, after his and his brother’s renovation. Lithograph by Louis Haghe. ( Public Domain )

After the Ottoman Empire conquered Constantinople in 1453, Sultan Mehmed II (1432-1481) immediately converted Justinian’s renowned cathedral into the city’s principal Islamic Mosque. For almost 500 years Hagia Sophia remained an active mosque until 1931 when Turkey was ruled by military leader Mustafa Kemal Ataturk (c1881-1938) who established the Republic of Turkey. His reign determined the mosque’s next incarnation. 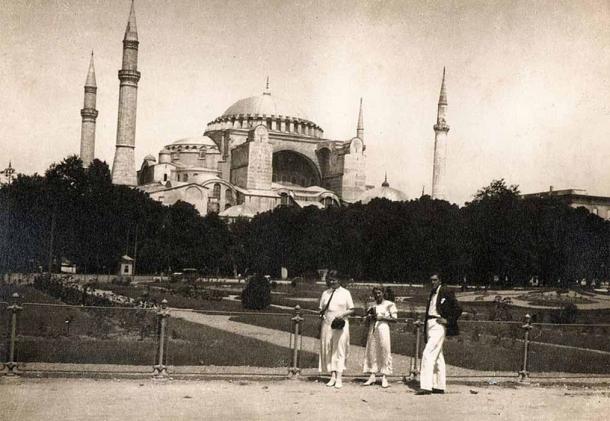 The enormous church/mosque had deteriorated greatly over time and was closed to the public for four years and thoroughly modernized. Then in 1935 the historical sanctuary was re-opened, not as a religious structure, but as a museum operated by the secular Republic of Turkey. As a museum the magnificent complex of Hagia Sophia remained one of the most visited and admired architectural masterpieces ever created.

Dr Marion Dolan received her PhD from the University of Pittsburgh, majoring in Medieval manuscripts, minoring in Medieval architecture and history of astronomy. She is the author of several books including The Monk and the Antichrist: A Novel of Passion in the Middle Ages