The number of alien species in the universe is the subject of numerous hypotheses. Entities from outer space have been spotted by many UFO enthusiasts, abductees, and even members of the government.

Alex Collier is the only person who has talked to aliens from Andromeda (i.e. Andromedans) and given detailed information about them. Many of his interviews focused on the impact that various extraterrestrial species have had on the human race. 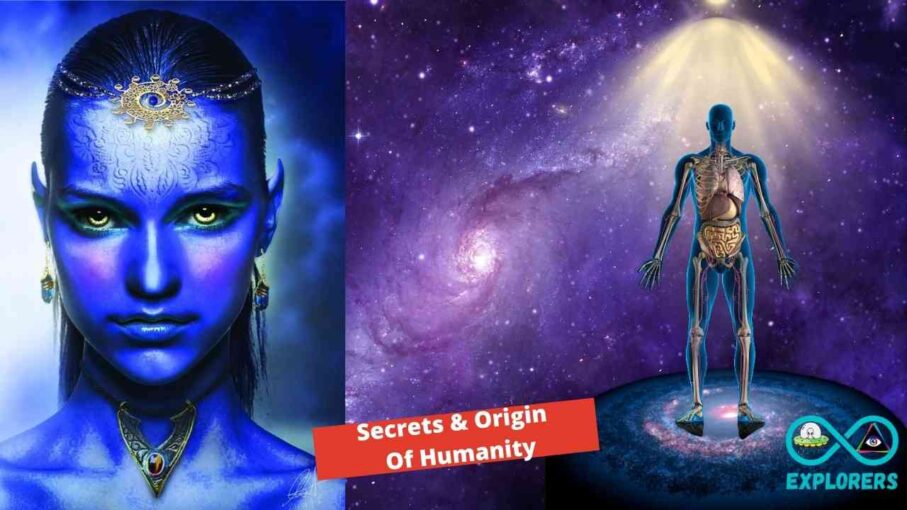 Collier is deemed believable by many well-known UFO enthusiasts, at least in the sense that he strives to relay as much information as possible from his encounters with the Andromedans. From his earliest years as a child to the middle of his adolescence, he had regular encounters with extraterrestrial life.

After a break of several years, during which he served as a helicopter pilot in the U.S. Army, the contact started up again in 1985.

When Collier encountered the two Andromedans, they became his mentors and brought him on board their spacecraft for a three-month period where they exposed Collier to the teachings of the Andromedans. The Andromedans told him about the spirituality of the universe, life in the universe, and Earth’s place in the history of the galaxy.

The Andromedans are “one of the thousands of extraterrestrial races in existence.” Andromedans are humans with bluish skin and are taller than 2 metres. All human life forms began in the Lyra Constellation, according to Collier, author of “Defending Sacred Ground: The Andromedan Compendium.” But a war made their stars blow up, so people had to move to other parts of the galaxy to stay alive.

According to Collier, the variety of skin tones is because people have varied DNA and are exposed to different celestial bodies. In the Andromeda constellation, the Andromeda Beings are one of the oldest societies.

The Andromeda civilization has a single government and is 4,700 years more spiritually and 5,000 years more technologically advanced than we are, regardless of where it exists in the constellation.

They do, however, strike a healthy balance between the spiritual and technological aspects of their lives. To put it another way, they use technology to progress spiritually.

This is due to the fact that there are multiple levels of dimensions. We are in the third dimension right now. We haven’t yet gotten to the fourth, let alone the fifth. Conscience is what differentiates the third and fourth dimensions.

There is a collective consciousness in the fourth dimension since everyone is telepathic and can read each other’s minds. As a result, each individual is genuine, open, and free of hidden agendas. A being becomes clairvoyant when they enter this dimension because energy systems and fields may be observed in this state of consciousness.

The judicial system will be able to make decisions based on the energy fields, yet dualities will persist and judgment processes will be altered. Andromeda’s inhabitants have never known a society as tyrannical as ours. The fact that the Andromedans have studied all the sciences makes them telepathic and clairvoyant.

In every incarnation, all souls are aware of themselves and where they are headed, and they know who they are and what their prior incarnations were like. As a bonus, they can watch their evolution in the afterlife.

According to Collier, who has asserted this in numerous interviews, there are “regressive” aliens controlling the Earth. Those aliens arrived on Earth from the Alpha Draconis star system. According to him, humanity is divided by two philosophical belief systems.

One conveys love and freedom of choice, while the other demonstrates control and resource use. He claims that the Andromedans are the result of human DNA manipulation. Earth has been manipulated extensively over 5,700 years. However, the aliens from Orion began manipulating human DNA structure 14,000 years ago.

According to Collier, in his final lecture before he retired from the UFO lecture circuit in 2002, aliens from an ancient race known as the “Founders” are responsible for creating the planets’ ecosystems and making them habitable. “Paa Tal” is the name given to this ancient alien race by the Andromedans and the Pleiadians.

He even said that these aliens could get rid of a planet’s moons to change the distance between the planet and its sun and control the amount of radiation. The Andromedans are said to have the ability to build a solar system.

We’re around 4,300 to 4,500 years behind the Andromedans when it comes to technology, according to Collier. They do not count years in the same way as we do on Earth, in 365 days. According to many extraterrestrials, one year is the time it takes for every cell in their body to copy itself, which takes around 34 years.

Collier claims that humans are made up of 22 different alien races. He estimated that the planets in the eight galaxies closest to our own have a total population of 135 billion people.

When he visited one of those potentially habitable planets, he said that because of Earth’s poor reputation, the inhabitants were terrified to see him. Throughout the cosmos, humans are the only species capable of enslaving and killing their own people for their own gain.