The shortest war in recorded history began at 9 am on August 27, 1896. It was over in less than three-quarters of an hour, with a shocking toll of 501 killed or wounded soldiers. This is the story of the little-known Anglo-Zanzibar War.

The tale begins in 1890 with the signing of the Heligoland-Zanzibar treaty between Britain and Germany. Germany was given control over Tanganyika (modern-day Tanzania) and Zanzibar was ceded to British influence. One of the big plans Britain had for Zanzibar was to abolish slavery, however this angered wealthy merchants and the ruling class, and Zanzibar’s Sultan Sayyid Ali ibn Saʿid resisted these orders until he died in 1893.

This was Britain’s chance to install Sultan Hamad bin Thuwaini, who would be more submissive to imperial rule.

On August 25, 1896, Hamad suddenly died in his palace, which may have been due to his cousin’s orders to have him poisoned. Within a few hours, that cousin, Prince Khalid bin Barghash, assumed the position of sultan and moved himself into the palace. 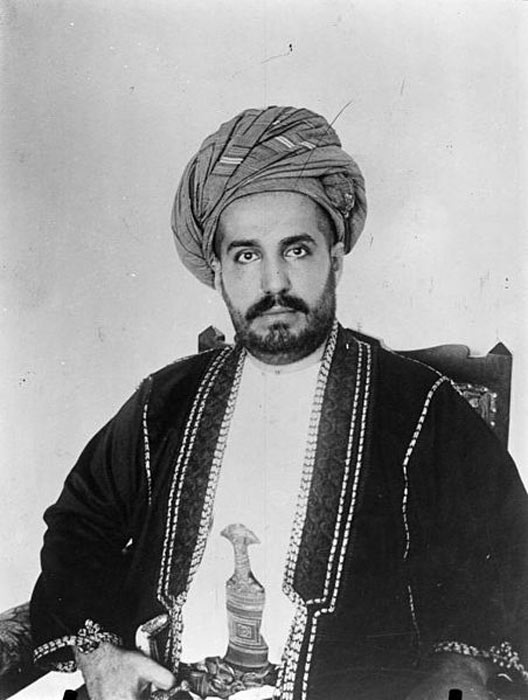 Khalid was a symbol of resistance against European interference in the region and about 3,000 of his soldiers and supporters joined him at the palace. The British ordered that he cede the throne to his cousin Hamoud bin Muhammed. Then, to prove their power, they assembled a force of 900 troops and placed five ships of the Royal Navy in the harbor near the palace.

Rear Admiral Harry Rawson sent the sultan an ultimatum, ordering he and his troops either leave the palace and surrender their weapons by 9 am the next day, or they would face a declaration of war. Khalid believed this to be an empty threat and he refused.

At 9 o’clock on August 27, 1896, Rawson ordered the ships open fire on the palace, which was soon engulfed in flames. In just 38 minutes the war was over, and the British had destroyed the defensive guns and killed or wounded 500 of the sultan’s men. One British soldier was also injured in the fray. That same afternoon the British placed their chosen ruler, Hamoud bin Muhammed, on the throne.

As for Khalid bin Barghash, he escaped the palace and sought asylum in the German consulate. The Germans helped him leave the country and he was only captured by the British in 1916, during WWI. After relinquishing his claims to the sultanate, Khalid was allowed to live in Mombasa. He died there in 1927. Slavery was abolished in Zanzibar in 1897.