Israel Antiquities Authority (IAA) archaeologists exploring an area of Jerusalem where a parking lot will soon be installed have uncovered something historically significant. Working on the grounds of the Mount Hutzavim industrial park, they excavated the remnants of an ancient quarry in Jerusalem that was used to supply construction materials during the period of the Second Temple, which ran from 516 BC to 70 AD.

Fittingly, the ancient Jerusalem quarry was dug up in a neighborhood known as Har Hozvim, which means “Quarrymen’s Hill” in English. This is one of many quarries that have been found north of the Old City of Jerusalem, where the precious building material known as Jerusalem limestone was harvested for centuries. 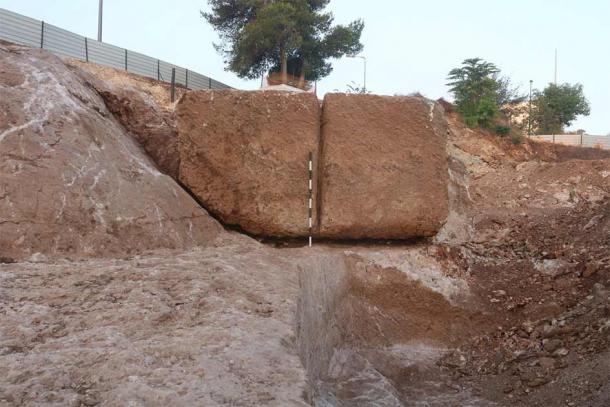 Limestone blocks that were about to be “harvested” at the newly discovered Jerusalem quarry dating from King Herod’s Second Temple building spree. ( Israel Antiquities Authority )

The limestone Jerusalem quarry at Har Hozvim appears to have been quite expansive. So far, IAA archaeologists have uncovered nearly 6,500 square feet (about 600 square meters) of quarry floor. They believe the original quarry was two-to-three times larger, meaning it would have been a major supplier of raw building materials during the time it was in use.

“The large building factories of the ancient time in Jerusalem, such as the Temple Mount , consumed a large amount of building materials and organizing and coordination capabilities for the purpose of crossing the thousands of building blocks into the ancient city,” said excavation director Moran Hagbi, in an Israel Antiquities Authority announcement introducing this exciting new discovery.

“Building blocks in various stages of working were discovered in the quarry,” Hagbi explained. “For example, we uncovered large, square blocks of stone about to be detached from the bedrock, prior to loading and transporting them to the ancient city.”

The biggest of these stone blocks were truly massive. They measured nearly seven feet (two meters) long and five feet wide (1.5 meters) wide and would have weighed several tons if they’d ever been fully detached and lifted out.

It is the size of these stones that has allowed the IAA experts to date the quarry to the Second Temple era. This is the one time in Jerusalem’s long history that such large blocks would have been needed for multiple construction projects.

It is likely that use of the quarry was especially heavy during the late Second Temple period, when Judea’s King Herod went on a monumental building spree. 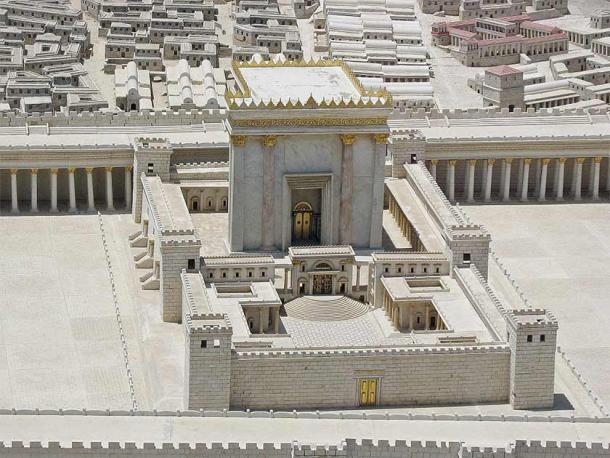 A model of Herod’s Temple, which became the Second Temple after being rebuilt by Herod in the Israel Museum. The model was created in 1966 as part of the Holyland Model of Jerusalem. And the latest Jerusalem quarry found at Har Hozvim would have supplied the huge stones needed to build large structures like this. (Ariely / CC BY 3.0 )

King Herod, who ruled the Roman province of Judea on behalf of the Roman Empire from approximately 36 BC to 1 BC, invested an enormous amount of time constructing gigantic monuments of various types. Herod’s ambitious projects required a steady supply of huge and heavy stone blocks, of exactly the type that were being harvested from the Har Hozvim quarry more than 2,000 years ago.

Like many other megalomaniacs throughout history, King Herod saw architecture as his route to immortality. He wanted to build humongous and long-lasting monuments to his own greatness, which would secure the admiration and respect of both present and future generations.

Herod’s list of large-scale, self-aggrandizing projects included the rebuilding and expansion of the Second Temple building complex, and the restructuring and refortification of the Temple Mount upon which it stood. He built impressive stone fortresses and palaces at places like Masada and Herodium, enclosed sacred sites like the Cave of the Patriarchs behind towering stone walls, and even ordered the construction of whole new cities, including Caesarea Maritima along the Mediterranean seacoast.

Signs of variation in quarrying methodologies show the quarry was also used to supply construction materials during the Byzantine era (the fourth to seventh centuries AD), when the Emperor Constantine and other Byzantine leaders launched grand building projects designed to convert Jerusalem into a center of Christian worship. It was apparently open as recently as the late 19th and early 20th centuries, before finally being abandoned and built over sometime after that. 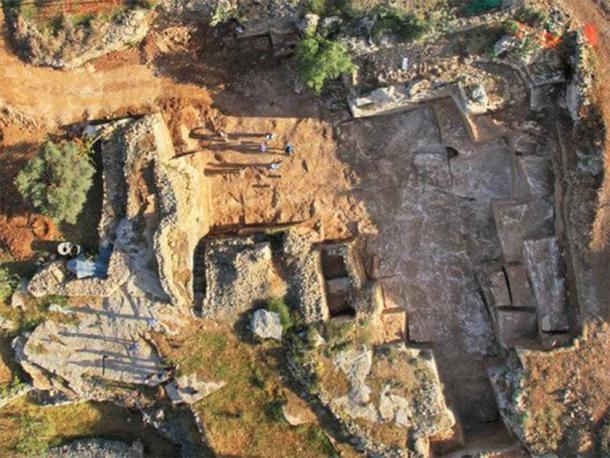 The Ramat Shlomo Quarter Jerusalem quarry discovered in 2013 also dates back to the Second Temple Period. What remains are rock masses in various stages of quarrying, and there were those that were found in a preliminary stage of rock-cutting prior to detachment. (Skyview Photography Ltd / Israel Antiquities Authority )

The Har Hozvim quarry is not the only ancient quarry to be uncovered in Jerusalem. In fact, there have been several .

For example, in 2009 archaeologists discovered a similar Second Temple quarry during a residential construction project on Shmuel Hanavi Street, which was also likely used to supply gigantic limestone blocks to builders during the time of King Herod. Some of the stone blocks cut out at this site were even bigger and heavier than those that were harvested from the Har Hozvim site.

What makes this new Jerusalem quarry special is the discovery of Second Temple-era stone blocks that had been cut but still not removed.

“For us as archaeologists, this quarry presents a golden opportunity,” Hagbi exclaimed. “Because some of the stones were left in situ in this way, we can copy ancient technologies and experiment with them in order to recreate the processes by which the building stones were quarried.”

Despite the incredible size and weight of the stone blocks harvested from the Har Hozvim site, ancient builders and their construction teams were able to cut and remove them without the benefit of modern power tools or lifting machinery.

It is clear these Second Temple-era experts were skilled enough, knowledgeable enough, and inventive enough to overcome enormous practical and logistical challenges. If the IAA archaeologists can unlock their secrets and figure out exactly how they did it, modern construction professionals might be able to learn something from their example.