The skeleton of an Irish giant, which has been on display at the Hunterian Museum in London for more than two centuries, will be permanently removed from the museum’s collection, the Royal College of Surgeons has announced in a statement . This decision has been made out of respect for modern “sensitivities” that frown on such displays, the College acknowledges, while also noting that the skeleton had been obtained illegally by 18th century medical researcher John Hunter, for whom the Hunterian Museum is named.

The Hunterian Museum has been closed for repairs and renovations since 2017. After long deliberations during the shutdown its Board of Trustees decided to remove the skeletal remains of Charles Byrne, who died in 1783 after reaching the astonishing height of 7’7” (2.13 meters), from public exhibit.

But the skeleton will not be given a proper burial, much to the consternation of those who wanted to see Byrne’s final wishes finally carried out after the passage of 240 years. It seems that before the young Charles Byrne died, he explicitly stated that he wanted to be buried at sea and did not want his body to be dissected by scientists, or put on display to be gawked at by the morbidly curious.

Byrne’s skeleton will be kept in storage at the Royal College of Surgeons grounds at Lincoln’s Inn Fields. While the gigantic skeleton will no longer be a part of any exhibit, the current plan is to allow researchers and students to examine the remains whenever they wish to do so. Charles Byrne’s ascent to such a prodigious height was caused by a medical condition known as acromegaly, and his remains have been studied by medical professionals over the years as a way to increase understanding of this rare condition.

In Byrne’s case, he suffered from the effects of a benign tumor which grew inside his pituitary gland. This stimulated the gland and ultimately caused his body to overproduce growth hormones, causing him to reach an enormous height.

The Life and Sad Ending of Charles Byrne

In his day Charles Byrne was a celebrity. His tremendous size was completely anomalous, and after leaving his family home in County Derry in Northern Ireland as a teenager he made a living by presenting himself to large audiences at paid appearances across the United Kingdom. 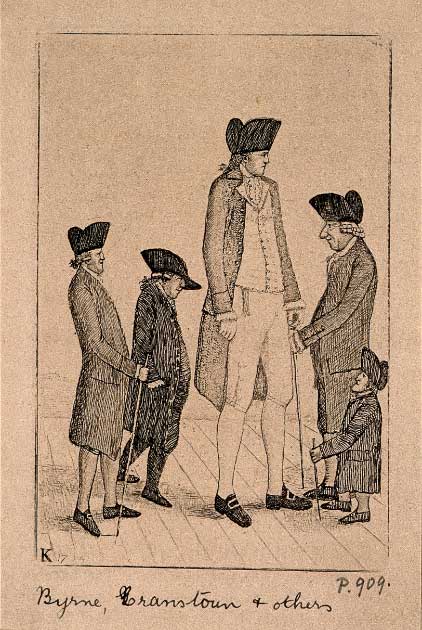 But Byrne’s story ended in tragedy. In 1783, at the tender age of 22, Byrne passed away from the effects of chronic alcoholism. Before he died, Byrne told all his friends that he didn’t want his body to be studied by scientists or put on display. He preferred a dignified burial at sea, and after he succumbed to his illness his comrades made arrangements to see that his wishes would be carried out.

Unfortunately, the burial plan was betrayed by one of Byrne’s friends, who helped the famed Scottish surgeon and anatomist Dr. John Hunter steal Byrne’s body from its coffin in return for a cash payment (a bribe, in other words). Hunter removed all the flesh from the body before adding the skeleton of the United Kingdom’s largest human to his anatomy collection, which contained more than 14,000 plant, animal and human specimens .

The way Hunter obtained Charles Byrne’s skeleton was wholly illegal, and fully contrary to Byrne’s deathbed request. But Hunter was one of Britain’s most acclaimed scientists and so was never punished for his misdeeds. 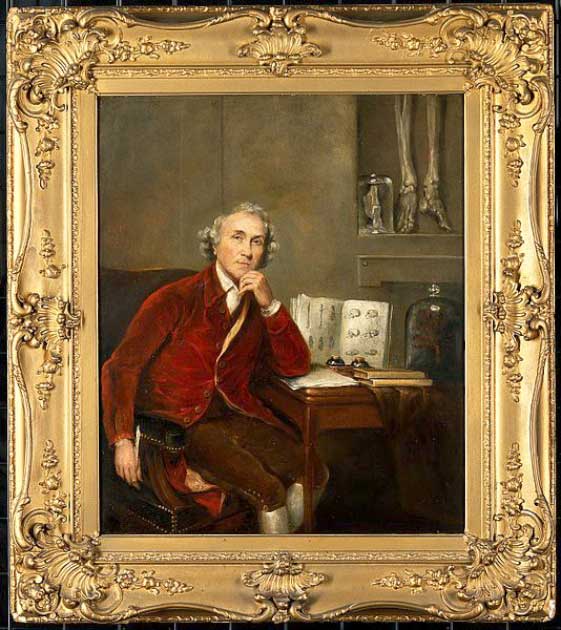 Portrait of surgeon and anatomist, and skeleton thief, John Hunter. ( CC BY 4.0 )

John Hunter died in 1793, and the Hunterian Museum was opened in his honor 14 years later. From the beginning, Charles Byrne’s skeleton was the centerpiece of the Hunterian collection and continued to be its main attraction until the museum was forced to shut its doors in 2017.

The museum began debating the skeleton’s future at that time, and finally the decision was made to remove Byrne’s remains from its collection. While admitting that Hunter, like other surgeons of his time, acquired specimens “in ways we would not consider ethical today,” the Royal College of Surgeons says it does not feel compelled to lay the skeleton to rest because “no written evidence exists” that prove this is what Charles Byrne wanted.

But this claim is debatable. 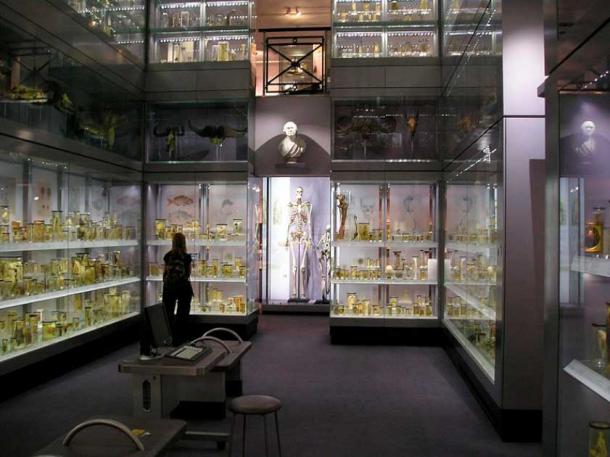 The many exhibits of the human anatomy at the Hunterian Museum. ( CC BY-SA 3.0 )

In 2011, Len Doyal, an emeritus professor of medical ethics at Queen Mary University in London, and Thomas Muinzer, a law professor at the University of Aberdeen, published an article in the journal BMJ about the controversy.

They provided evidence to show that Byrne’s preferences were well-known in his day and reported by many different people who’d heard him say he wanted to be buried at sea, and they argued that the only ethical thing do was to finally honor those wishes. At that time the Royal College of Surgeons claimed that the skeleton was simply too valuable to science to give up, as studies of the remains and its DNA had revealed important information about acromegaly and its connections to irregularities in the pituitary gland.

Reacting to the College’s latest announcement, Doyal and Muinzer told the Mail Online they are: “delighted to hear the news that the battle that we and others have fought to have Charles Byrne’s skeleton removed from the Hunterian has finally been won. This said, we can see no justification for the Hunterian to retain the skeleton for “further research,” there is no obvious justification for this since DNA from the skeleton has been obtained and it is entirely unclear what further research the Hunterian has in mind.”

The DNA studies of the skeleton were carried out in 2011, when genetic samples were successfully removed from Byrne’s teeth. The subsequent analysis linked the development of acromegaly to a rare mutation in the AIP gene, which impacts the growth of tumors in the pituitary gland. While acromegaly is unusual, the mutated AIP gene can be passed on from generation to generation, and it is apparently still around and causing excessive growth in people living in the region of Northern Ireland where Charles Byrne was born.

Whether any more breakthroughs could be obtained through further study of the 18th century Irish giant’s remains is uncertain. What is certain is that the Hunterian Museum and the Royal College of Surgeons will be under continued pressure to take the next step and agree to give Charles Byrne the dignified burial at sea he requested, reversing an historical injustice that has been allowed to stand for more than two centuries.