A rare silver Second Temple coin belonging to the second year of the Great Jewish Revolt (67-68 AD) against the Romans was found by volunteers sifting through dirt from an archaeological dig organized by the Israel Antiquities Authority (IAA) at the City of David National Park. The Second Temple coin was found by 11-year-old Liel Krutokop as she sifted through a bucket of City of David dirt and the discovery has left her understandably thrilled. 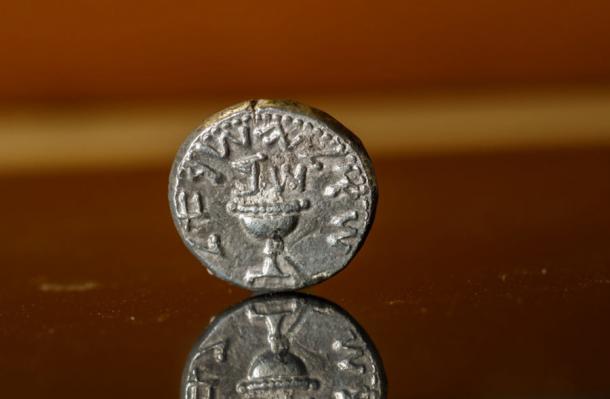 The front and better-preserved side of the Second Temple coin, engraved with a cup and the caption “Israel shekel,” found by a girl volunteer at the City of David National Park. (Eliyahu Yanai / City of David )

The inscriptions on the coin leads experts to believe that it was minted at the site of the Second Temple on the Mount Plaza itself, by a priest sympathetic to the rebel cause, perhaps even providing them assistance. This makes it an extremely special find, one of the few remains coming directly from the Temple.

As Dr Robert Kool , head of the Coin Department at the IAA, points out: “This is a rare find, since out of many thousands of coins discovered to date in archaeological excavations, only about 30 are coins made of silver from the period of the Great Revolt .”

Between 66 and 73 AD, triggered by religious tensions between the Jews and Romans, the Jewish people of Judea rose in revolt against Roman Emperor Nero . The revolt went on to encompass the discontent of the Jewish people against taxes imposed by the Romans and resulted in the destruction of Jewish towns, the displacement of its people and the appropriation of land for Roman military use, as well as the destruction of the Jewish Temple and polity. 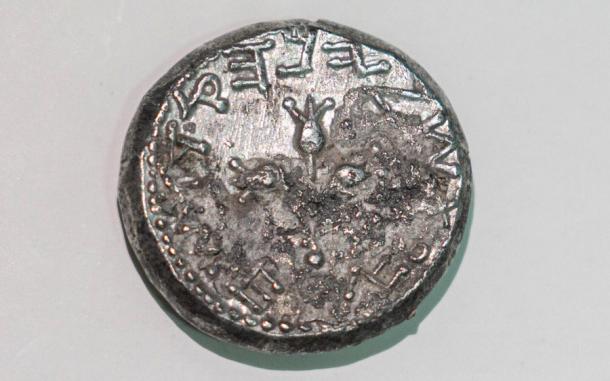 The other side of the silver Second Temple coin with an engraving of the headquarters of the High Priest and the inscription “Holy Jerusalem.” (Yaniv Berman/ City of David )

The Silver Second Temple Coin and Its Inscriptions

Made of 14 grams (0.49 ounces) of pure silver, the coin has an engraving of a cup and the inscriptions “Jewish shekel” and “second year” on one side, referring to the second year of the revolt, i.e., 67-68 AD. On the other side, it has another inscription that says “Holy Jerusalem” in ancient Hebrew script, as well as another word that experts say refers to the headquarters of the high priest in the Temple.

According to Kool, as cited in the Times of Israel , such a heavy silver coin could only have been minted at the Temple because, “Where else could you find silver in such quantity and such high quality in those days? Only in the Temple.

If so, we can say with caution that this coin is, apparently, one of the only items we hold today that originated on the Temple [Mount] itself.” Kool said that not many people knew that there were huge silver reserves at the Temple.

But an inscription at the Colosseum in Rome , which has recently been reconstructed, states that the great amphitheater had been built using spoils looted from the Temple: “Emperor Vespasian [who, along with his son Titus, suppressed the Jewish Revolt and destroyed the Temple] ordered the construction of this new amphitheater [the Colosseum] from his share of the spoils.”

Dr Amit Reem, the IAA’s Jerusalem district archaeologist, stated, “One can only imagine the extent of the loot and the amount of money the Romans found in the Temple storehouses,” 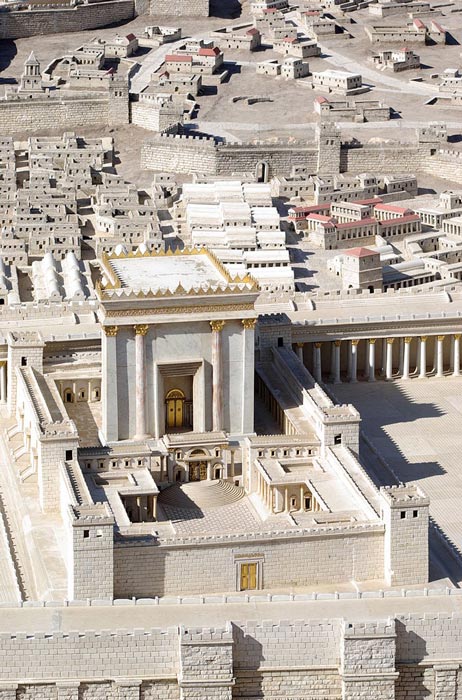 Why Was the Second Temple Coin Minted?

On the face of it, the coin must have served the purpose that all currency does: trade. The street where it was found, “which connected the Shiloah Pool in the south of the City of David to the Temple Mount in the north, was Jerusalem’s main street during the Second Temple period, where thousands of pilgrims marched on their way to the Temple.

There is no doubt that there would have been extensive trading in the street leading up to the Temple. This is evidenced by the many weights and bronze coins we have found here. But to find a rebel coin made of pure silver is definitely very special and exciting,” said archaeologist Ari Levy of the IAA who led the excavations.

However, there is a deeper psyche behind the minting of the coin. According to Kool, coins are minted during rebellions as symbols of sovereignty and independence. They express the rebels’ aspirations.

Perhaps the coin, and presumably others like it, was made of 14 grams (0.49 ounces) of pure silver for a reason. Whether it was done to proclaim the wealth and authority of its rebel minters or whether it was so that its pure metallic value would allow it to compete with legal tender, remains to be seen. 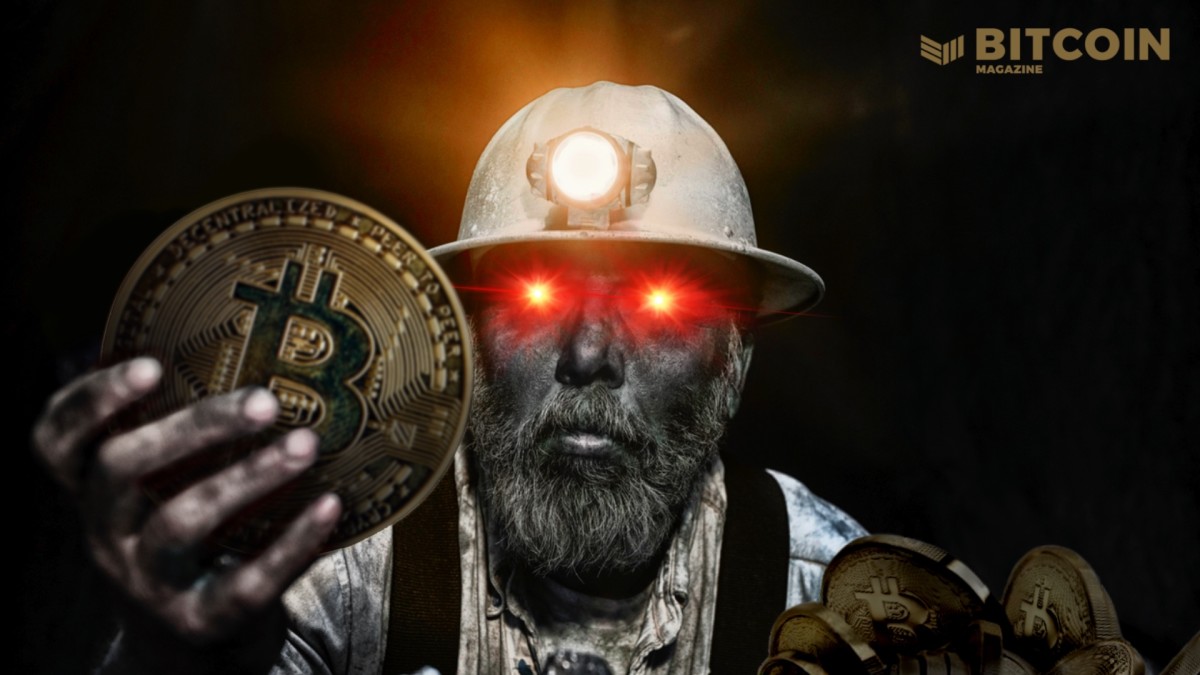 Proof Of Work Useful Beyond Bitcoin 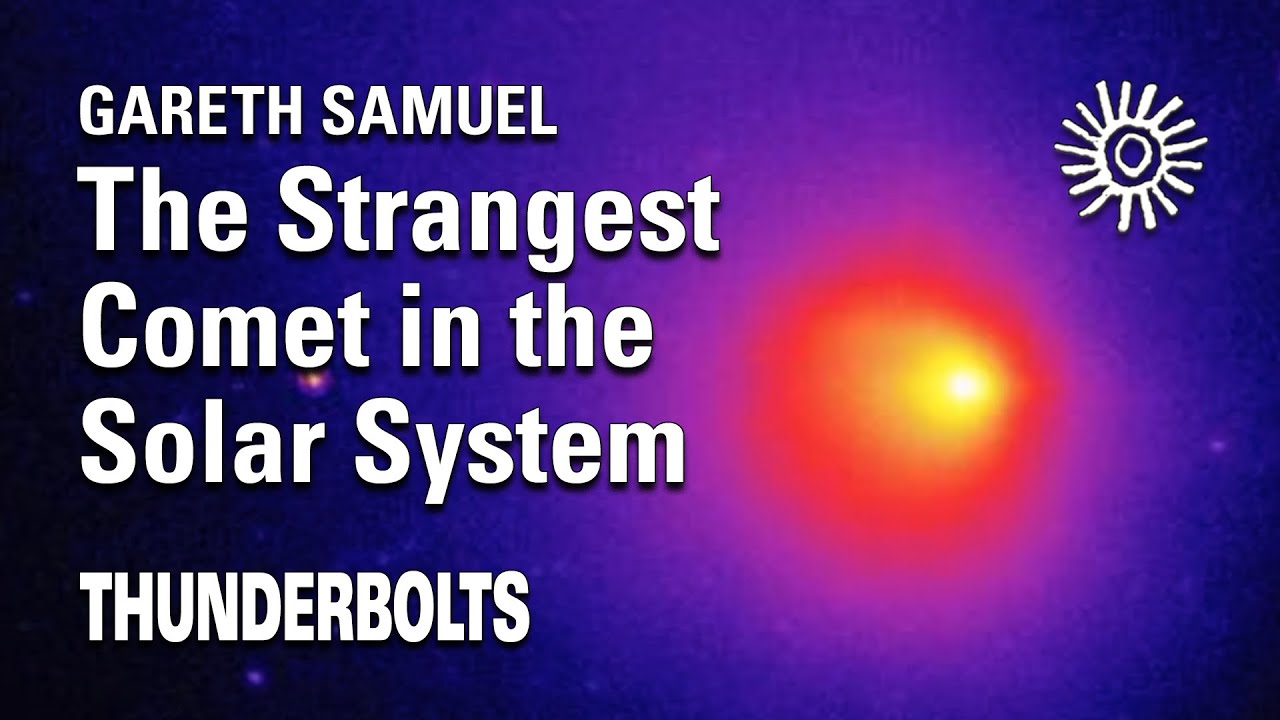 Gareth Samuel: The Strangest Comet in the Solar System | Thunderbolts

Comet 29P is part of a group of comets called the Centaurs which orbit between Saturn and Jupiter. Besides being one of

Coming every Saturday, Hodler’s Digest will help you track every single important news story that happened this week. The best (and worst)