Scents, aromas, and odors are a profound aspect of the human experience and have been so from our very beginnings. Advances in biomolecular and “omics” science now provide scientists with the means to recreate past smells, even tomb smells, which add to our understanding of ancient societies and  lifestyles.

Olfaction is an emerging field in sensory archaeology, which involves perceiving ancient sites through not just our eyes but our entire sensorium: in other words, absorbing their sights, smells, sounds, and feelings. A team of analytical chemists and archaeologists recently used olfaction to reconstruct the ancient Egyptian tomb smells of two high-ranking individuals, the chief works architect Kha, and Merit, his wife. The Egyptian tomb smells’ study findings have been published in the  Journal of Archaeological Science . The research team’s work shows how the archaeology of smell can improve our insights into the past and perhaps enhance museum visits by turning them into an immersive experience. 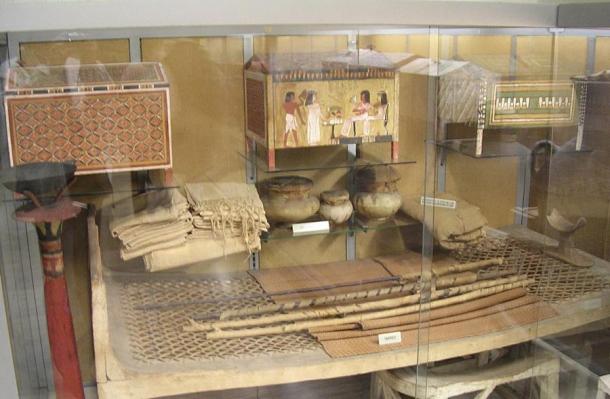 The ancient Egyptian tomb smells were reconstructed from a variety of artifacts, such as these, found in Kha and Merit’s tomb near Luxor. (Kingtut /  CC BY-SA 2.5 )

The Tomb Smells And Artifacts Of Kha and Merit

The intact tomb of Kha and Merit was discovered in 1906 in the  Deir el-Medina necropolis  near Luxor. It provides the most complete record of a non-royal burial in ancient Egypt and is a rich source of information about what were considered necessary accompaniments in death for high-ranking individuals. According to the journal  Nature, Ilaria Degano, an analytical chemist at the University of Pisa, Italy, who is a co-author of the study said, “It’s an amazing collection. Among the objects, there are even examples of Kha’s ancient Egyptian linen  underwear, embroidered with his name.”

Surprisingly, Ernesto Schiaparelli, the archaeologist who discovered the tomb, didn’t undertake an intensive examination of most of the artifacts. He didn’t unwrap the mummies or open the sealed jars and  amphorae that contained food and other offerings to the dead couple even after the contents of the tomb were transferred to the Egyptian Museum in Turin. This, it turns out, was just as well. It has given contemporary scholars a chance to study this valuable assemblage with non-invasive procedures that were unknown to science at the time. 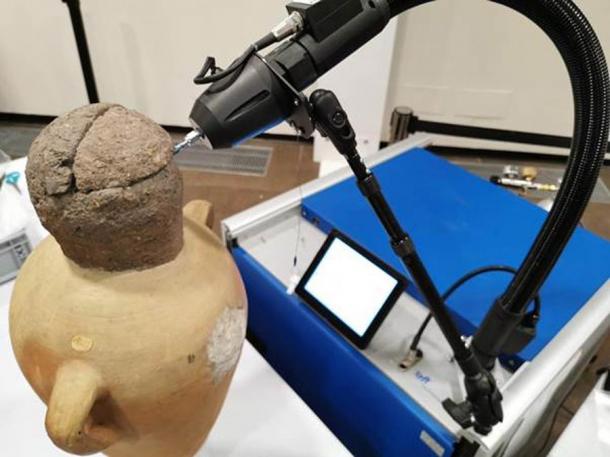 In the study the scientists used a mass spectrometer like this to examine the “gases” and thus smells in Kha and Merit’s tomb artifacts. (J. La Nasa /  Journal of Archaeological Science )

The scientific method for studying ancient smells helps to enhance our understanding of the historical meanings of smell, as a recent study published in the journal  Nature Human Behaviour  argues. The  Nature Human Behavior  study reviews the potential this new science has for extracting fragrances from artifacts and the tools it employs.

Degano and her colleagues used some of these tools to conduct  odor analysis  of the contents of the jars and cups from Kha and Merit’s tomb without in any way degrading their contents. They enclosed these jars and amphorae which contain rotten  ancient food  inside plastic bags for several days to capture the volatile molecules they still emit. Next an analysis of the components of the aromas and fragrances from each sample using a mass spectrometer was performed. The presence of aldehydes, long-chain hydrocarbons, trimethylamine and some more aldehydes indicated that Kha and Merit had beeswax, dried fish, and fruit to accompany them on their journey into the hereafter.

However, a larger project plans to investigate the tomb smells by obtaining “scent fingerprints” from the tomb’s contents with a view to obtaining a clearer picture of burial customs for non-royal but important personages in Egypt predating Tutankhamun’s reign.

Earlier, in 2014, researchers extracted volatile molecules from 6,300 to 5,000 year old  linen bandages  that were used to wrap bodies in some of the oldest Egyptian cemeteries. The presence of molecules of embalming agents showed, startlingly, that mummification had its beginnings in Egypt some 1,500 year earlier than had been believed.

Stephen Buckley, an archaeologist and analytical chemist at the University of York, UK, who was involved in the 2014 study regrets that odor analysis is still an underexplored practice despite its potential for revealing the secrets of the ancient world. “If you want to understand the ancient Egyptians, you really want to go into that world of smell,” he is quoted as saying in  Nature. 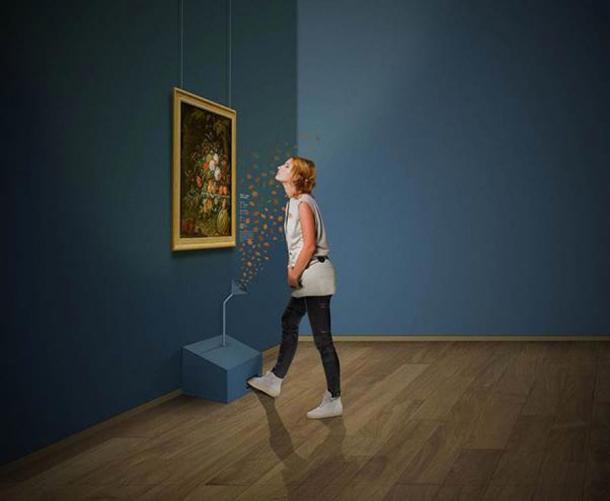 The emerging benefits of smells are already being used in some museum experiences like this one in the Netherlands from 2021. ( Mauritshuis Museum )

Olfaction could also intensify the museum experience since smell “has the potential [to allow] us to experience the past in a more emotional, personal way,” said Cecilia Bembibre of University College London, according to  Nature.

She warns though that degradation and decomposition could lead to the artifacts smelling very different in the present than they did to begin with. So, care needs to be taken to separate the decomposition smells from the original smells.

Museums have long been a largely visual encounter. The science of olfaction promises to add to the sensory experience, allowing visitors to smell ancient fragrances, aromas and scents. One day soon, the sounds, tastes and feelings of ancient civilizations may become more alive with further advances in sensory archaeology.