The medicinal use of plants and the collection, dissemination, and application of traditional knowledge surrounding plants (ethnobotany) is an indigenous practice from the Americas well documented to this very day. A lot of these practices are yet to be fully understood, and one such recent example is that from three sacrificed Inca children found in the 1990s in southern Peru. These child mummies, frozen atop a volcano, were ritually sacrificed and intoxicated with stimulants, antidepressants, and maybe alcohol, to ease their passage into their afterlife, as per a new study published in The Journal of Archaeological Science .

Sacrificed Inca Children Were Prepared with Drugs for Death

These sacrificed Inca children, likely between the ages of 4 and 8, were ritually put to death almost 500 years ago. The latest study shows that these sacrificial children were fed a special soothing concoction in the days and weeks leading up to their death. When the time came for their death, they were “ready” to be ceremonially sacrificed and buried on a mountain in Peru but also elsewhere.

The study revealed that the hair and fingernails of these sacrificed Inca children contained evidence of high doses of the powerful hallucinogen ayahuasca, mixed with coca leaves (i.e., cocaine!). This was substantiated by traces of harmine and harmaline, which are chemical components of ayahuasca Banisteriopsis caapi vines, known colloquially as “caapi,” reports Science News .

Bioarchaeologist Dagmara Socha of the University of Warsaw, Poland, who is the lead author of the study, said that “This is the first [evidence] that B. caapi could have been used in the past for its antidepressant properties.” This is because, medically, solutions containing harmine affect the brain in a manner similar to antidepressants. The authors speculate that the Inca were aware of these properties and operated with that knowledge when administering these concoctions to these children before they eventually became ritually sacrificed Inca children. 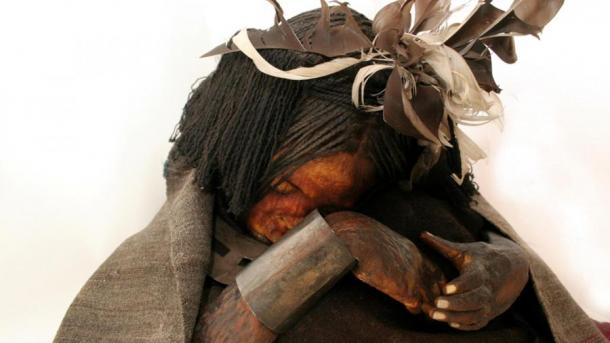 This sacrificed Inca child, a 7-year-old boy, found on Mount Aconcagua in Argentina was part of a sacrificial capacocha ceremony. ( National Museum of Natural History of Chile )

The Sacrificial Capacocha Ritual: To Please the Gods!

Many pre-Columbian civilizations used drugs in their human sacrifice rituals, particularly if the sacrificial victims were children. The specific term for these kinds of sacrificial rituals is “ capacocha,” which could be performed for a variety of reasons, ranging from stopping natural disasters , to major festivals and processions, to appeasing the gods for sins committed by the group.

In the capacocha, alcohol and coca leaves were typically administered, and a child from a noble or elite family was chosen for the ritual. It was believed that this child would be a representative of the community in front of the gods. For most families, having their child chosen for this ceremonial sacrifice was seen as honorific, as it would help them gain political favor with higher elites like the Inca emperor .

The cocktail of alcohol and coca was seen as a way of inducing a hallucinogenic state to help the sacrificial victims get in touch with the supernatural forces they were to meet on their journey into the land of the dead. Coca specifically administered at such high altitudes would also serve the purpose of reducing hunger and stimulating the nervous system.

The recent study and its toxicological analysis, however, challenges this dominant narrative, and forces us to rethink what the Inca believed, reports Big Think . 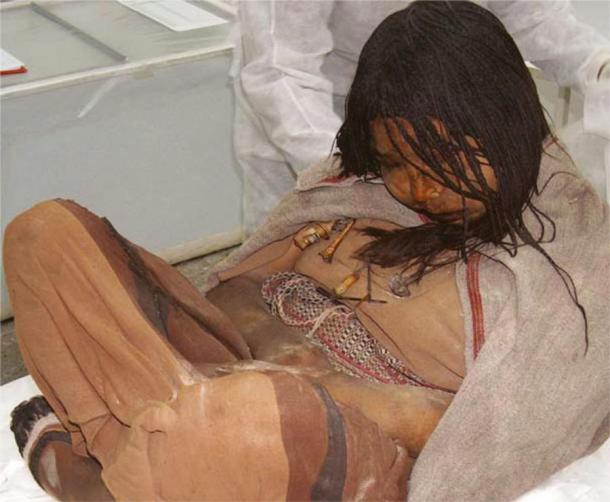 One of the mummies recovered from Llullaillaco, found near the summit of Mount Llullaillaco, a volcano in Argentina that lies near the Chilean border. This mountain appears to have been the site of the conclusion of a sacrificial Inca capacocha ceremony, taking place at an elevation of around 6,739 meters or 22,100 feet above sea level. (grooverpedro / CC BY 2.0 )

Sacrificial Lambs: Why Were They Chosen?

The subjects of the recent study were a small number of mummies discovered by US explorer Johan Reinhard and Peruvian archaeologist José Antonio Chávez on the Andes Ampato volcano in 1995. These bodies, along with a few others found in and around the same plateau, were examined using bio-archaeological analysis. The results were consistent with a number of mummified child remains found across the geographical expanse of what was once the Inca Empire.

The children were buried at regular intervals, 5 kilometers or 3.1 miles apart. Such a precise burial pattern indicates uniqueness as opposed to any dead child who had passed away naturally. These sacrificed Inca children were buried with precious goods that functioned as additional sacrificial offerings. Such offerings included ceramic vessels, figurines of gold and silver, and intricately decorated textiles.

Clearly caapi mixed with coca was intended to soothe the nerves of the victims, rather than stimulate them. When the Spanish conquistadores came in contact with the local Inca cultures, they “assumed” that Inca sacrifice victims drank a corn-brewed beer called chicha before dying.

The Spanish conquerors of Peru were clearly unable to understand or comprehend what caapi was really made from and what its function was in human sacrifice rituals. This is not surprising given that the Spanish had almost no understanding of the local languages spoken in the Americas.

Interestingly, one of the reasons the Peruvian Ampato mountain children were sacrificed is that they could call the rain. Frogs and toads were associated with rain and water by the Inca. And “Ampato” translates to frog or toad in the ancient Inca language! Perhaps the fear of an impending drought, or an existing one, caused the Inca to send their children to die on the top of the Ampato volcano.

These, however, are mere speculations. It will take several such studies and historical corroborations to understand the full nature of these sacrifices. What is clear, however, is that we can begin to understand that coca and caapi administered together were probably intended to calm the nerves, rather than heighten the senses.

Top image: This sacrificed Inca child, known as the Llull Maiden #23, was found on a mountain in Argentina a number of years ago and shares similarities with the sacrificed child Inca mummies found on Ampato volcano, Peru. Source: © Johan Reinhard, Ph.D . (used with permission)