Significant historical finds have been unearthed at Five Mile Lane in Wales that astonished the workers undertaking a road improvement project there – a Roman mercenary buried with his sword, Celtic farming tools from the Iron Age, ancient burial sites, and the remnants of a group of round houses, reports Barry and District News UK . 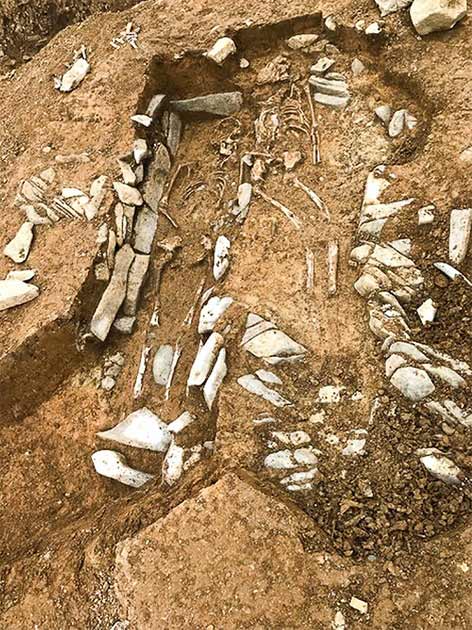 Archaeologists believe they have unearthed the human remains of a Roman Mercenary at the Five Mile Lane site in Wales. ( Rubicon Heritage Services Ltd )

Unearthing a Roman Mercenary in Wales

Barry, a town in the Vale of Glamorgan, is located on the north coast of the Bristol Channel, in the southeast of Wales. Roman presence here is not unsurprising because of previous discoveries, including several farmsteads on the site of Barry Castle and Biglis, and a magnificent 3rd century Roman 22-room building, with cellars, a central courtyard which was discovered in 1980. The find at Glan-y-mor was believed to be associated with naval activity, a supply depot perhaps.

“It’s great to learn that the archaeological study at Five Mile Lane has uncovered such a detailed history of the area,” said Emma Reed, head of neighborhood services and transport, when discussing the current find. “The scheme has uncovered fascinating and at times surprising remains, that help us to understand the shaping of the agricultural landscape that we see today.”

The excavations at Five Mile Lane uncovered what has been termed a “multi-period landscape” with various human settlements dating back to the Neolithic period, before it became a “wealthy Roman farmstead,” explains the Story Map Tour of the site. Amongst the finds, archaeologists unearthed what they believe to be the remains of a Roman mercenary, along with his sword. 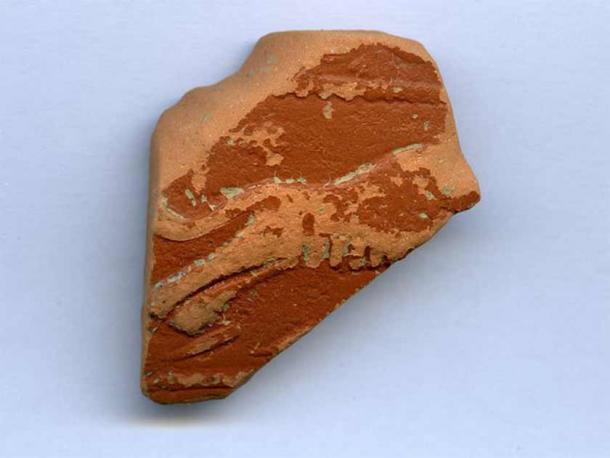 The Romans and their Conquest of Wales

This entire Welsh region did not exist in the way we know it today – in fact, there was no Wales geographically. The entire region consisted of Celtic peoples , organized into many tribes, who as such shared no social or political unity. Even when the Romans arrived, they did not give the geographical area any distinct name or identity.

When the Roman forces began their conquest of Britain in 43 AD, it would be only five more years before they reached the borders of current day Wales, writes Ben Johnson for Historic. The conquest of the region would take another 30 years, and was completed by 78 AD. The Romans stayed in the region till almost the end of the 4th century – 383 AD to be precise.

One of the Celtic tribes who violently opposed the Romans were the Silures, incidentally from the southeast Wales region. They valiantly defended their land between 49 and 75 AD, but eventually could not match the firepower and terrestrial strength of the Roman army .

The traditional way of living and habitation for the Welsh tribes, were circular timber farmhouses, reports Barry.cymru. The Romans introduced substantial stone houses, which became the dominant mode of architecture by the 2nd century. The elites would replace these with fully fledged villas with amenities like central heating , baths, wall plaster, mosaics.

In this particular area, the Romans would also build several roads, something that they were noted for during their reign. Nowadays several roads have been built in the area, including the arterial A48 that runs through the heart of Vale of Glemorgan. In and around these roads, several important archaeological discoveries have been made including Roman coins , jewelry, and sometimes weaponry. 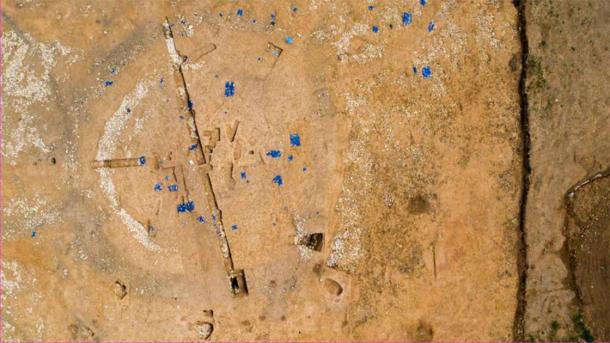 Moving Forward with the Finds

After analysis of remains, the excavated remains will be sent to the National Museum of Wales, and archaeologists will publish their detailed academic findings by the end of the year. More details can be found on the council’s website, including a link to the  interactive story map. The excavation work carried out between 2017 and 19 was sponsored by the National Museum of Wales, Cardiff University, and the Glamorgan-Gwent Archaeological Trust, reports Wales Online .

“It was a privilege for our team to have delivered a project which added so many new discoveries about the archaeology and history of the Vale of Glamorgan,” stated Mark Collard, Director of Red River Archaeology Group, which includes Rubicon Heritage Services Ltd. “We are very pleased to be able now to share the results in such an accessible format with the communities of the area.”