If you haven’t heard of the renegade 17th century Queen Christina of Sweden, you’re in for a treat. Remembered for breaking gender norms and abdicating the throne to avoid marriage, Queen Christina was a truly unconventional monarch, who has inspired books, plays, operas and even a 1933 Greta Garbo film. She was however scared of one thing. Fleas!

The daughter and sole heir of the Protestant King Gustav II Adolf , the so-called Lion of the North who died fighting Catholic forces at the Battle of Lützen , Christina became queen at just six years of age, although she didn’t actually exert power until she turned 18. Legend has it that when she was born, the midwives announced the birth of a boy. When the mess was cleared up, her father declared: “She’ll be a clever one, she’s fooled all of us!” 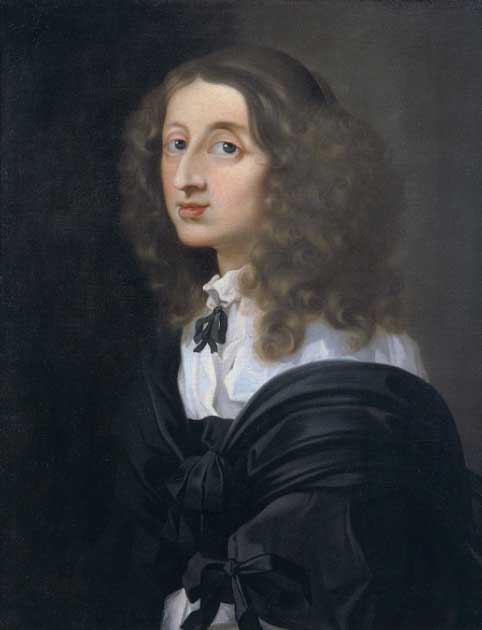 Queen Christina of Sweden was thought to be unfeminine during her time. ( Public domain )

Reported to have had a masculine appearance, and a distaste for women’s clothing, Queen Christina was a free-thinking woman who emulated the lifestyle Queen Elizabeth I and preferred androgynous clothing and sensible footwear. Due to pressure to get married, she ended up abdicating, and then shocked the protestant world by converting to Catholicism and moving to Rome where she became an iconoclastic patron of the arts.

On the orders of her father, Christina was educated like a prince, receiving instruction on politics, the arts, languages and several pursuits deemed masculine at the time. In her autobiography, Christine stated that she “could never stand dolls… My dolls were pieces of lead with which I learned how to wage war.”

But despite her enlightened education, Christina suffered from a peculiarly pesky phobia. In Usefully Useless , Mark Hanks claimed that she was terrified of fleas, going so far as to commission the design of a little-bitty cannon to help her annihilate them. Christina isn’t the only monarch in history to be remembered for her phobias. The Russian Tsar, Peter the Great , was rumored to be terrified of insects and had his servants do in-depth inspections of rooms before he entered.

A flea gun – for shooting fleas off servants. maybe I should apply to the @NHM_London for some new field equipment…. #verrall18 #verrall pic.twitter.com/34hqufUcLT

In Cities of the World , Edwin Hodder claimed that Queen Christina’s small toy gun was included in the collection of the Stockholm Historical Museum. Whether this is actually true or not is another matter. “I have never heard of this before, in spite of a considerable amount of background research,” wrote Kristina Sjögren, author of the 2017 novel about Queen Christina entitled The Woman King , when contacted about the matter. “The weapon is not in line with Christina’s personality, as I see it. She was rational and intelligent and … would not have spent time on a flea gun.”