After eight steamy days in a U.S. court, it was ruled that a 6,000-year-old artifact will stay in the country. A Manhattan judge firmly rejected Turkish antiquities authorities’ claim for the return of the ancient Guennol Stargazer idol statue. Known as both the finest and largest of only 15 intact Kiliya type Anatolian marble female idols ever discovered, the ancient ritual figure was created in the Chalcolithic period, between 3000 and 2200 BC, in ancient Anatolia (northwestern Turkey). A prolongated legal battle between the Republic of Turkey and  Christie’s Auction House  has now determined the destiny of the famed “Guennol Stargazer.” It will remain the property of the hedge fund manager who last purchased it and can be legally resold. 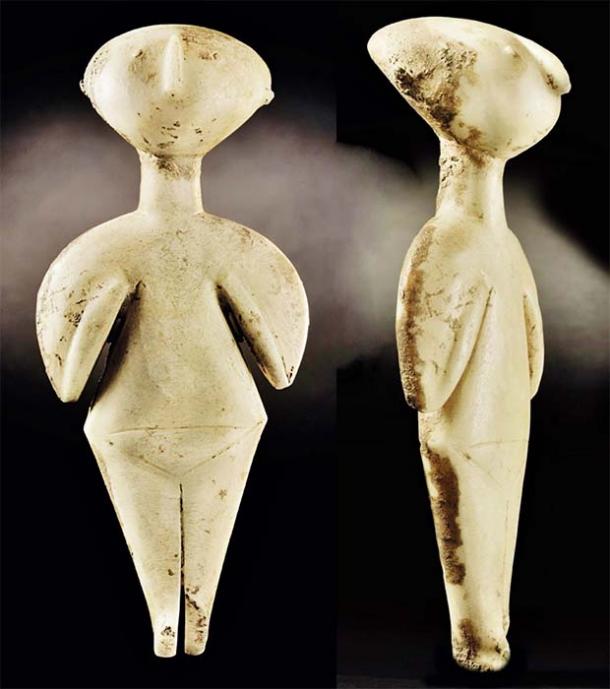 Two views of the Guennol Stargazer idol statue from ancient Anatolia, which was likely looted and illegally exported from Turkey in the 1960s. ( Christies)

In 1993, the Guennol Stargazer was purchased for $1.5 million by the controversial billionaire hedge fund manager and collector, Michael Steinhardt. Then, in 2017 the idol fetched $14.5 million in a Christie’s auction, but the buyer didn’t close the deal and Christie’s still possesses the idol on behalf of the billionaire. A report in  The Antiquities Coalition  says Steinhard has been involved “in several high-profile cases for purchasing  looted antiquities .” He even told Forbes personally that his method of procuring antiquaries was “a little bit dangerous, but that ’s what makes it exciting.”

Many specialists suspect this rare figure was  illegally smuggled  out of Turkey in the early 1960s. Nevertheless, this was not proven in court and the Guennol Stargazer “will not” be returned to Turkey. It will remain in the hands of Christie’s and the hedge fund billionaire, Michael Steinhardt. What then is so special about this artifact that has caused all the courtroom drama? 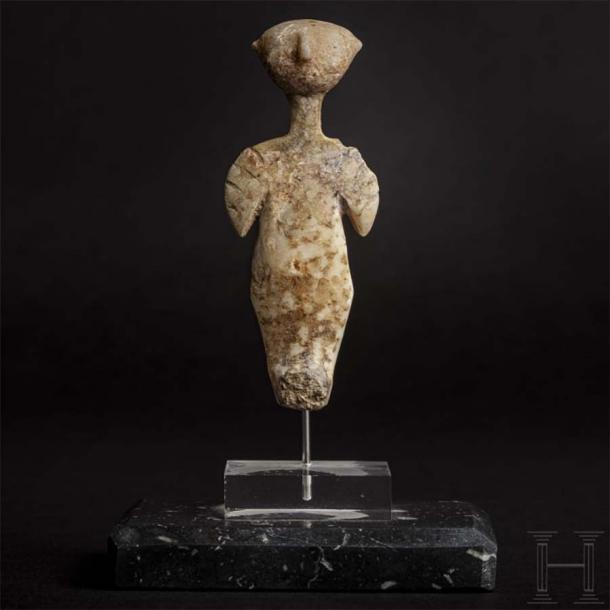 Another Kiliya type female idol from ancient Anatolia, which is in the possession of a German auction house or a private collector if it was sold. ( Hermann Historica GmbH )

All This “Fuss” Really Is Justified

Originating in  ancient Anatolia  in western Turkey, such artifacts are known as “Kiliya type” figures after the ancient atelier or studio where they were made (in a field in Kulaksızlar’s Balıkburnu, not far from Akhisar, Turkey). The term “stargazer” comes from the obvious backward tilt of the figure’s head and the small bulging eyes aimed upwards at the sky.

Representing a  goddess of abundance  from the  Chalcolithic period  in ancient Anatolia, the earliest discovered figure dates to the late 5th millennium BC. The latest example, the fragment of a head found during digs at  ancient Troy (Hisarlik in present-day Turkey), was dated to 2300-2200 BC.

Nathan said The Met is a major public institution and that “it did not hide” that the idol was part of the Guennol Collection. In conclusion, the court ruled that Turkey had “failed to contact the Met seeking more information about the origins of the idol.” This was described as a ‘relatively low bar’, and the judge said, “all things considered, one [a bar] that Turkey should reasonably have surpassed.” 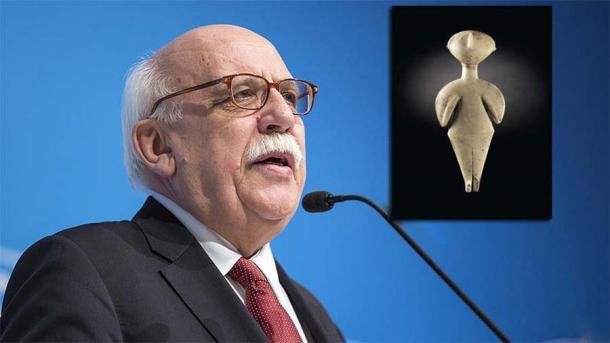 In 2017, Turkey’s Culture Minister Nabi Avci said: “We’ve taken steps in order to stop the sale of this work of art and inform the possible recipient that this … was abducted from Turkey.” But in the end the American courts ruled that Turkey was too late and that the Guennol Stargazer female idol statue should remain the property of its owner and thus may be resold by Christies auction house in New York City. ( Anadolu Agency )

Saving The Stargazer From A Vacuum

What this all means is that Turkey did nothing about the idol until a huge financial tag was associated with it in 2017. The court said Turkish antiquities authorities “should have known of the idol’s whereabouts decades earlier.” U.S. judge Nathan also said Turkey had failed to demonstrate that the artifact had definitely been  illegally excavated  in Turkey in the 1960s. The court also rejected Turkey’s suggestion that Steinhardt “ignored red flags about the idol’s provenance.”

So far only 15 Kiliya type Anatolian marble female idols have been found in perfect or near-perfect condition. Christies says there are many instances of incomplete examples, suggesting the sculptures were “ritually killed” at the time of their burial.

It will never be known how the Guennol Stargazer avoided being smashed in some prehistoric ceremony, but we can be confident that it will remain, safely, in the US. The stargazer will forever more gaze towards the sky, and it will not get sucked into the Turkish archaeological vacuum, that only seems  to value artifacts  with a high cash price.

Top image: The Guennol Stargazer idol statue, which was smuggled out of Turkey.         Source:  Christies