The ancient city of Nippur is one of the most interesting holy cities in the Middle East. Now only known as a dilapidated, prehistoric town, Nippur was once recognized as an essential religious capital in Mesopotamian culture. Located in southern Iraq between the cities of Baghdad and Basra, Nippur had a very long life compared to surrounding cities, having lasted from nearly 5000 BC until 800 AD.

Nippur was not known at its height as a political capital. In fact, it rarely involved itself in politics at all during its time. Nippur instead was known as a holy city as the home of Enlil, an ancient Mesopotamian god known for his powers over the air, wind, earth, and storms. Because Nippur was considered a holy place, it is believed that this contributed to its longevity – even in war, a respect for holy places and a fear of the gods’ wrath was maintained by both sides, protecting it from major destruction.

Though Nippur was not specifically a political capital, it still played an important role in Mesopotamian politics because of its status as a holy city and a home for Enlil and other gods. Kings in local cities often sought recognition from Enlil’s temple, called Ekur, in exchange for providing the people of Nippur with land, precious stones, and other goods. They would also provide men to construct and restore temples and other important buildings throughout the city for the gods’ favor. Even after wars, a king’s first move would often be to bring goods waged from war to sacrifice to Enlil and other gods in gratitude for protection. These lavish donations contributed significantly to the wealth and success of Nippur over time.

The culture of Mesopotamia, the story of Enlil, and the ultimate downfall of Nippur are all vital parts of the fascinating story of this ancient holy city. By analyzing the past, we can better understand the steps we must take in the future to respect and preserve this valuable site. 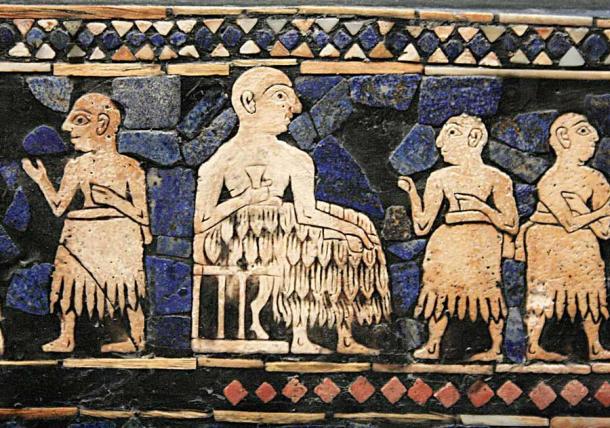 Nippur was one of the places that the ancient Sumerians settled, and it was extremely influential throughout the Mesopotamian region for its religious ideas and practices. Enthroned Sumerian king of Ur, possibly Ur-Pabilsag, with attendants. Standard of Ur, circa 2600 BC. (Michel wal / CC BY-SA 3.0 )

Nippur was one of the homes of ancient Sumerians, people located in southern Mesopotamia. The southern region of Mesopotamia was called Sumer, and consisted of several city-states such as Nippur, each of whom had their own king. The name Sumer actually translates to “land of the civilized kings,” as politics were a significant part of Sumerian culture.

The Sumerians were known for their innovation and their ability to design and build new items or concepts. In particular, they are known for putting a value on days, hours, and minutes by dividing day and night into 12 hours each, an hour into 60 minutes, and a minute into 60 seconds. They also developed some of the first school and government buildings in history, with some of their incredible architecture still existing today. In addition to their innovations, the original narrative of the Biblical flood came from this region. Sumer was a highly advanced civilization, and Nippur was an essential part of it.

Religion was a central aspect of all of Sumerian and Mesopotamian civilization . Religion influenced political decisions, government leaders, school curricula, and all social structure. Sumerians believed that the gods had turned chaos into order to create the Earth, and that to continue living on Earth they must work alongside the gods to maintain that order. While there was a strong focus on individual talents and skills that could be used to help the gods, the Sumerians had a strong sense of community, banding together as a community to serve the gods in exchange for their existence. 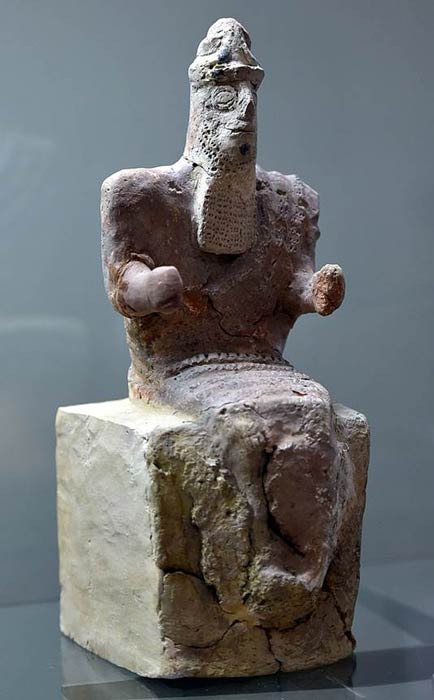 A Loving God with a Penchant for Floods

Enlil is the chief deity amongst the Sumerians and primarily worshiped god in the city of Nippur. Enlil is known for his association with air, wind, earth, and storms, as well as his worship place in the middle of Nippur. Those looking to worship Enlil would visit the Ekur temple, which translates to “mountain house.” This temple was known as the assembly of gods in Nippur and was the most sacred and revered building in all of ancient Sumer. It was believed that Enlil had built the temple for himself as a connection between Heaven and Earth.

Ancient Sumerian myths state that Enlil was so holy that even other gods could not look directly upon him. Sumerians who worshiped Enlil also believed he was responsible for the development of the Earth. The first god, Nammu, had created Heaven (An) and Earth (Ki), who mated with each other to create Enlil. Enlil separated his creators, An and Ki (Heaven and Earth) so humans would be able to survive there. Humans were created by the mating of Enlil and Ki (Earth, his mother), as were all other forms of life on Earth.

In other mythology, Enlil is the supposed father of many other gods on Earth. The moon god Nanna , the god of death Nergal, the warrior god Ninazu, and the god of rivers Enbilulu are all believed to be his offspring. In one version of the Sumerian flood story, the god Enki helps a man Ziusudra to survive, and he became the only survivor of the flood. Enlil, impressed by this, gave Ziusudra immortality as a gift for his intelligence and strength. This version of the story was recorded on an ancient Sumerian tablet, but the story is not complete, and the cause of the flood is unclear due to tablet damage over time.

Another myth about the Great Flood states that Enlil himself caused it. It is believed that Enlil had grown tired of the loudness of humans preventing him from sleeping, so he decided to eliminate the humans as they were overpopulated. In this story, the family of a man named Utnapishtim is warned of the impending flood and is told by the god Ea to build a boat to survive. When Enlil discovers that Utnapishtim and his family have survived the flood, he becomes enraged. However, his son Ninurta saves his family by convincing Enlil to let them live as long as the Earth does not become overpopulated again. Enlil compromises by creating predators, famines, and diseases to keep the population at bay and gives Utnapishtim immortality for his loyalty.

Sumerians focused the entirety of their existence on worshiping the gods and ensuring the gods would be pleased with their work. As part of this worship, they frequently created statues of Enlil as well as other gods, as they believed a statue of a god became a physical embodiment of it. These statues then became regular parts of worship rituals, between which Sumerians would tend to the statues constantly by providing cleaning, food, and other human care for them.

Enlil was often described as a caring, fatherly deity who cares for his people. Kings in nearby city-states used Enlil as a personal influence and sought to rule similarly to how Enlil ruled humanity. In fact, Enlil was thought of so highly that Nippur was the only city-state in Sumer to never have a palace built. They believed that a palace would draw attention away from Enlil and wanted his temple to be considered the most important building in the city.

Even after the Babylonians captured Sumer under the rule of Hammurabi in the 17th century BC, Enlil’s temple was still being used. Though he lost popularity throughout the years, he gained attention on and off, such as around the 7th century BC when ancient Babylonians began to believe that Enlil gave their own god, Marduk, his powers. This worship continued until around the 1st century BC, when the civilization significantly declined and worship of both Enlil and Marduk stopped. 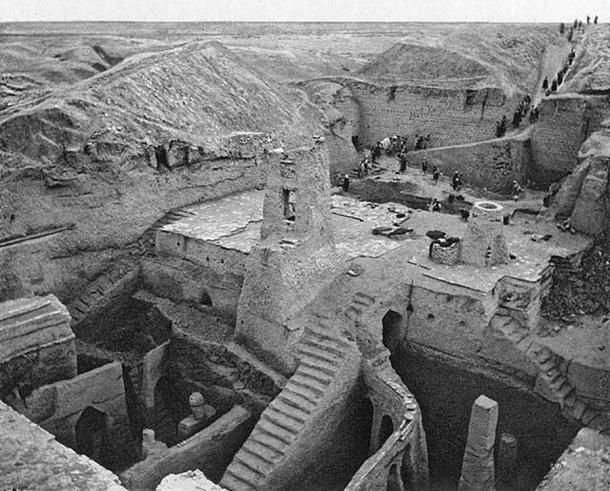 From Holy City to Decaying Ruins

Nippur experienced many seasons of both downfall and regeneration. At times, when all hope seemed lost for Nippur, a nearby king might send workers to have parts of the temple rebuilt or for additions to be built onto it. This is evidenced by remaining artifacts and architecture in the region, as some preserved bricks show the symbols of different reigns over time. The dynasty of Ur, under Ur-Nammu, in particularly helped to build Nippur back up by rebuilding city walls, shrines, and even canals.

Under Hammurabi’s rule , Enlil’s temple was left mostly neglected. The Babylonians had made Babylon the new religious center of the region and had attributed Enlil’s stories to Marduk. Around the 7th century BC, Ekur was given more attention, when some Babylonians began worshipping Enlil again and they decided to turn Ekur into a fortress. Giant walls were built around the temple to protect it, and it was well maintained until around 250 AD. At this point, the region was taken over by Sassanids and left to decay.

Nippur was still inhabited for the next few hundred years. Early Muslim geographers made note of the region, though their mentions of Nippur declined sometime after 800 AD, indicating that the city was likely becoming less inhabited at this point. Though it was still used at times for religious purposes, the city was entirely abandoned by the 13th century AD. Even after its abandonment, many local cities still acknowledged the ruins as a sacred site that was once filled with splendor. 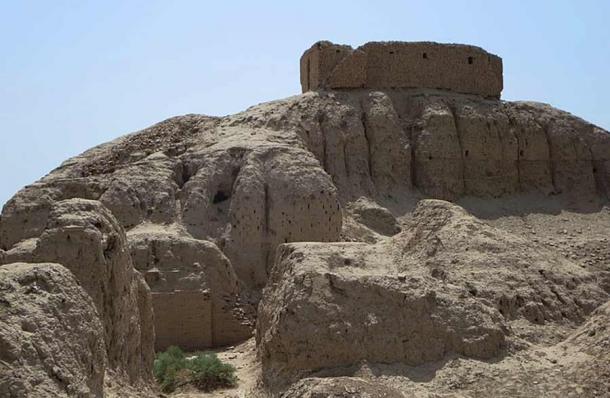 Nippur: Upcoming Glow Up of the Year?

Though Nippur is now a site of ancient ruins, it is still fascinating to see some of the still-standing buildings that exist there. In particular, Enlil’s temple, the Ekur, is still standing and can be seen by those who visit. The site has also been excavated over 19 times by archaeologists since the mid-1900s, which has resulted in many fascinating discoveries.

As of February 2017, Nippur has been placed on the “tentative” list under UNESCO’s World Heritage Sites to join under the “cultural” category. The United Nations Educational, Scientific, and Cultural Organization is a UN agency that strives to protect important historical landmarks from destruction under the categories of cultural, historical, scientific, natural, or mixed. They also strive to educate others about these sites so others can see the significance of these areas in our history and in our world.

If Nippur becomes a UNESCO World Heritage Site, it may be provided resources to help conserve the remaining walls and buildings in the city. It will also prevent further damage to the site by limiting access to animals, people, and governmental negligence. This could be an excellent opportunity to protect Nippur from further destruction and reduce decay of these ancient buildings.

As of right now, further excavations are already planned in Nippur to discover more about Mesopotamian culture, particularly in the areas of medicine and technology . In addition, many archaeologists are working to perform renovations on some of the existing buildings in Nippur to prevent decay even before approval from UNESCO. With a bit of elbow grease, Nippur could be seeing yet another restoration in the future.

Top image: The ruins of the Enlil temple, or the Ekur, in Nippur, which was once the most important pilgrimage destination in Mesopotamia. The brick structure on top was constructed by American archaeologists around 1900. Source: David Stanley / CC BY 2.0