The traditional meeting place of the Mutthi, Nyiampaar, and Barkinji Aboriginal tribes of Australia, in the Willandra Lakes region, has been a source of historical wonder and controversy over the decades, with some very recent promising progress. The remains of Mungo Man, and 107 other Aboriginal people, who died around 42,000 years ago, were dug up in 1974, and taken away without the permission of the indigenous communities involved. Now, finally, the Australian federal government has formally approved a 2018 decision of reburying Mungo Man and 107 others, much to the satisfaction of local community leaders, reports the BBC. 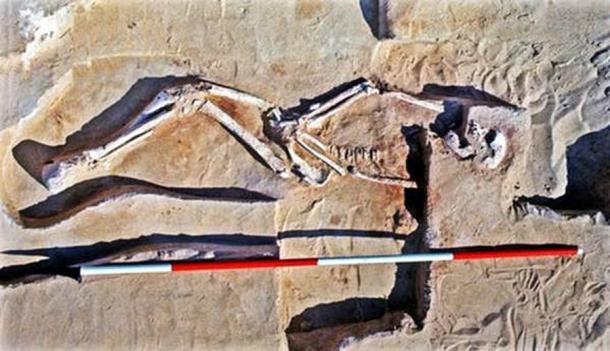 The 40,000-year-old remains of Mungo Man were discovered in 1974 on the southern sector of the eroding Lake Mungo shoreline by Professor Jim Bowler. (Jim Bowler / University of Melbourne )

Not only is the brutality of the European conquest of the Australian continent still an unresolved conflict , but meagre reparations have also done a thoroughly insufficient job in bridging the decades of oppression and colonialism for the Aboriginal peoples. Ancient Origins has earlier reported how deeply humiliating it has been for indigenous people to witness non-indigenous people collecting the skeletal remains of their ancestors without consent or dialogue. They see it as a desecration of their gravesites, and what they hold sacred.

Mungo Lake is an ancient dry lake, along which the remains of Mungo Man and Mungo Lady were discovered several hundred meters apart. They remain the oldest known ritually cremated remains ever found. Mungo Man was discovered adorned with ochre, pointing to a complex and layered ancient past. A 2017 excavation of remains at Kakadu National Park found evidence of humans in Australia as early as 65,000 years ago, pushing back this timeline by almost 20,000 years, reported ABC News . 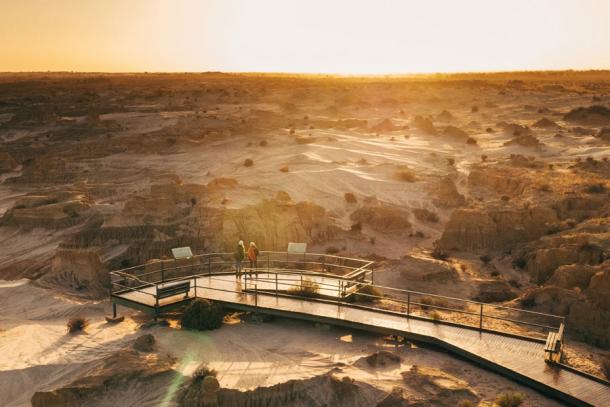 It will be in this landscape, in Mungo National Park, where Mungo Man’s remains along with the Aboriginal remains of 107 other individuals will be reburied. ( NSW National Parks and Wildlife Service )

Federal environmental minister, Sussan Ley, announced at Mungo National Park, “The decision that I’ve made is absolutely the right one. That’s what respected Indigenous traditional culture and that’s what we as a nation must do. I have determined that the remains can be reburied in the Willandra Lakes Region in accordance with the wishes, rights and interests of the local Aboriginal community, represented by the Willandra Lakes Region Aboriginal Advisory Group (AAG).”

“This has been a passionately debated issue that goes to the essence of Australia’s history and that of mankind itself. The Australian Government ’s careful assessment has now given all parties their chance to put forward those views. In the last four decades their remains have been removed, analyzed, stored, and extensively investigated in the interests of western science,” Minister Ley added. Mungo Man and Mungo Lady will soon be home at the end of this long, long road. And their spirits can rest.”

Says Mutthi chairwoman and elder Patsy Winch, “We have tears of joy and tears of sorrow over this decision. It’s been a long, hard battle to get here that we thought we were going to lose but we didn’t. Now we can all move on to the next stage.” In 2018, the Willandra Lakes Regional World Heritage Area AAG recommended reburial, and the chairwoman was satisfied that the government had finally listened to her people.

She added that the three local tribes would make a decision in the next few months on when and where the private burials would take place – the community is still divided over private reburials or keeping the remains accessible for research and development. Personally, it represents the end of a 50-year struggle fought by her family for the remains to be returned rightfully. 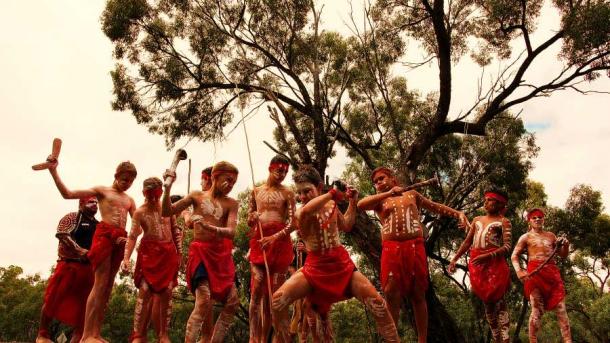 The Tirkandi Inaburra dancers prepare to welcome Mungo Man back to country during a ceremony on Nov.16, 2017, in Hay, Australia. And now (April 2022) the remains of Mungo Man and Mango Lady and about 106 other Aboriginal remains will be reburied on Aboriginal lands. ( NTD)

The Mungo Man Story and the Future of Aboriginal Justice

Other Australian Aboriginal tribes feel excluded from the process of repatriation of their indigenous human remains and artifacts. And many are very unhappy with the recent Mungo Man decision, which did not include the voices of all Aboriginal stakeholders. The National Native Title Tribunal has submitted that a majority of Lake Mungo coincides with the land of the Paakantyi people, an Aboriginal group belonging to the Darling River.

“I am so angry, and we need it to stop. Mungo Man cannot be buried unless all the traditional owners make that decision,” says Paakantyi elder Jennifer Jones. Her tribe has been left out of the conversation for years, despite repeated pleas to the Australian government. Specifically, Ms. Ley. Michael Young, a fellow Paakantyi interviewed by ABC, concurs and adds, along with Mutthi Jason Kelly, that a “Keeping Place” is the best option forward for the satisfaction of all indigenous groups, who could come and pay their respects to the reburied Mungo remains.

“We can all move on to the next stage out here, working with National Parks and Wildlife and World Heritage, and also the universities …and the scientists, and doing it in harmony and with respect,” Ms. Winch concludes, striking a harmonious chord.

Top image: Christine Palmer, a Kngwarreye elder from central Australia, with the red gum casket carrying Mungo Man home in 2017. And now, as of April 2022, all these “illegally taken” Aboriginal remains will be reburied in the landscape where they were found in the early 1970s. Source: Justin McManus / The Age