The world’s most expensive spice by weight, saffron, has been valued and coveted by many ancient civilizations for a multitude of purposes, and debates over its origins still continue. Worth its weight in gold or higher, literally, the flowers of this labor-intensive crop yield two or three wispy saffron pieces that can only be hand harvested. Now research has shown that saffron money was apparently used by elites in late medieval and early modern England to pay the rent and signal status, reports The Guardian . 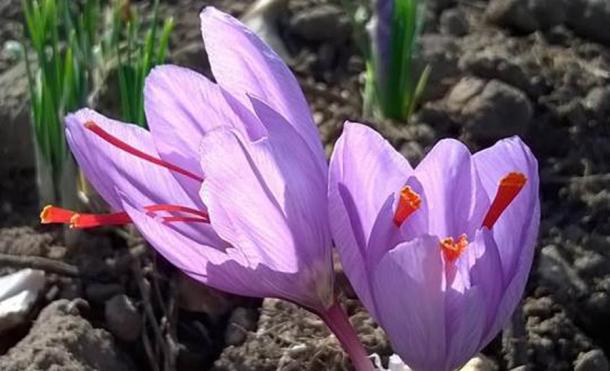 Vast quantities of saffron were consumed by certain medieval intellectuals, whose account records have been found in association with various old Cambridge University colleges, by historians and researchers from present-day Cambridge, Oxford, and Durham University colleges. This is part of a 2021-22 project called “ Cambridge Saffron ,” which will try to assess Cambridge’s role in the history of saffron money.

The Cambridge saffron money project will be examining the collections of the Fitzwilliam Museum, the Museum Library, the herbarium of the Botanic Garden, and in the account books of colleges like Peterhouse, King’s, Pembroke, Queens, and Jesus, where gardeners once cultivated the red gold saffron money.

It is interesting to note the hardiness or adaptability of this valuable plant given that it first thrived in climates like Crete and Greece, and then in the medieval period in colder climates like Cambridgeshire and Essex. Saffron became a valuable cash crop for farmers from the 14th century onwards on the small landholdings of this region. Most of the saffron was sold to Cambridge colleges where it was used for food flavoring, and hygienic and medicinal purposes. But as saffron money it was mainly used to pay the rent! 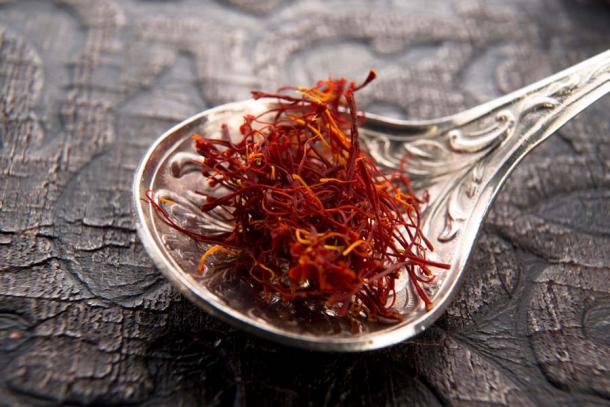 In medieval England, saffron was used a disinfectant by the rich, protection against plague, medicinally, and as saffron money. ( joanna wnuk / Adobe Stock)

Saffron Was Used In Food, As Medicine, and in Politics

In fact, the rich purportedly used red gold as a disinfectant, scattered on floors, and in fires. People believed in its ability to ward off the plague too. It was commonly used for adding a golden hue to food, and thus curried favor (quite literally) with the elite across medieval Europe , for its multiple benefits and advantages.

That’s not all! On the online program copy, the researchers mention that “For centuries and across the globe, saffron has been used in cookery, medicine and hygiene, and as a pigment for manuscript illustration and a dye for cloth. Its colour in particular has played an important role in nationalist and religious discourses.”

The last part alludes to the use of the “saffron stain” of Catholicism in 17th-century Britain and Ireland by the rising Puritans. The saffron color has also been politicized and employed by the current Hindu nationalist government in India as a weapon of oppression. It is a color of all seasons and seemingly transcends all boundaries and divisions, across territories and time. 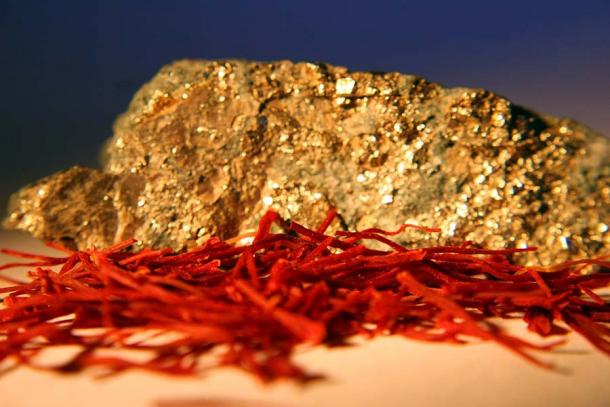 Saffron money, like gold, was an elite form of payment and showing off at medieval Cambridge institutions. (Safa Daneshvar / CC BY-SA 3.0 )

Saffron as Currency in Medieval Cambridgeshire

“Saffron was an essential part of the life of the college,” said Kasia Boddy, Professor of American Literature at the University of Cambridge. “They cooked with it, used it for medicinal purposes and sometimes they would settle their own bills with it. For example, Peterhouse would pay Pembroke with saffron. It actually functioned as a currency.”

She added that the awareness of saffron money affected the attitudes of small landholders, who transitioned in this moment in history from being poor subsistence farmers, to becoming much wealthier and respected cash crop farmers. Enabling this commercial leap was the soil in south Cambridgeshire and Essex, which is chalky, and thus well suited for growing saffron.

Eventually, 14 miles (22.5 kilometers) away, in Chepyng Walden, later renamed Saffron Walden, a major saffron production site was established. In fact, all the villages in between Chepyng and Cambridge, began growing this lucrative crop , which became the currency of the saffron money market created in the economies of the local colleges.

Records from this period clearly show that growing saffron was extremely labor intensive . Medieval saffron growers got up at first light and worked well into the night and consumed a strong kind of beer to stay awake.

Many luxury items in history have had a short shelf life, and saffron was no different. Over time the elite’s tastes changed, and gilded food was no longer the “in-thing,” which was also an effect of the growing social popularity of Puritan morals. And this means that before long many extravagances, like saffron money, were replaced by a growing tendency towards “plain and ordinary.”

Dr. Alice Wickenden of Durham University, who carried out her research with Boddy, found other interesting evidence that confirmed the above findings. She concluded by mentioning that the price, rarity, and luxury of saffron money was mentioned, quoted and used by medieval English elites as the uber way to signal wealth, at least until Puritan morals began to weigh against this unique currency.

Top image: Saffron has always been a luxury because it is so labor intensive but saffron money was all the rage as a way for medieval English elites to show off until Puritan values began to weigh against this odd currency that was even used to pay the rent!. Source: Marco Verch Professional Photographer / CC BY 2.0