People in Europe in the Middle Ages boosted libidinal sexual intimacy through the use of medieval aphrodisiacs, some of which are truly bizarre. Dr. Eleanor Janega, a medieval historian based in London, has provided a wide range of examples of the bizarre medieval aphrodisiacs and seduction techniques used to arouse male lovers across Europe, reports The Daily Mail . 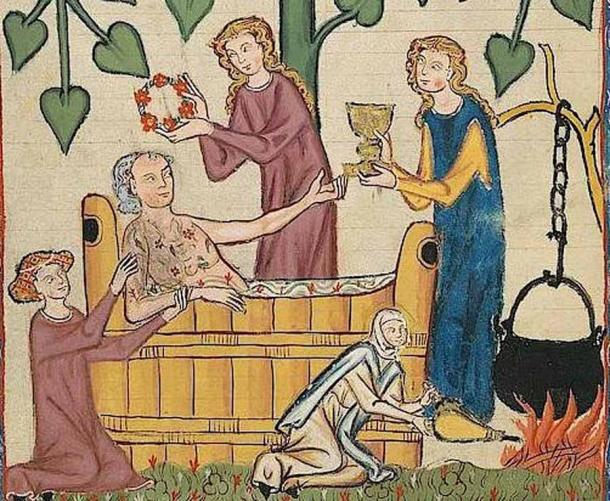 The importance of married sex and making babies meant that wives in the Middle Ages used medieval aphrodisiacs to ensure that their husbands had enough lust to make love and children. ( Medievalists.net)

Speaking on podcast Betwixt the Sheets: The History of Sex, Scandal, and Society hosted by sex historian Kate Lister, Dr. Janega particularly focused on the medieval aphrodisiacs women used to get their husbands ready for love making , and the results are shocking! “There are a lot of options here, and interestingly a lot of them have to do with eating. A lot of the time what it will be is introducing ways of getting your husband to kind of eat something that has been in contact with your body,” she said.

One of these seemingly odd methods was to knead dough on their naked bodies , before baking it and then it serving to their husbands. A similar principle of seduction was to pour honey over one’s naked body, and then removing it before putting it into other things. Honey, in general, played a large role in medieval aphrodisiacs, Dr. Janega added.

In fact, the idea of sweetness and medieval aphrodisiacs were usually linked, including crushing rose petals into honey and then serving that to your other half. 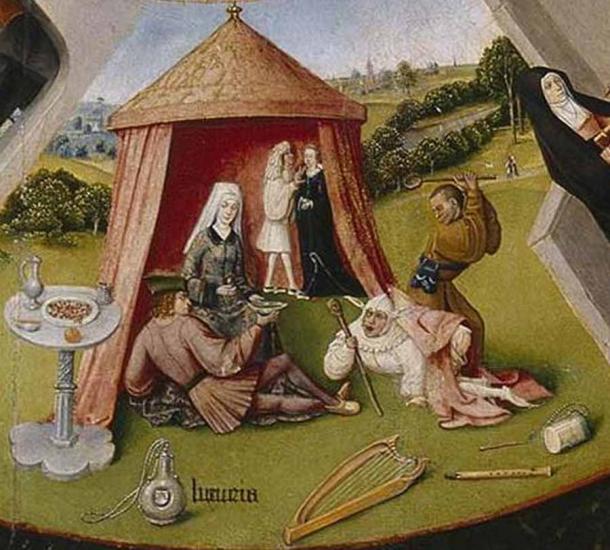 Luxuria (Lust), in The Seven Deadly Sins and the Four Last Things, by Hieronymus Bosch reveals that the Catholic Church had definite views on what was okay and not okay when it came to lust and sin. (Hieronymus Bosch / Public domain )

Dr. Janega is the author of The Middle Ages: A Graphic History , a deeply documented revisionist history, which aims to bust the myth that medieval European life was just about death, decay, and crushing levels of poverty. She loosely touches upon the concept of sex and lust in this book, focusing on the role that the medieval church played in creating a concept of guilt around lust and pleasure that was punishable. Even medieval theologians saw lust as a volatile thing, driving men to dissatisfaction and violence should frustration arise.

For long, the stories of women and their personal lives have been sidelined from the annals of history, relegated to collecting dust in archives and libraries, but revisionist feminist history over the last 30 years has steadily been shifting this narrative. Dr. Janega’s work, past and present, is seeking to subvert this narrative of neglect and women’s submission to the desires and gratification of history’s men.

She quoted from the absurd “penitential guide” of 10th-century-AD bishop, Burchard of Worms , which talks about how priests would ask members of their congregation to admit their sins, from which she learnt of another mindboggling technique. Allegedly, some women would put a live fish in their vagina, waiting for it to die, before cooking and serving to their husbands. If they admitted this sin, the bishop wrote that he recommended two years of penance on appointed fast days.

However, Janega is quick to dismiss the bishop’s farfetched claims that women actually used live fish in this way. She is correct in pointing out the unreliability of a (theoretically) celibate, male narrator, who is, in all probability, projecting his lack of knowledge and desires into these historical records from the Middle Ages. 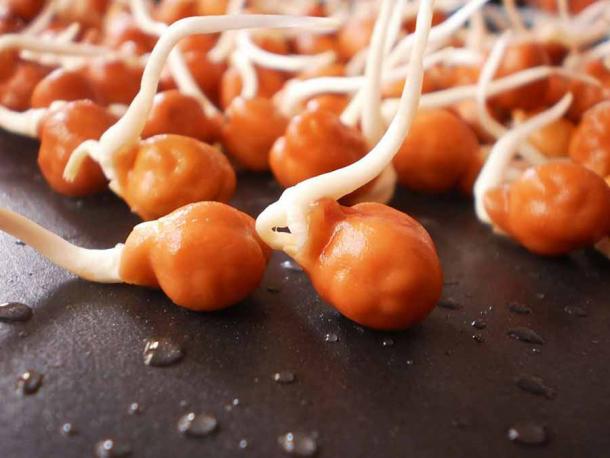 Sprouted chickpeas, which look like sperm, were viewed as ideal for the husband’s sperm production in the heady days of medieval aphrodisiacs. ( Notches)

Nevertheless, “you are what you eat” extended to the bedroom in all ways, using edible foods and substances that had touched the wife’s body, which were then employed in cooking, and eventually feeding respective husbands. These theories had traction even in medieval medical theory. Food and drink were one of the six non-natural things on which health was though to depend, according to medieval historian Dr. Katherine Harvey, a lecturer at Birkbeck, University of London. She writes for the blog, Notches, a space which academically explores the international history of sexuality.

In her 2014 blog on the ultimate medieval aphrodisiac , she argues that food and drink were seen to resolve sexual problems like impotence and infertility, and medical texts from the later medieval ages (late 13th to early 16th century AD), provided a dizzying array of arousing foods and advice for the medieval man.

She quotes Islamic scholar Constantine the African (he would end his life as a monk, after converting to Christianity), who was a prolific translators of Arabic texts into Latin. In one of his works, De Coitu , which was a treatise on human fertility and intercourse , he writes about “food and herbs which provoked desire,” saying that “… which foods produce or suppress semen, which stimulate or prevent desire, which generate semen and incite to intercourse, which dry up and diminish semen; so that men may abstain from or take foods contrary to their condition.”

What is clear is that most medieval men did not have effective sexual tools to satisfy their partners, with a plethora of fictional literature mirroring this reality. Scores of plays, dialogues, and novels have been written by men, in which the female protagonists discuss sexual dissatisfaction at the hands of their husbands in great detail.

Medieval aphrodisiacs and methods were used to incite more passion from men. And a lot of these myths remain in popular culture and imagination even today, despite the advancement of medical science and research debunking most of these methods.