One of the largest ports in the Baltic Sea, Estonia’s Tallinn Port is also one of the oldest in northern Europe, famous as trade center between Rurik Novgorod and Viking Scandinavia. Yesterday, a 700-year-old Hanseatic League ship was miraculously discovered 5 feet (1.5 meters) beneath the streets of Tallinn, Estonia’s capital. The Hanseatic League ship’s final resting place is located at the former mouth of the Härjapea River, a waterway that no longer exists, reports the ERR, Estonia’s public broadcasting news agency . 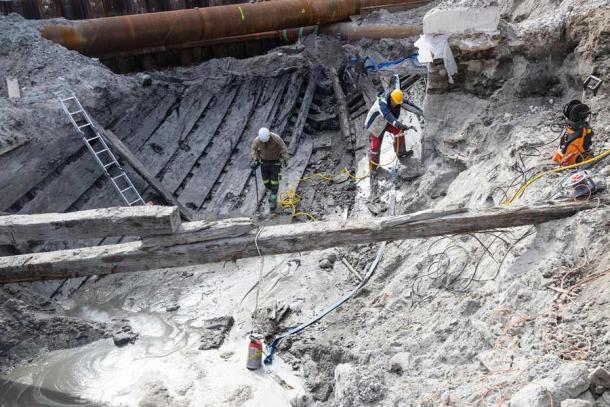 The biggest shipwreck of its kind, the former vessel was a cog ship that plied the trading network that once stretched from Russia and Estonia to England,. It was found accidentally during construction work of an office building on Lootsi Street in the Estonian capital.

At the peak of its power, the Hanseatic League had virtual monopoly over all medieval maritime trade in the North Sea and Baltic Sea . The League even went to war with King Valdemar IV of Denmark and humiliated the Danes with a peace treaty that greatly reduced Danish sea-trade profits.

When construction work began, the knowledge of a previous, smaller shipwreck, had been kept in mind, and the workers had carefully planned around it. But the second, much larger ship, was a total surprise. In fact, it will reportedly delay the construction work by a full two months at the very least, as the wreck is dug out by archaeologists.

“Our property has another wreck from the 13th century, the location of which is known, but the second one came completely unexpectedly,” said Tarmo Mill, a spokesman for the construction company. “We will do everything we can to get these wrecks out of the ground, but what’s sad is that the state’s contribution to preserving our common heritage is nonexistent,” he added, calling out the Estonian government for its seeming lack of apathy towards important historical heritage. 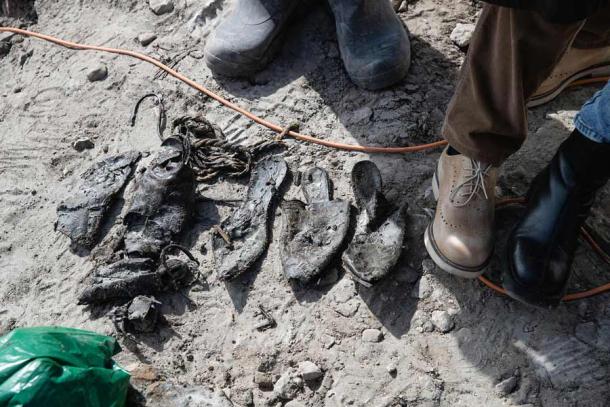 Tallinn Ship Could Surpass the Bremen Cog for Preservation

The Tallinn Hanseatic League ship was so well preserved that it could overtake the current leader in the category of best-preserved medieval merchant ship or cog ship , the famous Bremen Cog.

The Bremen Cog, discovered in 1962 in Weser, Germany, took almost 40 years to meticulously reconstruct in the German Maritime Museum, piece together, and show to the public. The Daily Mail reports that after the performing of a dendrochronology test on the wood, the Tallinn Hanseatic League ship has been dated to 1298, making it 82 years older than the Bremen Cog!

“It’s very good compared to the Bremen Cog. The ship is 24 meters [78 feet] long and nine meters [29.5 feet] wide. The boards are intact up to three meters from the bottom of the ship. It is built using massive oak logs and planks . The ship has overlapping planking, sealed with animal hair and tar. We have found wool material used for packing, we have also found some tools and fragments of medieval leather shoes. Excavations are ongoing and we hope to find more.”

It is interesting Tammett says this, because in 2008, 50 meters (164 feet) away from the current Tallinn shipwreck, another wreck was found. This is why Tammett was called in to provide expert supervision for any further archaeological discoveries related to the site. 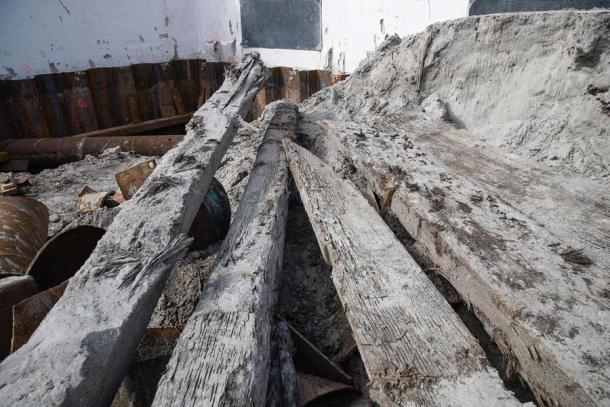 A closeup of the giant timbers that were used to construct the recent Tallinn Hanseatic League ship. (Patrik Tamm / ERR)

The Remarkable Tallinn Shipwreck Tells a Tale of Sea Changes

The reason there are so many shipwrecks in the greater Tallinn area is that this entire region was underwater, seawater, till as late as the 18th century! The entire area would be under two meters (6.5 feet) of water back in the 13th century.

By the late 1930s, the area was filled in with ash and household refuse. The ships would have either been sunk here deliberately, or buried over time by siltification, the reason still not being quite clear, reports Arkeonews.

“There were probably shallower underwater sand ridges which were hard to map because they changed their shape and location because of ice drifts and storms. Our ship was found on one of these ridges under the sediments,” added Tammett.

Despite its large size, the Hanseatic cog was the ship of choice due its flat bottom, tons of cargo space, and ease of operation. Yet, the size of the massive Tallinn vessel makes it almost impossible to move in one piece, according to Ragnar Nurk, an archaeologist with the Tallinn city government. “There are two main options currently: it will go to the maritime museum or to the wreck preservation area in Tallinn Bay near Naissaar Island,” he said.