Tales of massacres, sieges and sadistic executions are common throughout history. Nevertheless, the brutal flaying of Marco Antonio Bragadin, the Venetian commander of Famagusta, and the fall of Cyprus to the Ottomans sent shockwaves throughout the Christian world.

Bragadin was caught in a titanic struggle between the Ottoman Empire and the Republic of Venice as the superpowers battled to dominate the Mediterranean. The last remaining Christian enclave in the eastern Mediterranean, Cyprus was a prime target for Sultan Selim II who ordered the invasion of the Island in July 1570 with an 80,000-strong army. 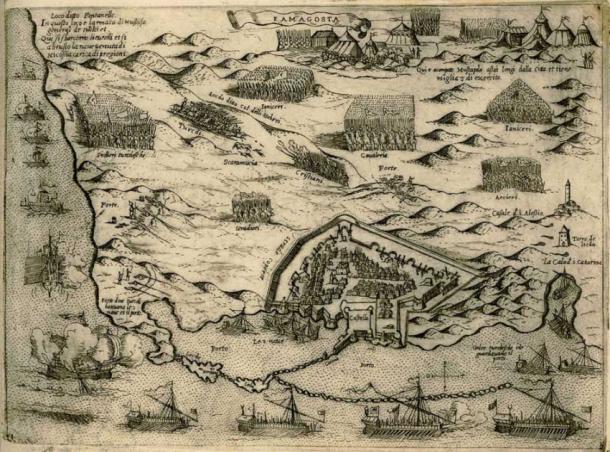 Map of Famagusta during the siege of the city by the Ottomans in 1571, by the cartographer Giovanni Francesco Camocio. (Public domain )

After taking Nicosia in a 40-day siege. the Ottoman commander, Lala Mustafa Pasha, decided to send a clear message to Famagusta, an important port city and the last-remaining bastion of Venetian power on the island. In a moment reminiscent of the final scene of the 1990s Brad Pitt movie Seven, Pasha sent over the head of Nicolas Dandolo, the commanding officer of Nicosia, along with a demand for the surrender of Famagusta. Bragadin replied:

“I have seen your letter. I have also received the head of the lord lieutenant of Nicosia, and I tell you herewith that even if you have easily taken the city of Nicosia, with your own blood you will have to purchase this city.” 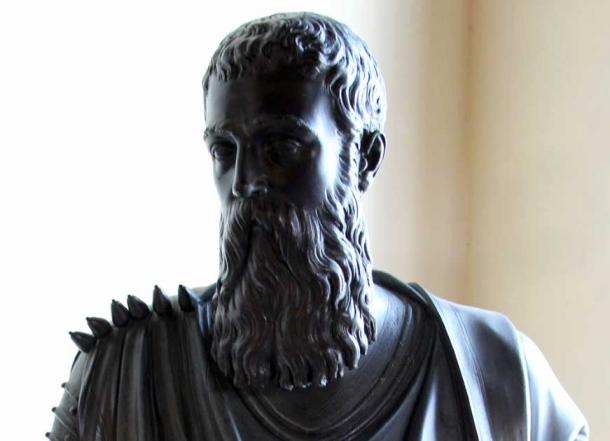 It’s hard to overstress the predicament in which Bragadin and the unwitting occupants of Famagusta now found themselves. Located over 1,400 miles (2,250 km) from Venice, they had just 8,500 men with which to defend the city, while help from the Holy League was nowhere in sight. Despite incessant cannon fire and superior numbers, the siege of Famagusta held out for 13 months and caused the death of about 50,000 Ottomans.

Facing defeat, and after an offer for safe passage to Crete, Bragadin surrendered on 1 August 1571 and marched to Pasha’s tent to deliver the keys to the city, accompanied by around 300 of his best men. Probably irked by Bragadin’s arrogance, Pasha ended up ordering the Venetians be killed and their heads piled up in front of his tent.

For Bragadin he had other plans. After cutting off his nose and ears, Pasha enacted a series of ritual humiliations. On 17 August 1571 Bragadin was paraded through the city, made to carry sacks of earth around the city walls, and then hung from a galley mast and dunked into the sea.

Outside the Cathedral of Saint Nicolas, now the Lala Mustafa Pasha Mosque, he was skinned alive . To add insult to injury, his flayed skin was then sewn together, stuffed with straw, and dressed up in Bragadin’s clothes to be flaunted through the streets. This terrifying war trophy was tied to the Pasha’s galley and sent back to Constantinople. 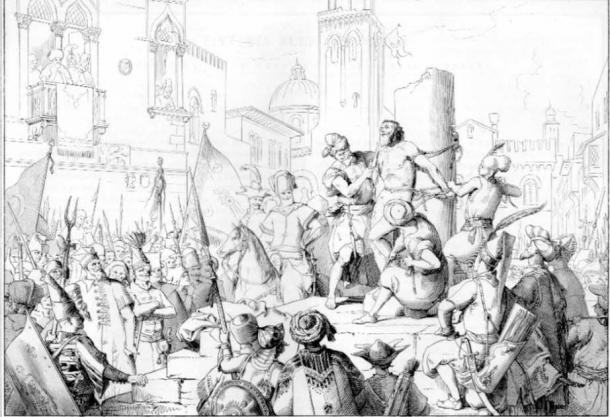 Marco Antonio Bragadin, a.k.a. Marcantonio Bragadin, being skinned alive outside the Cathedral of Saint Nicolas in Famagusta, Cyprus. Engraving by Antonio Vivani from Venetian History Expressed in 150 Plates. ( Public domain )

Spurred on by news of Famagusta, the Christian armada headed into the Battle of Lepanto in October 1571, inflicting devastating losses on the Ottoman fleet and ending their maritime ambitions. A truce signed in 1580 led to the lingering Mediterranean frontier between Islam and Christianity.

The whole hideous event ended up turning Bragadin into a Christian martyr. Back in Venice, a monument to Bragadin was erected at the Basilica di San Zanipolo. His skin was recovered from Constantinople by a Venetian seaman in 1580 and interred in the niche where it can still be visited today.

Top image: A drawing of a flayed corpse, the fate of Marco Antonio Bragadin at Famagusta in 1571. Source: Wellcome Images / CC BY 4.0