An American company has announced its plans to create a woolly mammoth hybrid using Asian elephant DNA. Based on the now extinct woolly mammoth, the company’s team of genetic scientists claim their new creature will help in the fight against climate change.

Before we begin, unlike almost every other reporter on the planet I will offer you a dose of respect by refraining from childish terms such as “genetic horror show.” Neither will I refer to Jurassic Park or any other fantasy movies while telling this story.

Colossal, a US bio-tech company based in Austin, Texas, recently announced their plans to genetically edit DNA from Asian elephants. They aim to create a new mammoth hybrid or a mammoth-elephant hybrid that will resemble the ancient woolly mammoth. The purpose of creating these new mammoth hybrids is not, however, to fill a host of next-generation zoos but to “help fight climate change,” according to the researchers 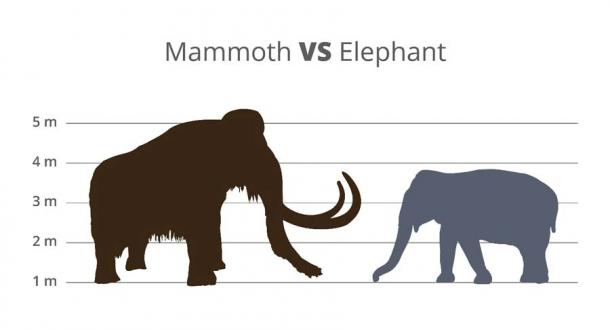 The Mammoth Hybrid: Made By Editing Elephant DNA

Professor George Church is a biologist who leads Synthetic Biology at Harvard Medical School’s Wyss Institute, where he oversees “the directed evolution of molecules, polymers, and whole genomes to create new tools.” It was Church who first conceived the idea to rebuild, not to bring back, the woolly mammoth .

Church developed ways to read and then edit elephant DNA , and he now plans to create a new version of the woolly mammoth that went extinct over 10,000 years ago.

Professor Ben Lamm, the tech entrepreneur who cofounded Colossal with Church, told CNN that the private company intends to produce the first hybridized-elephant calves “in the next four to six years.”

Such a controversial project didn’t take long to build significant heat among biotech investors . Colossal has been backed by a consortium of private enterprises. Among the investors are the American Winklevoss twins, who might or might not have created Facebook. CNN reported that Colossal has “raised $15 million to pursue their goal.” 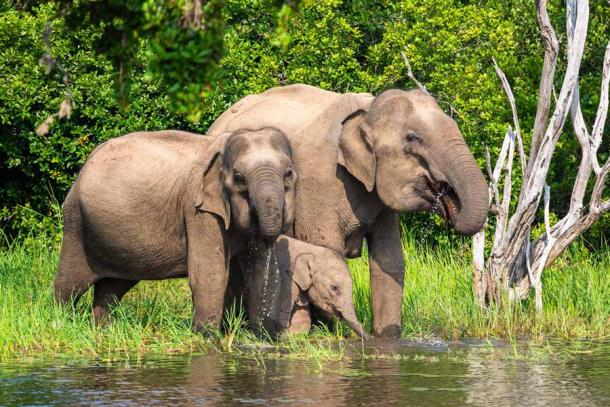 An Asian elephant in Yala National Park, Sri Lanka. This elephant species will be used in a genetic reverse engineering process that will ultimately result in a wooly mammoth hybrid. ( mariusltu / Adobe Stock)

Until now, most genetic researchers have tried to “recreate” mammoths from ancient DNA. Colossal and visionary Church plan to reverse engineer DNA from modern Asian elephants to create a new hybrid creature that will resemble the ancient mammoth.

Now you can clearly see that almost every headline out there is click bait. Colossal isn’t actually cloning an ancient mammoth’s DNA. This project is about editing the genetic code of modern Asian elephants, which share a common ancestor with the woolly mammoth.

The team at Colossal will be creating “a new” elephant-mammoth hybrid and the job of reverse engineering the elephant’s DNA is expected to take about “50 changes,” said Church. According to The Guardian , Church said the animal will be custom designed to survive and thrive in the Arctic , so that it “will enjoy its time at -40C, and do all the things that elephants do, and mammoths did.” 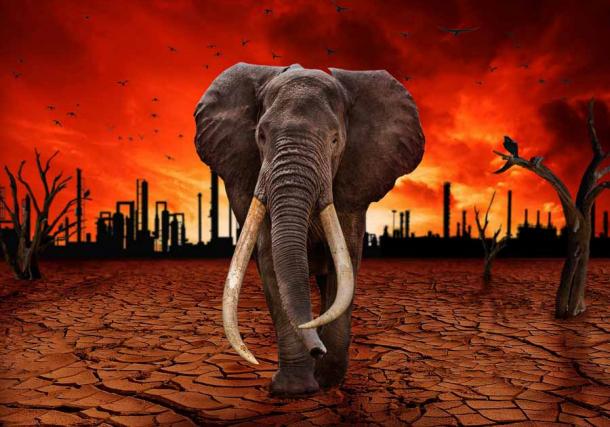 The idea or goal behind the woolly mammoth hybrid is to help the environment because large herds of mammoths once broke up moss and knocked down trees. These new creatures may help to slow erosion and lower CO2 levels, says Colossal’s top scientist. ( Anton / Adobe Stock)

DNA Manipulation To Help a Planet In Climate Change

Church believes that reviving a version of the woolly mammoth might “ help the environment .” He explained to CNN that before 10,000 years ago huge herds of mammoths once helped the proliferation of grasslands, ”because they broke up moss and knocked down trees.” Church believes that places like Siberia might be turned into grassland again, which the genetic scientist thinks might help the environment by “stopping erosion and controlling carbon dioxide.”

To stand these extremes conditions the animals will require “fat, shaggy hair, and small ears,” but their ancient ivory tusks will be omitted to save them being stalked by illegal poachers. Church told the New York Times “everything up to this point has been relatively easy. Every tissue we’ve gone after, we’ve been able to get a recipe for.” Convinced he has figured out how to map the DNA of elephants, the next step, according to Church, is the difficult bit. 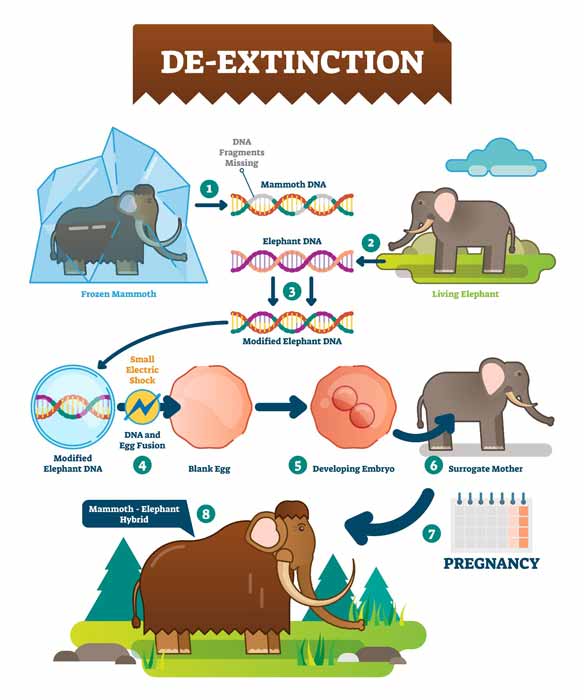 The Edited DNA Embryo Will Grow in an Artificial Womb

The edited DNA must be brought to life in an embryo of some sort, which will develop into a living animal. The reason this is complicated is because no one has ever successfully harvested an egg from an elephant or attempted to perform in vitro fertilization on the creature.

Church detailed his plans to build an “artificial womb” that will be large enough to hold a two-hundred-pound (91-kilogram) elephant fetus for two years. While womb trials successfully grew a lamb fetus in four weeks, Colossal’s artificial elephant’s womb will require much more complexity that that of a sheep.

There we have it folks! Now you know the wooly mammoth is “not” being brought back. Meanwhile, all the headlines in the mainstream media outlets are using the word “revival” and the term “brought back,” with Jurassic Park styling and childish fear mongering.

Top image: The idea of the woolly mammoth hybrid is based not on ancient DNA cloning but on reverse engineering living Asian elephant DNA and then growing the embryo in an artificial womb. No one knows for sure what the mammoth hybrid will look like, but many of the features of this ancient extinct species will be recreated no doubt. Source: dottedyeti / Adobe Stock