The PLATINUM project claims to be a “Partnership for Learning and Teaching in University Mathematics.” The study began with the goal of analyzing existing Latin papyrus texts dating to the 1st to 8th centuries AD to learn more about Roman Orientalism as an aspect of “multiculturalism in Antiquity and Late Antiquity.” But this study of Latin texts has also helped academics achieve a better understanding of Roman society and education, and how Latin’s influence spread across Europe.

A new research paper was published on CORDIS and funded by the European Research Council. The team of EU archaeologists who conducted the study claimed that recent archaeological discoveries of Latin texts found written on papyrus have grown the available database considerably.

However, the authors of the new paper said these newly discovered texts are “frequently not given the attention they require.” Therefore, according to Maria Chiara Scappaticcio from the University of Naples Federico II in Italy who coordinated the project, the new study delves into “a vast untapped source of information and insight into the development of ancient Roman literature, language, history, and society.” 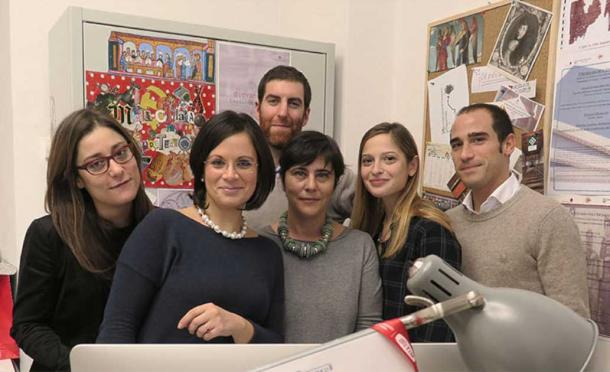 Tracking the Adoption of Latin in Ancient Latin Papyrus Texts

According to the Ancient Language website, Latin was developed about 2,700 years ago in a small settlement on the Palatine Hill near the River Tiber that was famously founded by Romulus, the first Roman. With the gradual increase of Roman political power across Italy, the use of the Latin language spread across western and southern Europe, and the central and western Mediterranean coastal regions of Africa.

The team of researchers from the Platinum project said their new study of Latin texts on papyrus unlocks historic information about the “literary and linguistic emigration of Latin across the ancient world.”

Scappaticcio said the team’s new approach to the study of Latin texts depended on their “multidisciplinary way approach.” They sent ancient writings to independent Latinists, linguists, historians and Classicists for their interpretations and opinions, essentially seeking academic crowdsourcing of knowledge for answers.

Now, the new work is being prepared into six volumes of “a Corpus of Latin Texts on Papyrus,” which will be published by Cambridge University Press in the near future, further disseminating the new understanding of the spread and use of Latin.

An image of one of the Herculaneum papyri, Latin papyrus texts discovered at Herculaneum in the 18th century. ( Public domain )

A “major” finding made during the study of these Latin papyrus texts was the “startling discovery” of Lucius Annaeus Seneca the Elder’s Histories. This was found written on a fire damaged papyri recovered from Herculaneum, the elite Roman coastal resort that was destroyed in the 69 AD eruption of Mount Vesuvius . Seneca was a Roman writer born into a wealthy equestrian family from Cordoba in Spain and the researchers said they could “never have imagined such an important work would be found.”

Scappaticcio says the team also discovered “the only known” Latino-Arabic papyrus. This unique text provided the researchers with evidence of the merging of Latin and Arabic language and culture during the early medieval period around the Mediterranean Sea.

Through in-depth analysis of the books, tools and materials that were circulating at the time the team has also explained how Latin was taught as a foreign language to explain the dynamics of Roman law. The study also shows how Latin literature was being read in the Eastern Roman Empire and how this literature might have “shaped knowledge.”

Leaping Ahead in Latin

Scappaticcio concluded that the new work greatly adds to what is known about the spread and use of the Latin language among the provinces of the Late Antique Roman Empire. According to the project coordinator the new work “has opened the door to better understanding cultural interactions at the time.”

This research will not only benefit ancient historians and classical philologists, literates, and linguists, but also cultural historians who combine the approaches of anthropology and history to understand ancient cultural traditions. Furthermore, thanks to this new research, more ancient Roman texts are circulating among scholars than ever before and new research partnerships are being made between universities and cultural institutions.