Researchers analyzing several broken wine jars taken from an archaeological site in Jerusalem discovered something surprising about the alcohol consumption of elites in the 6th-century-BC Kingdom of Judah. Chemical traces on the insides of the jar pieces were identified as vanilla, which apparently had been used for its flavor-enhancing capacities.

“The large capacity of the jars and the presence of wine-markers may indicate that the vanilla was used as a wine additive,” the researchers wrote, in their study that was just published in the journal PLOS One .

It was these amphorae, found in east Jerusalem, which were analyzed in the latest study and which strongly suggested that vanilla wine was made for the elites of 6th-century-BC Kingdom of Judah (Judea). ( PLOS One )

Wine drinking in ancient times was common in the lands of the Southern Levant (the area occupied by modern-day Israel), and also elsewhere in the Middle Eastern and Mediterranean regions. Previous studies of artifacts dating to distant centuries have already produced evidence to suggest that herbs and spices were used to flavor wine. However, this is the first time vanilla has been found at a site connected to the Iron Age Israelite kingdom of Judah , which was formed in the 10th century BC and lasted until the late sixth century BC.

The kingdom of Judah ceased to exist after it was invaded and conquered by the Babylonians in 587-586 BC. This tragic destruction of the kingdom of Judah has been immortalized by the Hebrew Bible , which tells the story of the Babylonian Captivity and the exile of the Jewish people from their homeland. During the Jewish-Babylonian War the forces of King Nebuchadnezzar II destroyed Solomon’s Temple in Jerusalem, along with much of the rest of Judah’s capital city.

The archaeologists who found the vanilla-infused wine jars were searching through excavated rubble that dated back to the time of the Babylonian destruction when they made their discovery. The jars date to the reign of King Zedekiah , the last man to serve as king of Judah before the land was subjugated and remade into a province of Babylonia.

The jars were found inside two rooms under a collapsed building, in what is now the eastern part of modern Jerusalem. The large wine jars had been cracked and battered during the conflict, but not completely destroyed, and their pieces were well enough preserved that it was possible to identify and evaluate their original contents. 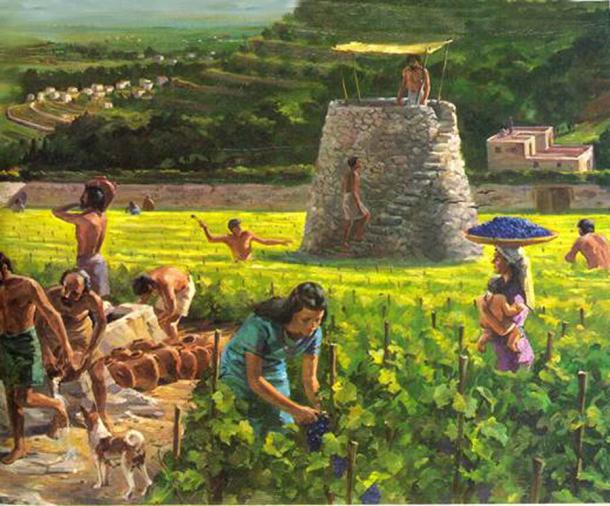 Vanilla in the Old World and the New

In modern times vanilla is a common flavoring available in any supermarket. But 2,600 years ago, it was a highly coveted substance and may have been quite difficult to acquire.

In fact, until just recently there was no evidence to suggest that vanilla was used in the Levant, or anywhere else on the eastern side of the Atlantic, until just a few hundred years ago. The Totonac people of Mesoamerica, who once lived along Mexico’s east coast, were credited with domesticating vanilla in the 15 th century AD, and the flavor had supposedly only begun to circulate globally in the years after Europe’s initial contacts with the New World.

But this long-held theory had to be abandoned in 2019. That’s when an international team of scientists published a paradigm-shifting article in the Journal of Archaeological Science: Reports , which revealed that four small ceramic jugs taken from an excavation site in Tel Megiddo , Israel had tested positive for the presence of vanilla. These jugs had been manufactured in the Middle Bronze Age, between 1650 and 1550 BC, when that part of northern Israel was known as Canaan. The jugs of vanilla were found inside a tomb and had apparently been offered as some type of gift to the Canaanite gods.

In that study, the vanilla had been held in jugs specifically reserved for that substance. But this new study, which was carried out by a team of archaeologists from Tel Aviv University, Israel’s Weizmann Institute of Science, and the Israel Antiquities Authority, showed that vanilla had not been used exclusively as a sacred offering in funerary rituals in the ancient Middle East. People in the Levant region had discovered and exploited its flavor-enhancing abilities as well, in a part of the world that was not known to have used vanilla at all until just two years ago. 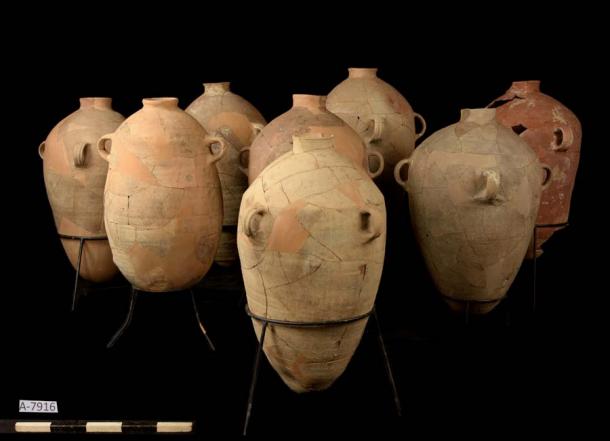 The reassembled amphorae found in east Jerusalem, which held traces of vanilla. ( PLOS One )

A Flavor Fit Only for Kings

Some of the reconstructed wine jars carried a distinctive rosette stamp that linked them to the kingdom of Judah’s ruling dynasty. According to the study authors, this means that vanilla was used “as a wine additive by the kings of Judah and their entourage.”

The scientists believe the vanilla would have been imported from India or East Africa . They note that these areas were connected to the lands of Judah by desert roads originating in South Arabia or Egypt.

In 587 BC, vanilla would have been a rare and expensive import available only to those who could afford it. Consequently, the residues of vanilla found in the jar remnants “attest to the great prestige of the wine and to the drinking habits of the elite residents of Jerusalem.”

Wine drinking was an important culture activity in Judea during the Roman era. However, until now little was known about wine drinking in earlier Hebrew kingdoms.

It now seems clear that elites in more ancient times were every bit as invested in wine culture as later Judean rulers. The discovery that they used vanilla to help improve the taste of wine was an unexpected revelation, as it confirmed that vanilla has been used by human beings for longer and more widely around the world than had previously been suspected.