A living genius recently solved an ancient mathematical problem, first tackled by Greek mathematician Euclid over two millennia ago. However, the brain behind the impressive solution is an imprisoned murderer.

Incarcerated murderer, 40-year-old Christopher Havens, has resided in a US prison near Seattle for the last nine years. From the confines of his cell, and the prison library, Haven’s was recently able to solve a complicated arithmetic problem that has stumped mathematicians for centuries. Havens has since formed a prison ‘number cult’ sharing his deep-mathematical insights with his inmates.

A Genius Locked Inside A Hot House

A report in DW says Havens “went off the rails” after leaving high school. Having become a drug addict, he was involved in a chaotic moment and is currently nine years into a 25 years sentence for murder. During his time inside, Havens taught himself the basics of higher mathematics. Then, the murderer struck a deal with the prison guards. They entitled him access to more advanced math books, so long as he taught basic arithmetical skills to his fellow prisoners.

Havens eventually wrote a letter to a mathematical publisher, ordering issues of the  Annals of Mathematics. In his missive he said numbers had become his “mission.” He also said numbers and math were his tools of self-improvement, but that he had nobody to discuss his complex mathematical ideas with. The prisoner’s letter found its way to the renowned professor of mathematics, Umberto Cerruti, from Turin, who specialises in “elementary theory of numbers, Integer Sequences, Sequences of Polynomials, Artificial Life.”

Prisons Letters Of Infinity That Blew A Professors Mind

Can you imagine how dangerous it must have felt for the professor to even consider engaging with proven murderer? Nevertheless, the professor had to put his reputation on the line for it was his daughter, Marta Cerruti, who had passed the letter to him, so he felt obliged to respond to Havens. To satisfy what must have been a burning curiosity, the professor tested the murderers claimed mathematical skills and sent he a problem to solve.

An article in The Conversation speaking with Marta Cerruti, who is herself an associate professor for materials engineering at McGill University in Montreal, Canada, told Havens’ bizarre story in detail. The prisoner soon replied to professor Cerruti in Turin with a “120-centimeter-long (47-inch-long) piece of paper with an incredibly long formula written on it.” Cerruti was at first unfamiliar with the prisoner’s verse of numbers. However, an advanced mathematical modelling program checked Havens’ math and determined he had solved the tasks correctly. It was time to raise the stakes. 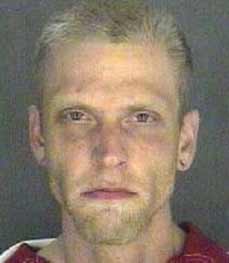 Challenging The Mind of A Murderer

The Turin mathematics professor sent a second, longer letter to prisoner Havens. According to The Conversation article, this time, the prof. invited the murderer to look at “an ancient mathematical problem.” Achieving what was out of range of the most advanced computers available to modern mathematicians, “using only pen and paper,” Havens solved the ancient number theory and “continued fractions” problem.

This ancient number theory was chewed on by the Greek mathematician Euclid, and further explored by numerous medieval minds. Today, it is used in modern military, banking and financial cryptography. Havens cracked this age-old mathematical puzzle by presenting, for the first time, a set of regularities “in the approximation of a large class of numbers,” said Marta Cerruti. It was at this point in the story that professor Cerruti helped prisoner Havens to formulate his new math proof in a profession scientific paper. In January 2020, the professor and the prisoner published the findings presenting a solution for the ancient mathematical problem. 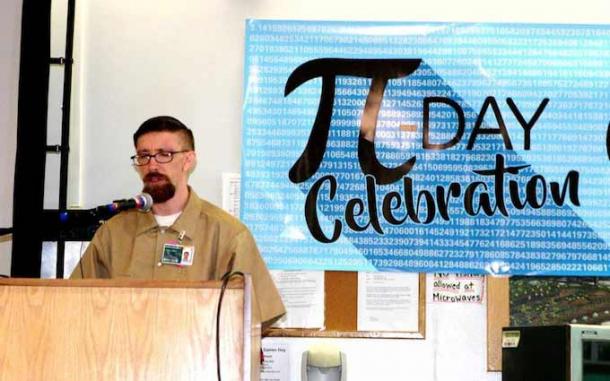 Havens has now established a 14-man strong math club at the prison. In true nerd fashion, every March 14, the group celebrate “Pi Day.” Paying tributes to the beautiful mathematical, 3.14, Professor Umberto Cerruti travelled to the Seattle prison and has since written an article entitled ” Pi Day behind bars — Doing mathematics in prison ,” that was published in the journal  Math Horizons . Cerruti was especially impressed by a particular prisoner who recited “the first 461 decimal places of pi from memory,” according to the paper.

Marta Cerruti claims Havens is using math to help “settle his debt to society.” It is clear this murderer, who shot another messed up junkie in a chaotic, emotionally charged moment, has now replaced his needle and gun for a pen. Isn’t it just such a pity, almost tragic, that such a mind went so off-rails, so young, before these talents were hatched? For with the right guidance, we might today have in Havens another Isaac Newton, standing among today’s ranks of university professors breaking boundaries into both ancient and future scientific frontiers.