“Bríg came and keened for her son. At first she shrieked, in the end she wept. Then for the first time weeping and lamentation were heard in Ireland .” The quotation comes from the ancient Irish text, Lebor Gabála Érenn , or The Book of Invasions , and describes what has been referred to as the first keening cry heard in Ireland. Brigid, seeing her dead son, is overcome by grief and begins to wail and cry in what would become a keen. The term ‘keening’ originates from the Gaelic  caoineadh which means ‘to cry’. 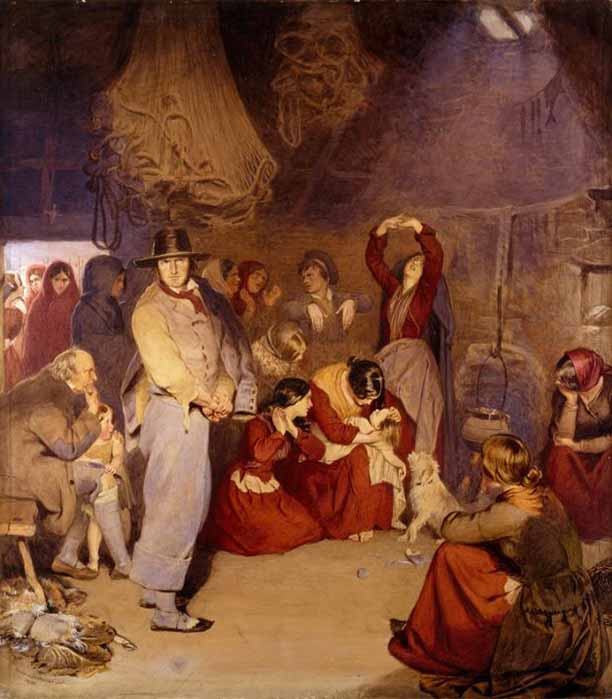 Keening, to give an initial simple description, is a form of death wailing usually expressed by women which is found in many indigenous cultures stretching from Europe to the Americas and throughout Australia, Africa and Asia. In certain traditions keening takes the form of wordless cry, and becomes an emotional outpouring of sounds, but in a diversification there is very often a recounting of the deceased person’s deeds and traits. This might be a plea to the spirit world or deities to look kindly upon the departed person, but there was also an honoring aspect to these incantations and an attempt to sing a scar upon the memory of those left behind in order to never forget what they had lost.

In ancient Greece, mourners called Goetes would howl and chant next to the dead person in order to secure safe passage for their soul to the heavenly realms. The term ‘ Goetes‘ is sometimes said to mean ‘sorcerer’ or ‘magician’, but its original translation was more accurately conveyed as to ‘moan’ or ‘howl’.
Although the term ‘shamanistic’ is often used outside of the original cultural context, in this instance there is a direct relationship to the Asian forms of chanting and singing at the funerals of the dead. It is possible to trace many of the practices of appeasing ghosts, for example, from Asia to Mesopotamia and onto Greece. It was believed that these shamanistic-type ‘songs’ somehow attached to or carried the soul of the dead person and helped to navigate its way past the obstacles and dangers of the Underworld. The inclusion of heroic deeds or acts of kindness or charity in the chants would add further weight to the deceased persons chances of appeasing the ancestors and spirits.

David Halpin is a writer from Carlow, Ireland. He compiles local folklore and documents alignments between ancient monuments near his home in Ireland. Join him for virtual and physical guided tours of ancient Irish sites at @CircleStoriesDavidHalpin