How Ancestral Puebloans Thrived After The 536-541-AD Climate Catastrophe


A massive volcanic eruption in 536 AD resulted in dramatic climate catastrophe and the volcanic ash significantly cut the sunshine reaching Earth. As a direct result, temperatures dropped leading to crop failure and famine across large parts of Eurasia. The 536 eruption was followed soon after by another equally catastrophic one around 541 AD. The effects of this double, back-to-back climate catastrophe across the Eurasian region have been well documented by historians and academics alike. However, the effects of this event on the ancient Ancestral Pueblo peoples (also known as the Anasazi) of North America have really never been investigated until now!

Historical studies of North America have generally not focused on the cataclysmic events that changed Eurasia in 536-541 AD . Now a group of scientists from UCLA and Colorado State University are studying their effects on farming communities in the arid uplands of western North America. The results of their study will be published in a forthcoming paper in the February 2022 issue of archaeology journal Antiquity.

Though Europe faced the brunt of the climate catastrophe, making it “the worst time to be alive” in the region, it also had a documentable impact on southwestern North America. According to the new groundbreaking study the 536-541 AD mega climate event caused a period of extreme cold leading to large-scale migrations as crops failed in the territories of the native Ancestral Pueblo peoples . 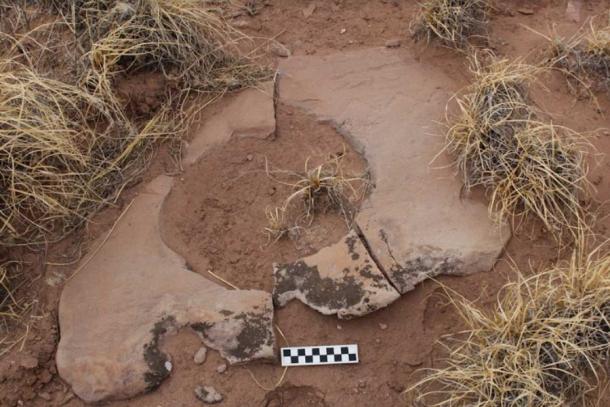 The social and economic organization of Pueblo Americans today is centered around maize cultivation . This unites widely dispersed groups speaking languages that are not recognizable to each other but with remarkably similar values and traditions. This shared Pueblo history is anchored in a rapid spread of sedentary agriculture accompanied by social and economic transformation in the late sixth and early seventh centuries AD.

However, the reasons for the dramatic transition from small hunting and gathering settlements with kin-based social organization to much larger settlements of sedentary agriculturists, more complex socio-economic arrangements and deeper inequity have so far not been clearly understood. The findings of the new study suggest that this prospering of the Ancestral Pueblo peoples may in fact have been caused in part by climate change . 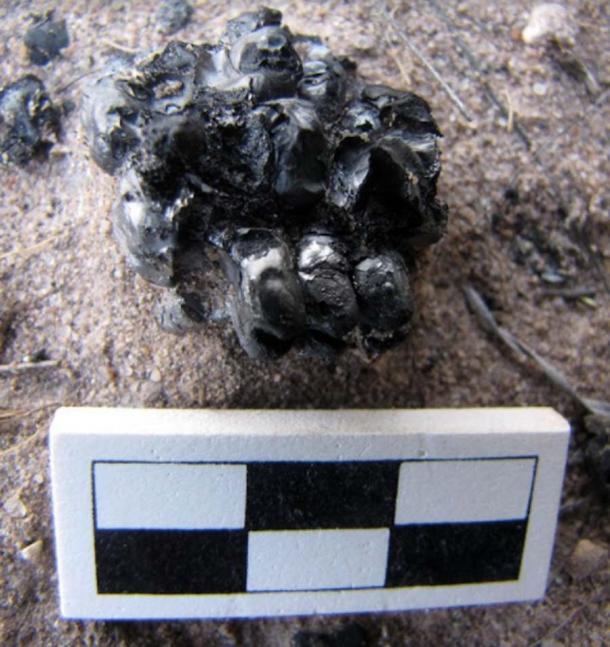 The researchers studied several lines of evidence from the region to examine the effects of the extreme events on the region. Their examination of tree rings across the southwestern US suggested that the cold and dry conditions after the volcanic eruptions limited plant growth. Archaeological evidence showed, meanwhile, that construction slowed down and cultural traditions were suddenly rejected. “We analysed more than 2500 radiocarbon and tree-ring dates from archaeological sites to study the impact of this extreme global temperature ,” stated lead author R.J. Sinesky from UCLA.

The Ancestral Pueblo peoples, at the time of the catastrophic event, inhabited small and scattered hamlets based around kin. As each group had adapted to a local environment, they were quite dissimilar. The long period of volcanic induced climate catastrophe dealt a blow to their existing social organization. When it finally came to an end, it brought new social and economic systems in its wake.

According to Sinesky, “Archaeologists already knew that there was a population boom across broad swaths of upland Arizona, New Mexico, Colorado and Utah during the seventh century AD. The economic strategies and social organization of these sedentary farmers differed from that of their predecessors.” These included new crops, new ways of farming, adoption of new technologies and settlements with large communal buildings called kiva . These common features were seen across a region previously characterized by a fair amount of variation, suggesting the evolution of shared social and political beliefs. These new settlements and social organization slowly developed into the first villages in the region.

“Ancestral Puebloan farmers restructured deeply rooted aspects of economic strategies and political institutions in response to an unprecedented climate anomaly that persisted for over a decade,” says Sinesky. 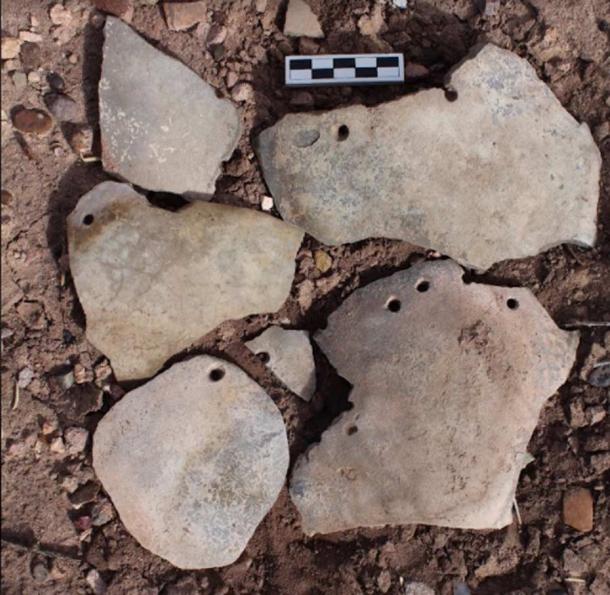 These 1500-year-old ceramic vessel fragments show stone drilled mending holes. Cordage would have been woven through these holes to allow continued use of the vessel after breaking. (R. J. Sinensky / Antiquity Publications Ltd )

These new reorganized Ancestral Pueblo groups eventually established several famous sites in the region such as the Chaco Canyon one which was an important cultural hub from 800-1150 AD. The Chaco Culture National Historic Park, located in northwestern New Mexico in a remote canyon cut by the Chaco Wash arroyo, was once an important site for Ancestral Pueblo culture. It boasted monumental buildings, distinctive architecture, knowledge of astronomy, artistic achievements and served as a center of trade and administration. However, it also shows evidence of greater social inequality among the Ancestral Pueblo than in earlier periods.

Archaeologists have long been at a loss to account for the transition from small, dispersed hamlets to these massive sites with huge buildings. Perhaps, as suggested by the new study, the reasons lie partly in climate catastrophe or change and adaptation. “Human societies are capable of reorganization to deal with unprecedented climate disruptions. Nearly 1500 years ago Ancestral Puebloan farmers living in the arid uplands of what is now the southwestern United States were resourceful and resilient in responding to the most extreme global temperature anomaly to occur within the past 2500 years.”

Thus, the Ancestral Pueblo turned the social and economic disruption forced upon them by climate change to good use and restructured to emerge stronger and more developed, though more unequal.

Top image: A duck effigy vessel made by mobile farmers during the period just prior to the climate catastrophe anomaly of 536 AD. Water birds hold great significance for modern Pueblo peoples, who were the descendants of ancient innovators that survived serious climate change.  Source: R. J. Sinensky / Antiquity Publications Ltd

In this online presentation, based on his latest book titles Origin of the Gods https://amzn.to/3BQ7o7W author Andrew Collins https://www.andrewcollins.com/ … source

An ancient hidden message has been discovered at Giza Plateau. Incredibly, when deciphered fully, the message indicates that Thoth was the designer