An article in the magazine The Horse entitled Carnivorous Horses by Dr Sue McDonnell in which she described horses killing and devouring other animals, spurred some letters to the editors from readers who had themselves witnessed some odd horse behavior. They related that a horse grabbed a goat with its teeth, shook it to death, and started tearing it apart and consumed the meat.  Three other horses also joined in and started tearing the goat’s flesh and eating it.  One man wrote, “ They all grabbed some part of the goat with their teeth and tore it to pieces with all the tugging and pulling.  The one that killed the goat had the biggest part of what was left… Soon, two little colts less than three months old came over to what was left and took some bites….standing there chewing and eating… My friend and I were absolutely stunned over what we had just witnessed .”  This may sound like an isolated, strange incident, but there is evidence of meat-eating horses all over the world, and historically (even in ancient times), it was common knowledge that certain horses regularly ate meat and hunted for their meals. 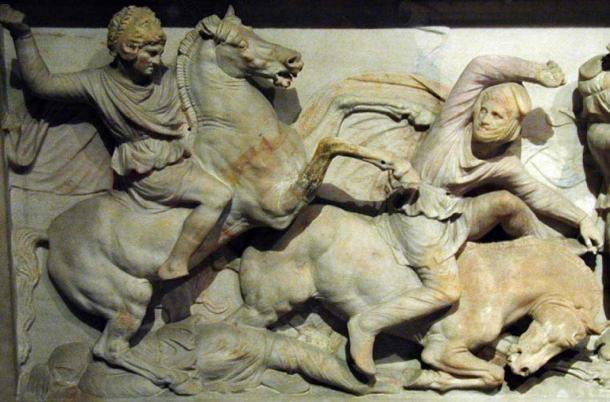 First, such horses show up in worldwide myths and legends.  The Greek King Diomedes had four horses, Deinos, Xanthos, Podargos, and Lampon who feasted on the flesh of humans who entered the kingdom, and Hercules was tasked with finding some horses who routinely murdered humans and bringing them back to Greece. While he was away fighting, the horses killed and ate his companion Abderos.  Alexander the Great tamed the meat-eating horse Bucephalus and later presented it to King Philip, who confined the horse to an iron cage upon realizing that it had murdered and ate human beings.  Disloyal subjects were thrown into the cage with the horse, where they were subsequently devoured.  Supposedly, when Alexander later visited the animal, he was horrified to see “ the remains of the numerous men it had slaughtered. ” 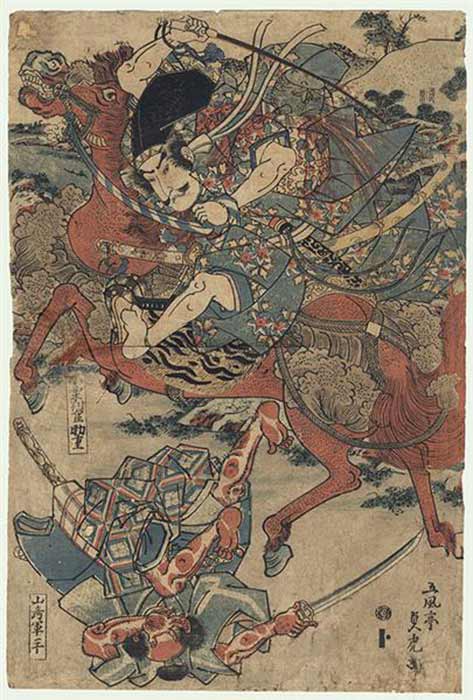 In Sagami Prefecture, Japan, a legendary horse was called Onikage, or “shadow demon,” and it was known as a vicious horse that ate human flesh after trampling his victims to death.

DR. KEN JEREMIAH has written several books about religions, mummification, and spirituality, including Living Buddhas, Christian Mummification, Eternal Remains. Making Millions: A 500-Year-Old Kabbalist’s Guide to Conquering Chance, and Zen Art, Zen Writing  Daily Meditations for Improving your Craft and Finding Joy in Life and Creatures Real and Imaginary in Chinese and Japanese Art: An Identification Guide and  Remnants from a Distant Past