Everyone loves a good, harmless prank. This was especially true for Filippo Brunelleschi, a Florentine man who famously got back at his friend for having failed to show up at a dinner party in Florence, Italy back in 1409. Brunelleschi, an Italian architect who has been called the founding father of Renaissance architecture, found that a multi-day mind game was a suitable punishment for the heinous crime of standing your friends up for dinner.

Passed down in the Novella del Grasso Legnajulo , known in English as The Fat Woodworker , by Antonio Manetti, this story is now known as the greatest historical prank, known as a beffe in Italian, of the Renaissance. But what exactly did Brunelleschi do, and how did it work so well? 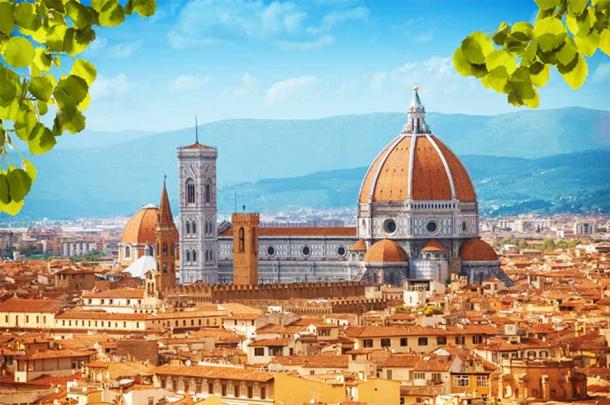 The Motivation for Filippo Brunelleschi’s Prank

Filippo Brunelleschi, best known for designing the dome of the Duomo in Florence, was one of many Italian intellectuals in the 15th century. Because of his love for architecture he often surrounded himself with others of similar intelligence and interests, including artisans, craftsmen, goldsmiths, and woodworkers. Manetto, the victim of the story, was a local woodworker known simply as “the fat one” due to his size. If you were to mention his nickname around town, anyone would know exactly who you were talking about.

These dinners were important to Filippo Brunelleschi, as they gave his circle of intellectuals and artists the opportunity to gather together and discuss new thoughts and ideas. It also opened up new possibilities to work together and combine their skills, as they could do more together than they could apart.

At this particular dinner in 1409, not a single person could say exactly why Manetto had failed to show up. However, it was noted that he had spurned the invitation, seemingly with no excuse. Brunelleschi’s plan was born from this supposed offense as a way to teach Manetto a lesson about manners and respect.

It’s important to recognize that the story was not recorded by the men who attended the party, but rather was written after the event by someone who heard the story secondhand. Antonio di Tuccio Manetti, an Italian mathematician and architect, was not born until 1423, several years after the prank allegedly took place. It is believed this story was so notorious that it was recounted for decades before Manetti wrote and published it as a short story in the late 1400s. 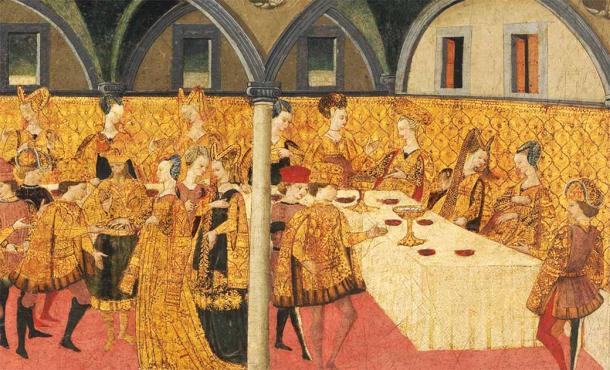 The cost of snubbing an invite to a Renaissance banquet seems to have been very high! Detail from painting of the Story of Esther. (Marco del Buono / CC0)

An Extreme Renaissance Prank with a Full Cast of Characters

At the dinner, Brunelleschi devised a plan to prank Manetto over the course of several days by convincing him that he had magically become a different person. The prank took a great deal of planning, as Brunelleschi had to come up with an entire cast of locals willing to take part in his mischievous shenanigans without accidentally revealing the plot in the process. It sounds easier said than done, but luckily for the cunning Brunelleschi he found a cast with relative ease.

Each of these “cast members” had specific roles to play and precise tasks to complete in order to fool Manetto fully. They were told that the goal was to trick Manetto into thinking he had switched identities with another local named Matteo. With each of these individuals playing their part, Manetto was sure to have a confusing time.

Manetto, shocked and confused, was ordered away from the home by Brunelleschi, who claimed through the door that he was in fact Manetto. Instead of arguing, Manetto left quickly to see if anyone else in town knew what was going on. This is when the other cast members came into play.

On reaching the town square, famous sculptor Donatello (cast member number two!) walked up to Manetto to greet him, referring to him only as Matteo. While Manetto desperately tried to get Donatello to tell him what was going on, a bailiff arrived and arrested Manetto under the charge of refusing to pay a debt. 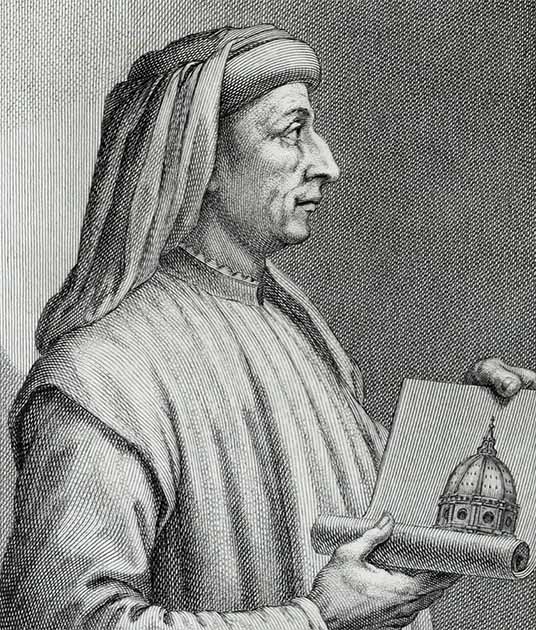 Taking it to the Next Level: The Cruel Prank of Filippo Brunelleschi

As Manetto disputed the charge, he realized he was being arrested under the name Matteo, and upon arriving at the prison, Manetto discovered the prisoners recognized him – not as Manetto, but as Matteo! Brunelleschi, a ruthless prankster, let Manetto spend the night in prison wondering what was happening.

Once morning came after a sleepless night, two men claiming to be Matteo’s brothers bailed Manetto out of jail. Instead of relief, Manetto was filled with shock when he discovered the two men appeared to recognize him, chastising him for ending up in jail again.

That night, Manetto ate dinner at Matteo’s home, listening to stories he was supposed to remember, with Matteo’s brothers blaming his poor memory on his frequent drunkenness. After dinner, Manetto fell into a deep sleep, not because of his lack of sleep the previous night, but because his “brothers” put a sleeping aid in his drink. 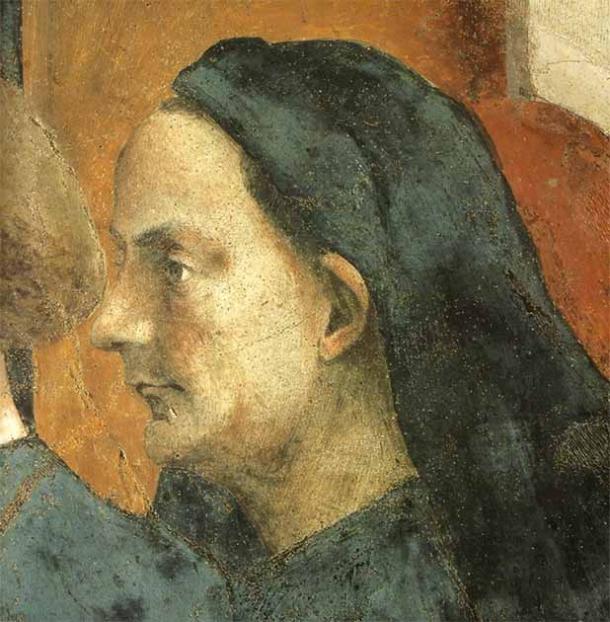 Once Manetto was asleep, the men took him and returned him to his actual house, laying him upside-down on his bed and rearranging many of his personal belongings. He awoke to the sound of a loud knock at the door and opened it to find his two “brothers” from the previous day, though this time they treated him differently, calling him Manetto, and not Matteo.

They explained that they had come to investigate claims made by their brother Matteo, who alleged he had swapped identities with Manetto during the previous two days. Matteo showed up as well and, peering into the house, claimed he had, indeed, spent the last two days there in a state of confusion.

Matteo also claimed that during that time he had had dinner with Manetto’s mother, who lived locally. Upon describing his experience, Manetto realized that this strange story must have been real and not just a dream. He shared his own experiences from the last few days, and the three men departed from Manetto’s home agreeing the situation was mystifying.

It wasn’t until a few days later, when Manetto had dinner with his mother, that he discovered the ruse. She claimed she hadn’t been in town during the days the swapped identities had taken place, revealing a grave error in Matteo’s story. 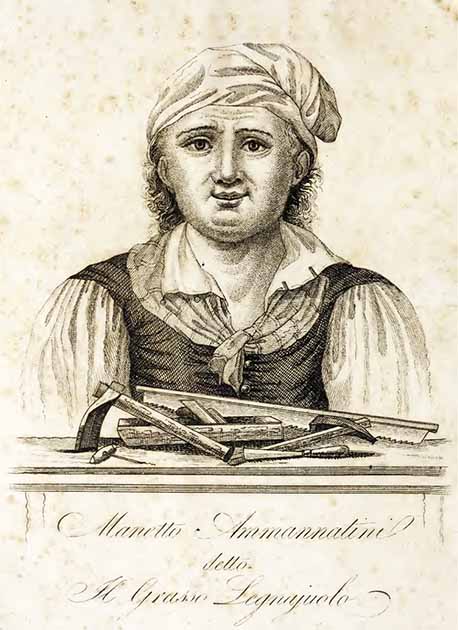 Etching of Manetto, who was pranked by Filippo Brunelleschi, in The Fat Woodworker. ( Public domain )

A Lesson for the Ages: Mind Your Manners

Though Manetto suspected Filippo Brunelleschi was behind the famous historic prank , he didn’t confront him immediately due to his embarrassment. Between the members at the party, the bailiff, and the prisoners, Brunelleschi had come up with an impressive cast of characters willing to follow through with this elaborate ruse. Manetto felt incredibly foolish, not only for having fallen for the prank, but also on realizing just how many people in his hometown were willing to make a fool of him.

Brunelleschi took gaslighting to a whole new level when it came to his practical joke on Manetto. Manetto was so embarrassed for falling for this prank that he immediately moved from Florence to Hungary to work with a mercenary there, without saying a single word to anyone. It’s hard to blame him – it would certainly be hard to show your face around town after such an extreme scheme.

Luckily, things didn’t end up so badly for poor Manetto. During his time in Hungary, he actually became extremely wealthy and successful. According to the story, Manetto returned to Florence years later for a visit and reunited with Filippo Brunelleschi, whereby they were able to laugh about the intricate hoax.

Though it’s not quite clear if Manetto learned his lesson when it came to standing his friends up for dinner, Brunelleschi’s famous prank certainly teaches us a lesson today. If you think any of your friends are as petty or crafty as Brunelleschi, you may want to reconsider skipping dinner with them next weekend. Before you know it, you may find yourself with an entirely new identity.

Top image: Detail of an etching of Manetto, who was pranked by Filippo Brunelleschi, from The Fat Woodworker. Source: Public domain