For many years, a hoard of Roman coins uncovered in Transylvania in 1713 were thought to be forgeries, with the ancient coinage displaying the name of an apparently “lost” emperor known as Sponsian. The Sponsian coins had been minted using a distinct method to common coins, and were generally unlike the Roman coins from the time.

A new study and analysis, however, has authenticated the coins dated to the 260s AD, saving a “fake” emperor from being lost from the annals of history. “We’re very confident that they’re authentic,” said Prof Paul Pearson, who led the research at University College London. “Our evidence suggests Sponsian ruled Roman Dacia, an isolated gold-mining outpost, at a time when the Roman Empire was beset by civil wars and the borderlands were overrun by plundering invaders,” he added. Their study was published in the journal PLOS One . 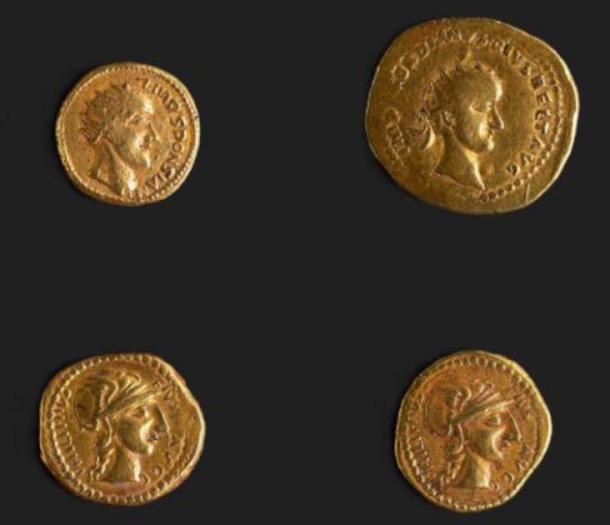 Coining the Emperor’s Power: Are the Sponsian Coins Real or Fake?

The authenticated gold aurei coins have huge repercussions for a missing part of Roman history. Discovered in Transylvania, they were originally declared fakes in the mid-19th century by Henry Cohen, a leading expert at the time. Apart from the method used for their manufacture, and lack of likeness, these Sponsian coins also varied in weight and had mixed up motifs and messy inscriptions.

Henry Cohen had also relied on the fact that imitation Roman coins from outside the empire were in circulation and that there were several Renaissance era forgeries. These fairly realistic fakes had befuddled a great many experts before him. One of theories was that a famed and sophisticated Viennese fraudster was responsible for such fraudulent Roman coins.

The Transylvania batch of Sponsian coins were parcelled out to several locations, including The Hunterian museum in Glasgow, where they had remained hidden in wooden cabinets, reports The Guardian . The UCL researchers analysed the Roman coins , three of them displaying other Roman emperors , including Gordian III and Philip the Arab, using a range of new techniques, including light microscopy, ultra-violet imaging, scanning electron microscopy, and reflection mode Fourier transform infra-red spectroscopy.

The Sponsian coins displayed micro-abrasive patterns typically associated with coins that had been in circulation for a long period of time. The coins were also rife with earth deposits, which suggested that the coins were buried for a long period after discovery, according to a PLOS press release. Simply based on their weight in gold, the Roman coins are valuable – the assemblage would be worth a whopping $20,000 (£16,700) in modern value! 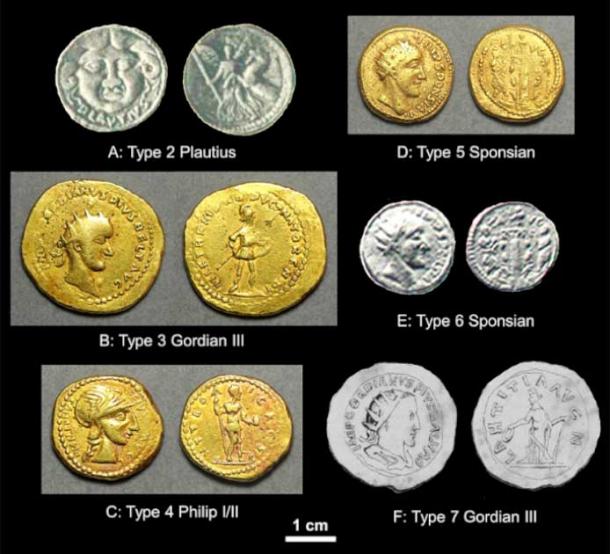 While confirming their authenticity, Pearson has exercised a degree of caution in fully establishing Sponsian’s identity. No historical records corroborate the existence of Sponsian or his imperial powers.

Throughout history, including modern history, coinage has always been a symbol of power, allure, and authority. Changing regimes or emperors in history always brought with them the desire to have their name stamped on coins as a mark of authority. It was a sure shot way of remembrance, or so the respective emperors thought. 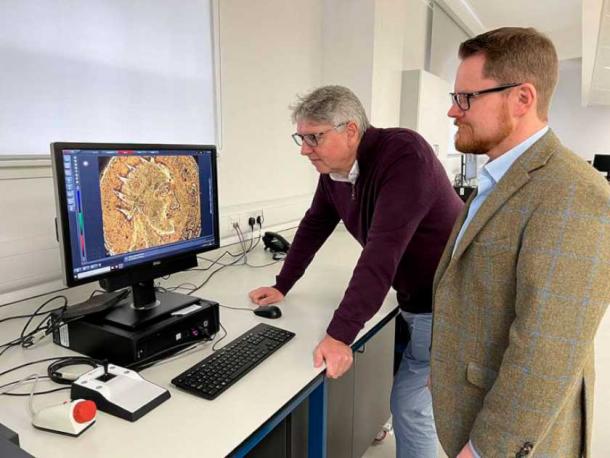 Professor Paul N. Pearson and Jesper Ericsson look at the Sponsian coin under a microscope. ( The Hunterian / University of Glasgow )

Sponsian was clearly aware of this too, but was unable to receive official local issues from the minting centre in Rome. Unable to contain himself, it appears that he authorized the creation of locally produced coins, with some featuring an image of his face. Since he ruled over an isolated frontier territory, he would have used these coins to support a functioning economy here.

With the late 3rd century being a period of great turbulence and unrest, the bar for being an emperor was very low. In all likelihood, Sponsian commanded at least two Roman legions and associated auxiliary personnel, without ever having ruled or held power in Rome itself. Dacia, the final frontier, was the last to be conquered, and first to be abandoned, according to a Newsweek report.

“Not only do we hope that this encourages further debate about Sponsian as a historical figure, but also the investigation of coins relating to him held in other museums across Europe,” concluded Jesper Ericsson, the Curator of Numismatics at The Hunterian. These controversial Sponsian coins are on display at The Hunterian museum in Glasgow.