Archaeologists in Norway have developed, tested, and deployed a new ground-penetrating radar technique. The results of their work include the discovery of a 30 foot (9 meters) long and 5 foot (1.5 meter) wide Viking burial boat. Able to carry six men at any one time, this example is larger than most of the other boat burials found in Norway.

The team of researchers were from the Norwegian Institute for Cultural Heritage Research (NIKU) based in Oslo. Their new method of using ground penetrating radar led to the discovery of the burial boat 30 feet (9 meters) underground. It is currently believed the vessel might have been the watery grave of a high-status Viking. NIKU said these larger burial boats represent some of the most ‘richly-equipped Viking tombs’ and that they were ‘the preserve of the most elite in a community’. 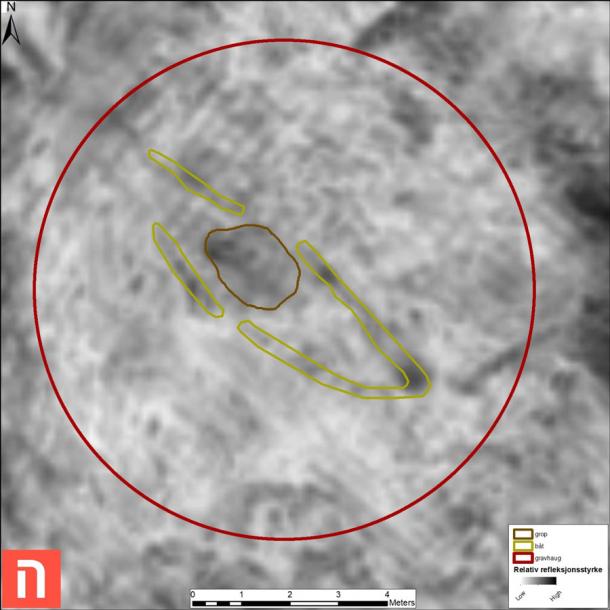 A Geophysics First for Norway

The discovery was made during a survey of a section of the planned E39 highway, near Øyesletta in western Norway. Øyesletta, and the surrounding municipality of Kvinesdal, were already known to archaeologists as Viking burial sites, but this discovery represents the first time a ´boat grave´ has been found. Project manager Manuel Gabler said the team have ‘many years of experience with large-scale archeological geophysics in different parts of Norway.’ But this discovery represents the ‘first time that we systematically used the method.’

Archaeologist Jani Causevic said nothing is known about the person buried in the boat. However, it is known that all other ship burials were for community elites, and Causevic said it is most likely the individual was of high status. ‘Boats were an expensive thing back in the day,’ he said, adding ‘whoever is buried there was probably someone important, and they wanted to signify that by giving them a rich burial. Usually people of high status would be given a boat burial. ‘ 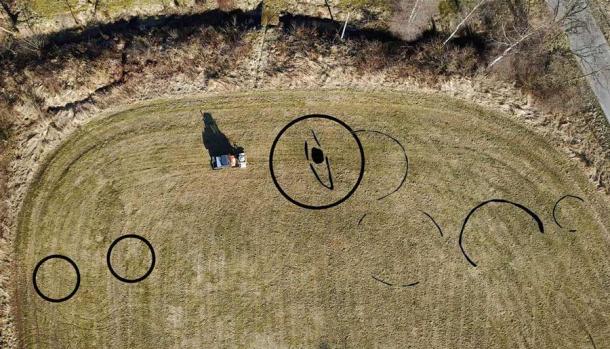 Norwegian scientists have found a Viking burial boat, as well as a number of burial mounds. The boat is marked in the middle. Source: Jani Causevic, NIKU

The boat was discovered with several smaller burial mounds in a coastal Viking community. Boat graves are associated with the late Iron Age, which occurred around 800 AD across Scandinavia, and with the following Viking age from 793 – 1066 AD. According to an article in Daily Mail what is ´incredibly exciting,’ for Mr. Causevic and his team is that the newly-discovered boat is large enough to have held 6 people.

NIKU’s Nils Ole Sandet is project manager with the local government, who said boat graves represent a special burial custom in many coastal Viking settlements, both in and outside Norway. The discovery means archaeologists can now better ‘understand and convey better stories about society and the use of Øyesletta in the Iron Age.’ Project manager Manuel Gabler said it was ‘great fun’ testing and demonstrating how the new scanning method can be used practically to make ‘such an exciting discovery’.

It would be great to finish this article with a list of booty and Viking burial artifacts. However, this boat grave has not yet been excavated and any onboard treasures remain unknown. Furthermore, what is also unknown is what will be done with the ship in the near and long term future, said Causevic.

Seldom do we ever hear about archaeologists supporting the building of new roads through archaeologically important sites. But in this instance the team is completely behind the planned route. The situation in Norway right now, according to Mr. Causevic, is a complex one. But he explained that if the new road passes through the Viking site it will be excavated before the construction work begins. However, if the planners opt for an alternative route then this boat burial, and other identified sites of interest around it, will be left where they are for perhaps another 1,200 years. 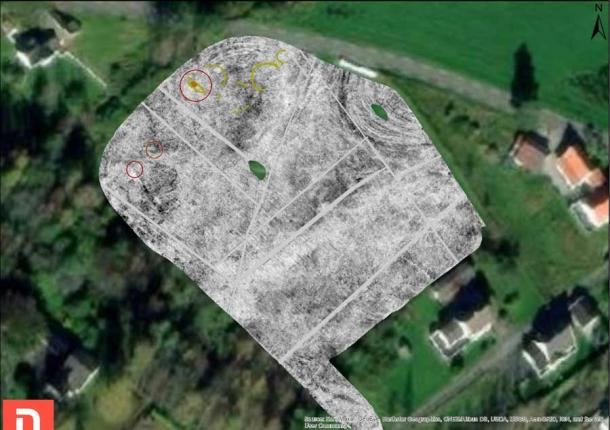 At Øyesletta, the georadar surveys have not only uncovered a boat grave, but also a number of burial mounds. ( Jani Causevic, NIKU )