Scientists from the University of Haifa in Israel have been studying an ancient shipwreck off the Mediterranean coast of Israel. The Ma‘agan Mikhael B shipwreck has provided a rich haul of artifacts to help them piece together its story. But that is not all. The well-preserved remains of the ship also contain an unusual source of information. The skeletons of rats that once infested the ship are proving to be very useful in finding out more about life aboard the ship before it ran aground, cutting short its career.

The Ma‘agan Mikhael B, Its Cargo and a Crew of Diverse Faiths

According to the Leon Recanati Institute for Maritime Studies website, the Ma’agan Mikhael B is a 25-meter (82 feet)-long merchant ship that sank 70 m (229 feet) off the Mediterranean coast of Israel in the seventh-eighth centuries AD. It is sunk in water at a depth of 3 meters (9.8 feet) and is buried 1.5 meters (4.9 feet) under sand. 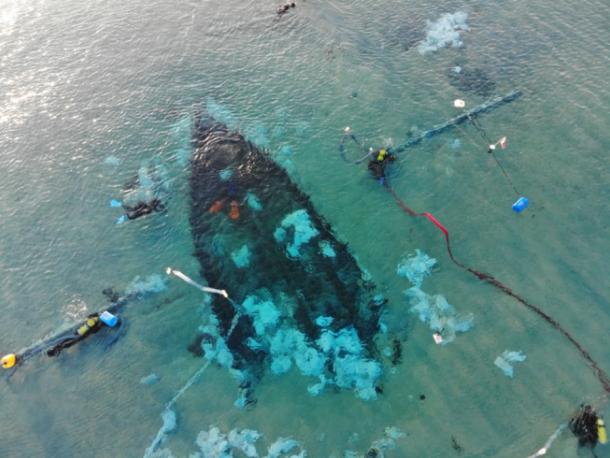 The ship is in an excellent state of preservation with keel, end posts, aprons, framing timbers, hull planks, stringers, bulkheads, and the mast step. In short, the entire hull remains intact. Much of its cargo and sailors’ articles of daily use have also been discovered.

Most significant has been the find of the “largest maritime cargo assemblage of Byzantine and Early Islamic ceramics discovered along the Israeli coast to date,” according to preliminary findings of the study published in the Journal of the Council for British Research in the Levant . These consist largely of late Roman amphorae and globular amphorae, several of them bearing inscriptions.

Jugs, bowls, cooking ware were also found in complete as well as fragmented state. Many of the jars had stoppers of leather, stone or ceramic and contained the remains of preserved foodstuffs. The ship appeared to be carrying a cargo, among other things, of walnuts from Turkey and fish sauce made of fish caught in the Sea of Galilee . 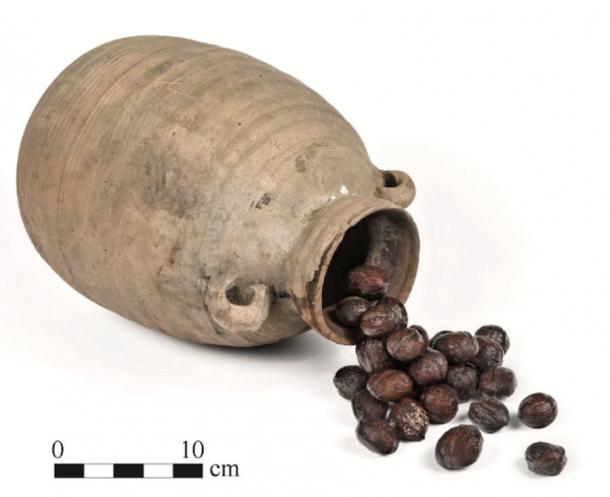 Rigging gear, wooden artifacts, organic remains, glassware, coins, bricks and ballast stones were also found aboard the wrecked ship. Given the vast array of artifacts and the well-preserved ship body, the wreck provides important historical insights into ship construction, seamanship and seafaring, regional economic activity and daily life in the Levant when it roamed the oceans during Late Antiquity.

According to Business Insider , zooarchaeologist Sierra Harding, who is part of the project, explained that the ship was covered with sand immediately after it sank and this accounts for the remains being in such good shape.

Interestingly, the evidence points to the ship being manned by a crew of diverse faiths and possibly ethnicity. Harding said that Christian crosses were found alongside Muslim blessings such as ‘Bismillah’, meaning ‘in the name of God’, and Greek and Arabic letters carved into the walls. The absence of human remains indicates that the crew had a lucky escape when the ship sank close to shore. 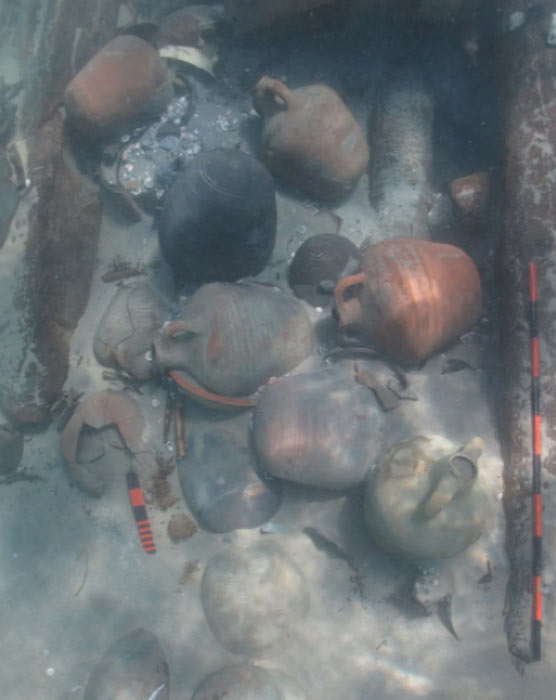 Rats! An Infestation and a Scourge Has Its Uses

Sailing rats have acquired a bad name in history. The 14th century Black Death , the bubonic plague epidemic that wiped out two-thirds of the population of Europe, is believed to have been caused by rats who traveled on ships and brought fleas and the plague with them.

Even if the rats aboard the Ma’agan Mikhael B weren’t carrying disease, and there’s no reason to believe they were, they must have been a source of great nuisance for the crew. Harding told Business Insider that this is the oldest and only direct evidence of a ship rat infestation that has been found on an ancient shipwreck in the Mediterranean.

Some of the remains were of black rats, a species that had reached the Middle East aboard trading ships from South Asia and India more than 2,000 years ago. However, dental morphology revealed that others were “exotic to the area”. They may have come from Tunisia or Corsica. Harding added:

“If it’s confirmed that some of these rats were actually from as far away as the central Mediterranean islands –what this really means is that there was a lot more communication, shipping, exchange, and trade happening during this period that is primarily depicted as just army and naval battles,”

The 7th-8th century merchantman Ma’agan Mikhael B seems have traveled across the Mediterranean region, stopping at several ports to trade cargo, inadvertently exchanging rats in the process. The final report of the international team of researchers led by Professor Deborah Cvikel will shed more light on maritime life and seafaring in the Levant region after they have pieced together the evidence from the shipwreck, including the ratty remains.

Top image: The Ma’agan Michael B Shipwreck. Source: A. Yurman / The Leon Recanati Institute for Maritime Studies, University of Haifa