Archaeologists in Egypt have uncovered a complete Roman-era residential city near Luxor Temple, including houses, bathrooms, and workshops dating back 1,800 years. The residential area is an extension of the ancient city of Tiba, an important city for ancient Egyptian religious, economic, and administrative systems.

The Ministry of Tourism and Antiquities in Egypt announced that the residential settlement was found by the Egyptian archaeological mission. Dr. Mustafa Waziri, Secretary-General of the Supreme Council for Archaeology, announced that it is the most important and oldest residential city in the Eastern Bar area of Luxor.

The Ancient City of Tiba

The ancient city of Tiba, was a religious center for the god Min, the god of fertility and harvest. The city was also a center for trade, as it was located on the Nile River. Tiba was known for the production of various goods such as wheat, barley and papyrus.

Archaeological evidence shows that Tiba was inhabited as early as the predynastic period and continued to be inhabited through the Roman period. Many temples and tombs have been found in the area, including a temple of Min and a tomb of the pharaoh Amenemhat II of the 12th dynasty. 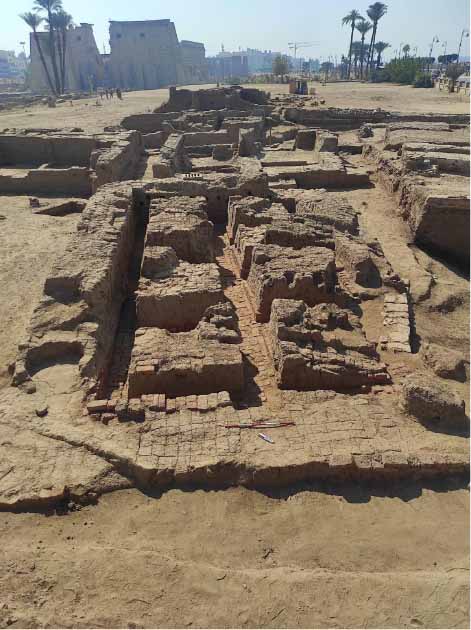 The excavations also yielded a large number of artifacts such as pots, water bottles, bells, pottery, grinding tools, and Roman coins made of copper and bronze. Dr. Waziri expressed excitement about the results of the season’s excavations and said that the mission will complete the excavation work on site, which may lead to the uncovering of more secrets of this city. 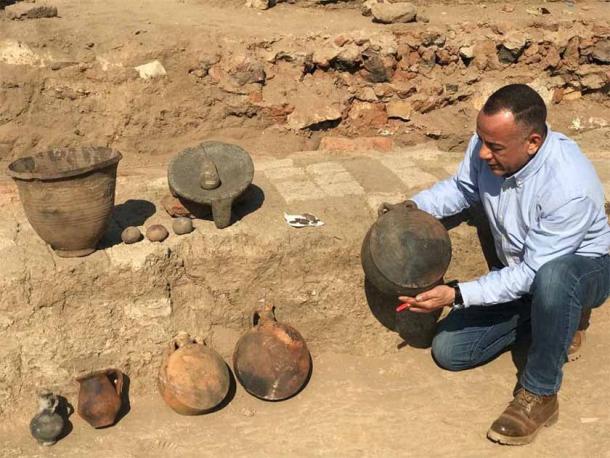 Some of the artifacts found during the excavations. Credit: Ministry of Tourism and Antiquities

Dr. Egypt’s Director General of Archaeology, Fathi Yassin, also commented on the discovery, noting that inside some pigeon towers, many pottery pots were found that were used as pigeon nests. Initial studies indicate that these were used starting in the Roman era. 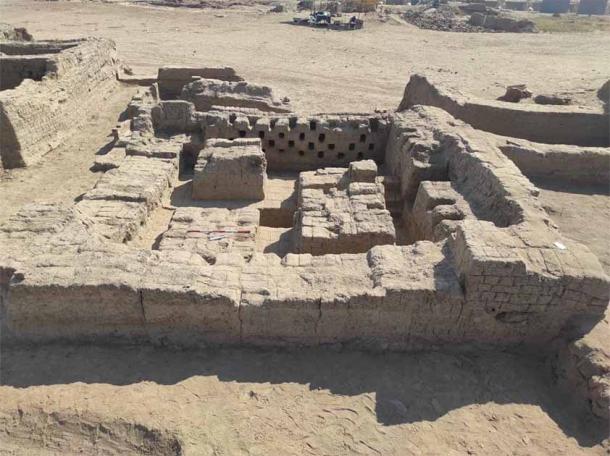 The pigeon holes found in one of the buildings. Credit: Ministry of Tourism and Antiquities

Luxor, also known as Thebes, was an important city in ancient Egypt, and it was also occupied by the Roman Empire during their period of rule in Egypt. The Roman presence in Luxor dates back to the 1st century BC, when the Roman Republic annexed Egypt as a province. The Roman Empire continued to rule Egypt for several centuries, and during this time, they established a strong presence in Luxor.

The Romans constructed a number of buildings and structures in Luxor, including several temples and a theater. They restored several major temples in the city, including the Temple of Luxor and the Temple of Karnak. They also built a number of villas and other residential buildings, like the ones just discovered. The latest finding adds to the growing body of knowledge about the rich history of the Luxor area and the ancient city of Tiba.