When were the Americas settled? When did humans first set foot there? These leading questions continue to baffle scientists and historians alike, as ever emerging new evidence sets the date back, or sometimes pushes it forward. General historical evidence and consensus has pointed to the arrival of the earliest inhabitant hunter-gatherers in the Americas from Asia, across the Bering Strait , around 14,200 years ago, concurred upon by a new study published in the scientific journal PLOS One , whose authors have rejected newer and more recent theories that point to a much earlier arrival. 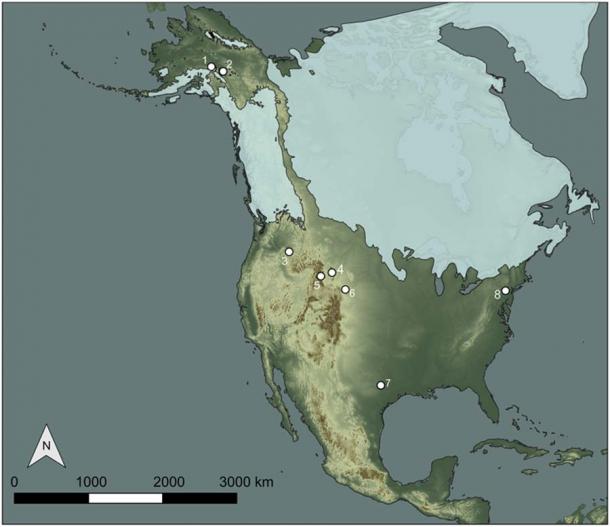 Map of sites used in the new study trying to understand the settling of the Americas. (Surovell et. al. / PLOS ONE )

This study, conducted by University of Wyoming (UW) Professor Todd Surovell, and worked upon by fellow colleagues from UW and five other institutions, points to a “misinterpretation of archaeological evidence” at certain sites in North and South America that has allowed for the emergence of contradicting theories. For this most recent study, the researchers primarily looked at three sites in the USA where claims of early human occupation had been made – two in Texas, and one in Idaho.

As recently as 2021, a study published in Science alleged that a series of human footprints from the exposed outcrops of Lake Otero in White Sands National Park in New Mexico dated back to 23,000 to 21,000 years ago. This time period has been associated with massive ice sheets that walled off human passage to North America. A plethora of recent discoveries in North and South America point to a site in Monte Verde in Chile as old as 18,500 years ago , and the Gault site in Texas upto 20,000 years ago. 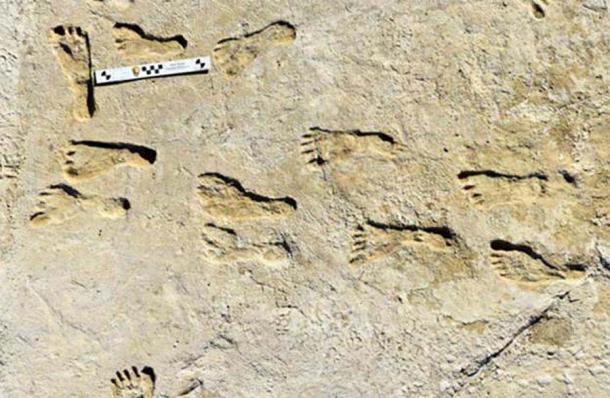 The ancient New Mexico footprints found at White Sands National Park, which could be dated because the footprints were embedded with native plant seeds. (Bennett et al. /  Science)

The Stratigraphic Integrity Index and the Science of Simulation

Surovell and his colleagues have developed a statistic called the Apparent Stratigraphic Integrity Index (ASII), applied to all sites that come before and after 13,000 years ago, north and south of the continental ice sheets. The ASII is a simulation that involves “modelling stratigraphic mixing of multicomponent archaeological sites to identify signatures of stratigraphic integrity in vertical artifact distributions,” the authors write in the study. Depositional and occupational history are held constant in this simulation.

The results point to a high stratigraphic integrity of early archaeological sites in Alaska, with strong evidence of unambiguous human occupation . However, the sites in more southern locations point to possible earlier human occupations which show signs of artifact mixing among multiple time periods, which has formed the basis of this study, and claims to refute the newer claims about earlier occupation.

The aforementioned sites were juxtaposed against the stratigraphic integrity of sites in Alaska, Wyoming and Pennsylvania, and it was found that all three sites revealed signs of stratigraphic mixing, while the new sites did not. “If humans managed to breach the continental ice sheets significantly before 13,000 years ago, there should be clear evidence for it in the form of at least some stratigraphically discrete archaeological components with a relatively high artifact count. So far, no such evidence exists,” they posit in the study.

“(Our) findings support the hypothesis that the first human arrival to the New World occurred by at least 14,200 years ago in Beringia and by approximately 13,000 years ago in the temperate latitudes of North America. Strong evidence for human presence before those dates has yet to be identified in the archaeological record,” write the authors. 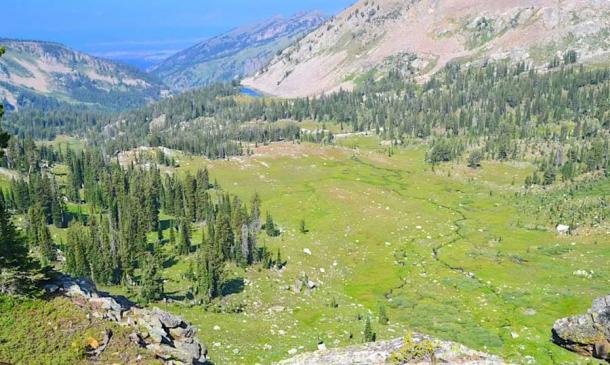 The Hell Gap archaeological site in eastern Wyoming was one of the sites included in the study. (Todd Surovell / University of Wyoming )

The authors also write that sites claiming to be older than 13,000 years are few and supporting data has been poorly disseminated. They go on to argue that there are no sites in the Americas that lie south of the ice sheets which point to a discrete stratigraphy and cultural occupation, and accompanying volumes of artifacts.

“At a minimum, it shows that, when stratigraphically discrete occupations are not present, additional studies must be performed to demonstrate that stratigraphic integrity of association between artifacts and dated strata exist.”

The authors have added an important disclaimer though – by no means do they allege that this ASII is a waterproof mechanism. Therefore, it is possible that humans colonized the Americas earlier, but logically, they were unable to produce stratigraphically discrete occupation surfaces, which would then have had a large number of artifacts. That was not the case when the ASII simulation was run. Future finds and different simulational-computational models which process data in different manners will eventually be able to answer one of history’s perennial mysteries.