Athens is perhaps most famous for being the birthplace of democracy. One of the cornerstones for the establishment of Athenian democracy was the introduction of a written law code that could only be enforced by a court. The institution of such a law code eliminated the (often unjust) interpretation of oral laws which were once the prerogative of the Athenian aristocrats. The man who was responsible for providing Athens with a written law code was the Athenian legislator, Draco. As one may already suspect from the common usage of the term ‘draconian’, which is synonymous with severity, Draco’s laws were brutal… and they were written in blood!

Draco lived in Athens during the 7 th century B.C. During this period, oral laws were used, and were under the control of the aristocratic class. This meant that the legal system was unfair, and could easily be exploited by the aristocratic class for their own benefit. It is said that Draco established his code of laws in 622/1 B.C. Apart from this, very little is known about Draco himself. According to folklore, Draco’s death was caused by his popularity. According to the story, whilst Draco was at the Aeginetan theatre, his supporters decided to show their approval in the traditional Greek manner, i.e. by throwing their hats, shirts and cloaks on his head. Such a great amount of these garments were thrown on him, however, that Draco suffocated and died. 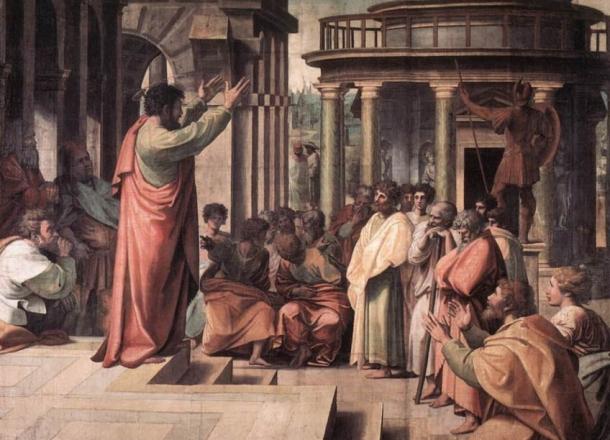 Prior to Draco, laws were given orally ( ancientcivilisations77)

Returning to Draco’s laws, they were first written on wooden tablets. This meant that all who were literate would be able to know the contents of his laws. According to Aristotle, one of the few ancient sources we have for Draco, the laws were written in human blood, not ink. Although a literal reading may be applied, a metaphorical interpretation may also be valid.

Apart from the wooden tablets, which were said to have lasted for 200 years, Draco’s laws were also chiselled onto stone tablets. Whilst stone is definitely a more durable material than wood, its inscriptions may be lost through weathering after being exposed to the elements over the centuries. Thus, the original content of Draco’s laws are lost to us, and only preserved by Aristotle. A relatively new technology, however, may be able to reveal the hidden texts on stone stelae. This is the X-ray fluorescence imaging that was developed by researchers at Cornell University. This process relies on detecting traces of pigments which were used to paint the letters when they were chiselled. As these pigments usually contained metal oxides and sulphides, an image of the letters may be produced. Thus, there is hope that Draco’s original laws may one day be available to us. 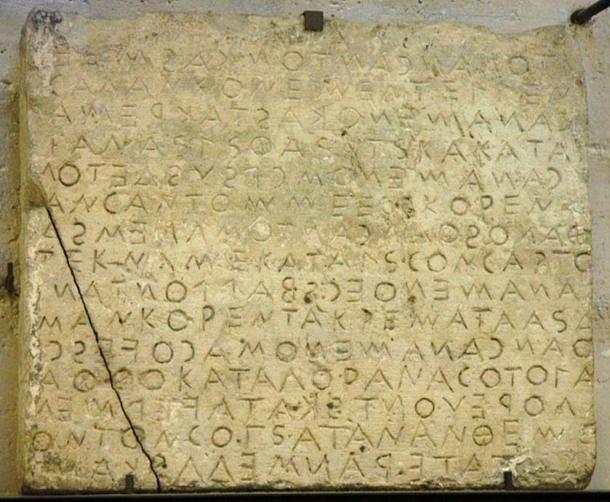 Plutarch, another ancient source for Draco, in his Life of Solon, claims that the penalty for the theft of an apple or a cabbage was death, and you could have someone made your personal slave if they owed you money. The writer also records that when Draco was asked the reason for making execution the punishment for most offences, the reply was that ‘Small ones deserve that (i.e. death), and I have no higher for the greater crimes.’ With so much human blood shed in the dispensation of justice, it is no wonder that Draco’s laws were said to be written in blood.

Executions were typically carried out in three different ways. The first involved throwing the sentenced person down a deep chasm or pit. The second was to leave the accused to die of exposure and thirst, usually tied to a wooden board, and the third was death by drinking poisonous hemlock. This was how the philosopher Socrates ultimately met his end. 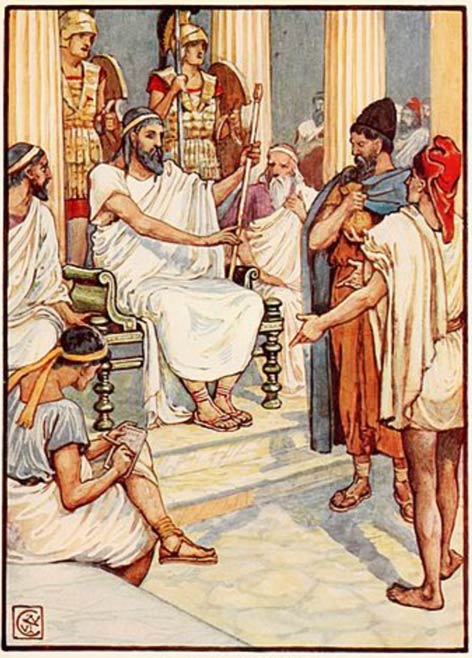 Despite the fact that Draco’s laws granted equality before the law to all citizens of Athens regardless of heritage, social class, or wealth, it is undeniable that the penalties they imposed were brutal and severe, particularly in their punishment of small crimes with death. Less than half a century later, all of Draco’s laws, with the exception of the homicide law, were repealed and replaced by the new laws provided by the ‘Father of Modern Western Law’, Solon of Athens. Nevertheless, it was Draco who first paved the way for equality before the law and democracy in Athens, and thus ought to be remembered for that.