A couple weeks ago Mr. Charles Cartwright, an amateur British metal detectorist, took his machine out for an inaugural search in a field in Doddenham, Worcestershire, England. He’d been out for about two hours when suddenly the metal detector “went crazy.” No more than a quarter of a foot into the ground, Mr. Cartwright’s spade struck metal and the man was exhilarated – could this be a major discovery?

Wait? Is that a Plastic Bag?!

It was a major find, but not something you would have expected. Mr. Cartwright told BBC News that his excitement quickly turned to confusion:

“I put my spade in about a quarter of a foot and I heard it tinkle on something metal. I moved it to [one] side and I saw a large silver jug , so I uncovered that, lifted it out and it weighed a hell of a lot because it was full of water. Inside the jug was an Aldi plastic bag and inside that was the other 271 items.”

Mr. Cartwright said that the plastic bag was a clue that there was something not “quite right” about the treasure he’d unearthed, so he contacted the police. 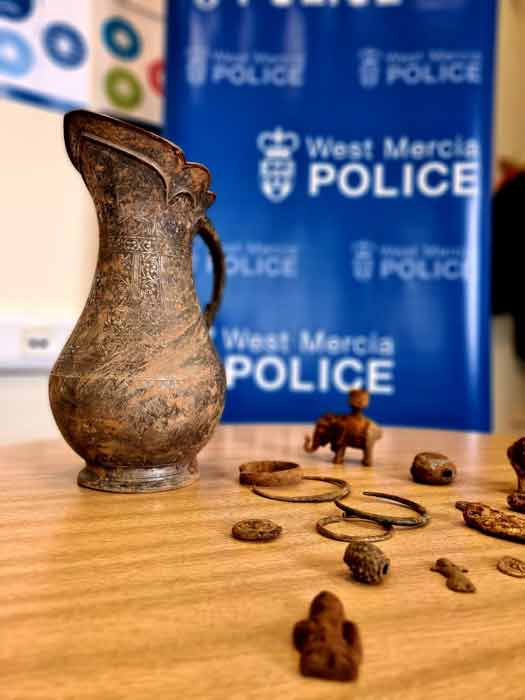 Some of the objects from the stolen treasure that was uncovered in a field in Worcestershire, England. ( West Mercia Police )

A complete description of the objects in the stolen treasure has not been provided, however, it’s known to include:

Finding the Owner of the Stolen Treasure

West Mercia Police said the stolen treasure is worth more than £5,000 (approximately 7077 USD). It was taken from a Shropshire home in 2017. The stolen treasure was traced back to the owner because some of the pieces still had auction tickets on them.

The stolen treasure’s owner, a collector who prefers to be anonymous, described the bizarre nature of the robbery four years ago:

“As well as many item from my collection, they took out the hot water cylinder and left the water running – this didn’t seem to make much sense initially – but several days of flooding left the house uninhabitable and they were able to return twice a fortnight later, break in again and search for further items.”

The collector said he was “extremely grateful” to Mr. Cartwright for reuniting him with some of his “favourite” pieces. He told West Mercia Police, “I really don’t know what to say. I am so pleased to get these items back, we had resided ourselves that we wouldn’t get them back as they had been gone that long, you just don’t even think about them being returned anymore.”

He offered Mr. Cartwright a reward for helping him with the stolen treasure , but it was declined.

However, BBC News reports that the two may meet some day in the future to talk about the interesting artifacts in the collection and their surprising re-discovery over “a pint or two.” “I have so many questions in relation to these items and can’t wait to speak to the owner. I can’t believe this is my first time out with the metal detector to find such an amazing find is just incredible,” Mr. Cartwright said. 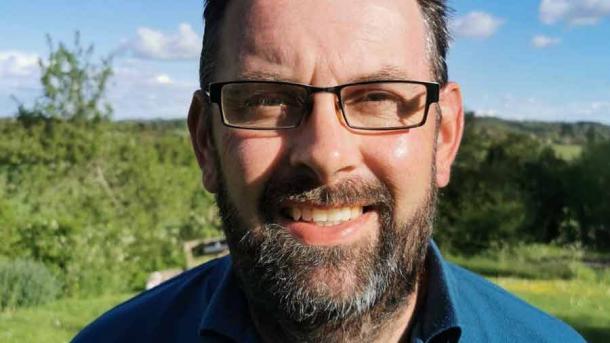 “I can’t believe this is my first time out with the metal detector to find such an amazing find is just incredible,” Mr. Cartwright said. ( Charles Cartwright )

For Mr. Cartwright, the whole event has been exciting and reached a satisfying end. “You always hear stories like this, but you never get to be a part of one. So it is exciting to be part of such a happy conclusion,” he said.

Top Image: Some of the objects from the stolen treasure that was uncovered in a field in Worcestershire, England. Source: West Mercia Police