The Therigatha ( Verses of the Elder Nuns ) is a collection of short poems by and about the early enlightened women in Buddhism. These women were the theris (senior ones) among ordained Buddhist women . They bore that epithet due to their religious achievements. Most of the gatha (poems) in the anthology are the songs of their experiences. With some of its poems dating as early as the late sixth century BC, while the poems of the Therigatha are clearly nowhere near as old as the poetry of the Rg Veda , for example, which had been orally transmitted since the second millennium BC, the poems in the Therigatha are still some of the earliest anthologies in India. 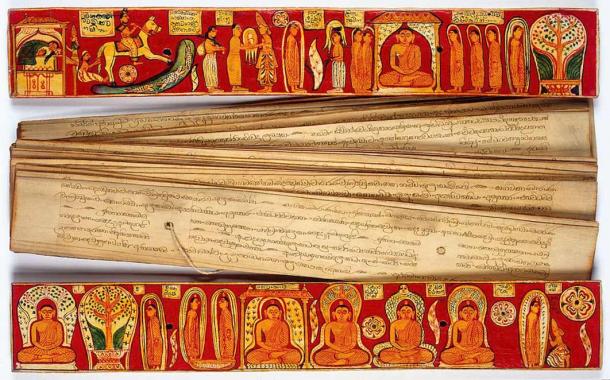 Illustrated Sinhalese covers (inside), and palm leaf pages, showing the events between the Bodhisattva’s renunciation and the request by Brahma Sahampati that he teach the doctrine after he becomes a Buddha ( Wellcome Images / CC BY-SA 4.0 )

As a collection, the Therigatha is also the first anthology of women’s literature in the world. Consisting of 494 poems, the  Therigatha contains passages reaffirming the view that, in terms of spiritual attainment, women are equal men. It also contains verses that highlight the issues which were of particular relevance to women in ancient South Asian society at the time. 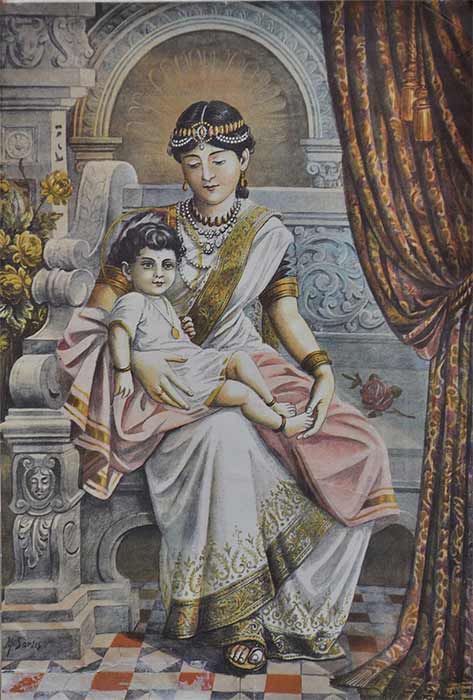 Included in the  Therigatha are the verses of women who had lost their families and mothers whose children had died. Pañcasata Patacara, one of the leading women of the Buddha’s order of nuns, is credited as the author of a tender poem of a mother conquering her grief over the death of her son ( Therigata VI.1 ). In the same theme is the story of Vasitthi the Madwoman ( Therigata VI.2 ). Overwhelmed with grief after the death of her son, Vasitthi wandered alone, naked, destitute and mad with grief. She later met the Buddha and heard his teachings. She soon joined the order of nuns and, feeling that she finally “ comprehended the grounds from which grief comes to play ”, Vasitthi spent the remainder of her life blissfully spreading the Dhamma and, like Patacara, helping other women who were overcome by grief regain their sanity and deal with the pain of their loss.

Other poems include the story of Vimala, a former courtesan who became a nun ( TherigataV.2), verses by the Buddha’s own stepmother, Mahapajapati Gautami ( Therigata VI.6 ) who sings the praises of her stepson, and the unusual journey of Bhadda Kundalakesa, ( Therigata V. 9) a daughter of the king’s treasurer who murdered her husband and set out to live the life of an aesthetic.

Martini Fisher is an Ancient Historian and author of many books, including  “Horatio’s World”  | Check out MartiniFisher.com