Richard Dolan interviews Allan Lavigne, who not only was an active member of the Anomalous Phenomena Research Organization (APRO) from 1974 to 1980, but was close to its founders James and Coral Lorenzen. Allan has never given an interview before and has a great deal to say. He was the first person to speak with […] Richard Dolan interviews an anonymous co-author of a new paper titled “Loose Threads” that analyzes a number of recently leaked documents (Davis-Wilson, Oke Shannon Notes, Jack Houck notes) along with other documents, publications, and interviews to piece together a fascinating story of a group of individuals in the classified world trying to penetrate the secrets […] After almost sixty years, the murder of President John F. Kennedy remains an unresolved trauma in American and indeed world society. That’s because the truth behind his killing remains officially unacknowledged. The President was assassinated in a conspiracy, one crafted by the U.S. intelligence community and what we today would call the Deep State. Richard […] The Office of the Director of National Intelligence (ODNI) just released a classified version of the latest UAP report to selected members of Congress, something that has been covered by several mainstream sources. While the report itself isn’t available, there are expectations that it, or a declassified version of it, will be made available soon. […]

Why NASA's UFO Study Will Disappoint – The Richard Dolan Show

NASA has recently announced the beginning of a new “independent” study of UAP. Richard Dolan explains why this study will never be anything other than a rubber stamp to support the Pentagon’s drive to erase aliens from UAP. “Potential adversaries” are great, just not aliens. Join MEMBERSHIPS here on YouTube https://www.youtube.com/channel/UCnaIeNm-jSa1l8yHrn7PlQg/join Stop in at the […] There has been renewed discussion lately regarding the Davis-Wilson notes, which detail a meeting held in 2002 that discussed a deeply secret reverse-engineering program pertaining to extraterrestrial technology. Richard Dolan discusses the latest developments while also reviewing the notes themselves, his own personal connection to them, the arguments supporting their authenticity, and most importantly the […] Tracey was interviewed by longtime UFO researcher and former head of Phoenix MUFON Jim Mann as the very first guest of his new program, Dark Window. Tracey discussed techniques and practices of remote viewing, the phenomenon of “hooded beings,” and the UFO abduction phenomenon in general. This interview is posted here with the kind permission […]

How Many UFOs are there REALLY? | The Richard Dolan Show Despite many years of investigation of UAP/UFOs, researchers have never asked the basic questions: how many sightings are there around the world and how many craft are responsible? Richard Dolan offers his own estimates on these fundamental questions. Join MEMBERSHIPS here on YouTube https://www.youtube.com/channel/UCnaIeNm-jSa1l8yHrn7PlQg/join Stop in at the Official Richard Dolan Store for autographed items, […] 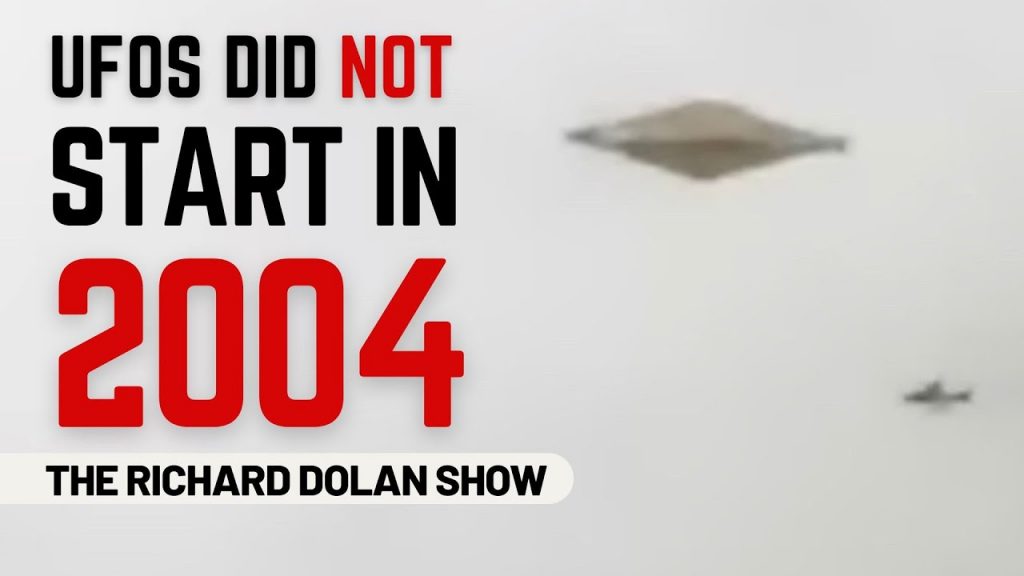 The Tic Tac UFO encounter of 2004 is rightly considered to be a very important event. Unfortunately, too much of our public discourse relating to UFOs or UAP now only focuses on encounters from that point onward, and very little of the incredible rich story of 20th century UFOs is ever discussed in mainstream/establishment venues. […]