Noam Chomsky remembers the life and legacy of longtime peace and civil rights activist, lawyer and author Staughton Lynd, who has died at the age of 92. Lynd faced professional blowback after he was a conscientious objector during the Korean War and an outspoken critic of the Vietnam War, and later supported U.S. soldiers who […] Russia has launched its largest strikes on Ukraine in months, attacking civilian areas in Kyiv and nine other cities just two days after President Vladimir Putin had accused Ukraine of blowing up a key bridge connecting Russia to Crimea. As the war continues to escalate in Ukraine, we feature an interview recorded earlier this month […]

Noam Chomsky & Vijay Prashad on Ukraine, Why U.S. Must Negotiate with Russia & What Media Gets Wrong We speak to world-renowned political dissident Noam Chomsky and political writer Vijay Prashad about the Russian war in Ukraine, now in its eighth month. When it comes to continuing the war rather than negotiating a peace settlement, “the United States and Britain are pretty isolated on this,” says Chomsky. “The United States saw Ukraine as […]

Noam Chomsky & Vijay Prashad: A Lula Victory in Brazil Could Help Save the Planet “The Myth of Normal”: Dr. Gabor Maté on Trauma, Illness and Healing in a Toxic Culture In an extended interview, acclaimed physician and author Dr. Gabor Maté discusses his new book, just out, called “The Myth of Normal: Trauma, Illness, and Healing in a Toxic Culture.” “The very values of a society are traumatizing for a lot of people,” says Maté, who argues in his book that “psychological trauma, woundedness, underlies […] We look at how the Ukraine war is contributing to an energy crisis across Europe with Greek politician and economist Yanis Varoufakis. Last week Russia announced it would not resume sending natural gas to Europe via the Nord Stream 1 pipeline, blaming Western sanctions for supposed maintenance delays keeping the gas shut off. Prior to […] We host a roundtable on the life and legacy of Britain’s Queen Elizabeth II, who died Thursday at the age of 96. She was the country’s longest-reigning monarch, serving for 70 years and presiding over the end of the British Empire. Her death set off a period of national mourning in the U.K. and has […]

Mike Pompeo & CIA Sued for Spying on Americans Who Visited Julian Assange in Embassy in U.K. 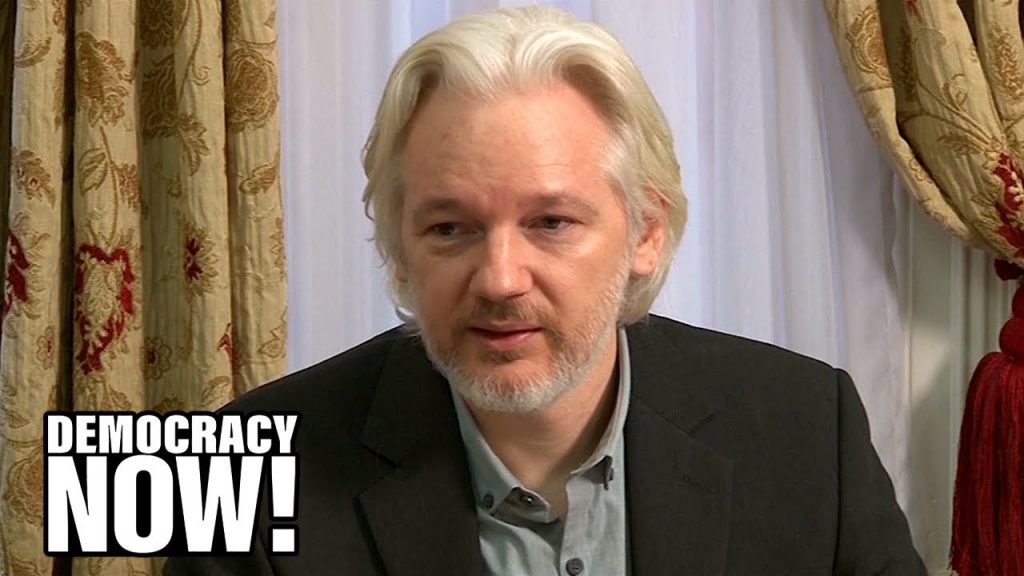 Lawyers and journalists sued the CIA and former CIA Director Mike Pompeo Monday for spying on them while they met Julian Assange when he was living in the Ecuadorian Embassy in London, where he had political asylum. The lawsuit is being filed as Britain prepares to extradite the WikiLeaks founder to the United States, where […]

As “Battle of the Donbas” Begins, Russia Launches 1,200+ Strikes Across Ukraine; 7 Killed in Lviv

Ukraine’s president says Russia has started a major offensive to seize the Donbas region of eastern Ukraine while launching missiles at targets across the country. We go outside of Kyiv to get an update from Peter Zalmayev, director of the Eurasia Democracy Initiative. Facing a stronger resistance from Ukrainian defenses than anticipated, Russian President Vladimir […]

French President Emmanuel Macron and far-right candidate Marine Le Pen are headed to a runoff on April 24 after winning the most votes in France’s first round of presidential elections on Sunday. We speak with Rokhaya Diallo, French journalist and writer, who says France’s political landscape is now dominated by three parties — the far-right, […]