The Battle of Trafalgar, right off the coast from Cape Trafalgar is the site of one of European history’s most famous battles – Napoleon’s fleet, with his Spanish allies, getting routed by the British Royal Navy in 1805. The sand dunes of Cape Trafalgar have recently emerged as the site of the latest Roman baths in Spain, which were in impeccably preserved condition. “It [latest Roman baths in Spain] is a structure that has an exceptional state of conservation for the Iberian Peninsula and the western Mediterranean in general,” said Darío Bernal, a professor of archaeology at the University of Cádiz, in an EFE press release.

Archaeologists from the University of Cadiz carrying out the “Arqueostra” research project and conducting excavations in the area were on the lookout for cape and bay sites like Cape Trafalgar , where production of fish products occurred on a massif scale during the Roman period and this is how they stumbled upon at the recently discovered Roman baths in Spain. As per Murcia Today , pungent fish sauces were produced extensively in the Trafalgar region, as fish was an integral part of the Roman diet. Interior of the latest Roman baths in Spain, which were discovered beneath the sand dune of Cape Trafalgar (Roman Rios / EFE)

Their surprise was surpassed by the that of the locals, who had been crossing these sand dunes on a daily basis and had no idea that a 2,000-year-old Roman bath was below them. The archaeology team were under the impression that the first parts of the structure they identified were ruins of a fish or crustacean farm.

High levels of preservation were found at the recently discovered Roman baths in Spain, probably because of the sand dunes, with some semblance of foundational architecture remaining.

According to the Spanish national EFE agency the latest Roman baths in Spain, on the contrary, have entire walls, doors and windows intact, which were all in great condition. The structure is 4 meters (13.1 feet) tall and still reveals its sophistication as a rural bath complex, which was fueled by an oven-like mechanism that caused hot-air currents to warm the walls and floor.

Prior Spanish Roman discoveries have tended to be in much poorer conditions and this was especially true of other previously discovered Roman baths in Spain, which are notorious for being found in abject states. As recently as 2020, Roman baths were found in Toledo , traced to the mid-1 st century AD, but were in poor conditions. Like the baths found at Trafalgar, they too possessed a communitarian purpose and functioned as a public facility as opposed to baths for the elites. 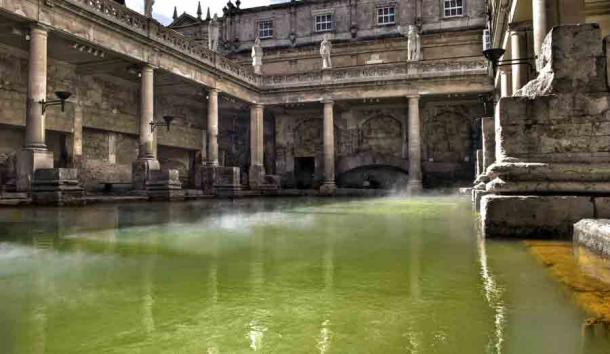 The Importance of Baths in Roman Culture

According to La Prensa Latina , the recently discovered Roman baths in Spain probably served as a communal bath for local workers, who did heavy, sweaty coastal labor, such as fish farming or salting.

In fact, Roman baths have a long history of communal bathing and congregation, as explored by Haley Mowdy from Texas Woman’s University. According to her (and many others who’ve done extensive research on the subject), Roman baths were the single most characteristic feature of Roman culture.

In fact, by some estimates, public, communal Roman bath houses numbered around 856 by the 4th century AD, as per the registration records from the Roman regional catalogues. They were called either thermae or balneae, with the former representing imperial bathing complexes, and the latter being smaller-scale (though both public and private).

Bathing was not only a preserve of the elites but was also widely enjoyed by the Roman general public . They were centers for congregating, discussing politics and entertainment, reading, and generally maintaining good levels of hygiene (though popular myths about this period in Roman history have often poked fun at their standards of hygiene).

Yet, there were wealthy bathers who came to the baths with slaves called capsarius, whose only role was to carry the master’s towels, oils and strigils. They also maintained a strict vigil, as it was common to have slaves and pick-pockets frequent these bathing areas.

In “ Bathing in Public in the Roman World ,” Garret G. Fagan writes how politicians would visit their constituents and other fellow citizens in these baths. Friends would meet and plan dinner parties. It was an ancient community center, with many additional lifestyle activities and pursuits wrapped together.