In 16th century Europe, anyone suffering from arthritis, bone pain, toothache or gout could trot down to their local pharmacy and pick themselves up a bottle of Axungia hominis (human fat ). Known colloquially as ‘poor sinners’ fat’, it was typically harvested from the bodies of executed prisoners.

Since ancient times, human and animal fat has been of great interest to physicians for its possible curative properties, but efforts to utilize fat in the production of medicine really took off in the 16th and 17th centuries across Europe, particularly in France and Germany.

For executioners, this meant big business! They would harvest the human fat from freshly-executed criminals and sell it to physicians and apothecaries by the pound. Until the mid-18th century, executioners in Germany would even administer their own homemade, human fat concoctions.

Precious fatty tissue didn’t just come from executed prisoners though. It was also harvested from fallen soldiers. After a bloody battle in the Siege of Ostend in 1601, Dutch surgeons swarmed the battlefield and set to work gathering as much fat as they could, which they then used in the treatment of their own soldiers’ wounds. 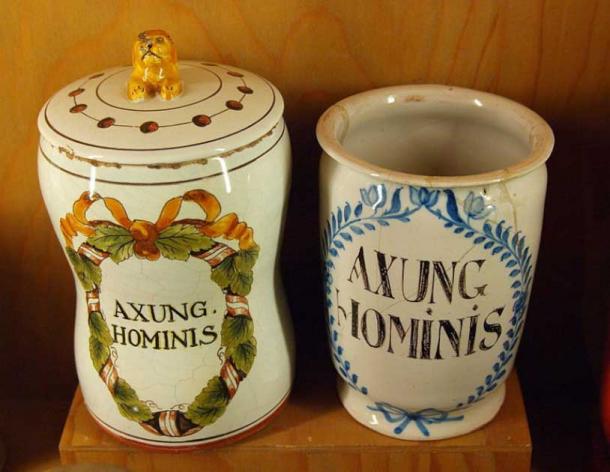 Human fat was used for treating a variety of ailments, typically in the form of an ointment that was rubbed on the skin or in fat-soaked bandages. It was believed to be particularly effective at reducing scarring, healing wounds, reducing joint pain, and fostering the growth of nerves and tendons.

The belief that human fat has healing properties was not entirely misguided. It is now known that fatty tissue can promote the growth of new blood vessels. In the early 1900s in Germany, human fat was still being used for wound disinfection and surgical treatment of scars, and until the 1960s, human fat from placentas was used in anti-wrinkle creams.

Eventually, the supply of human fat for use in medicine dwindled, as did the desire to use cream made from dead bodies!